“It was very evident right away that something was not right.” 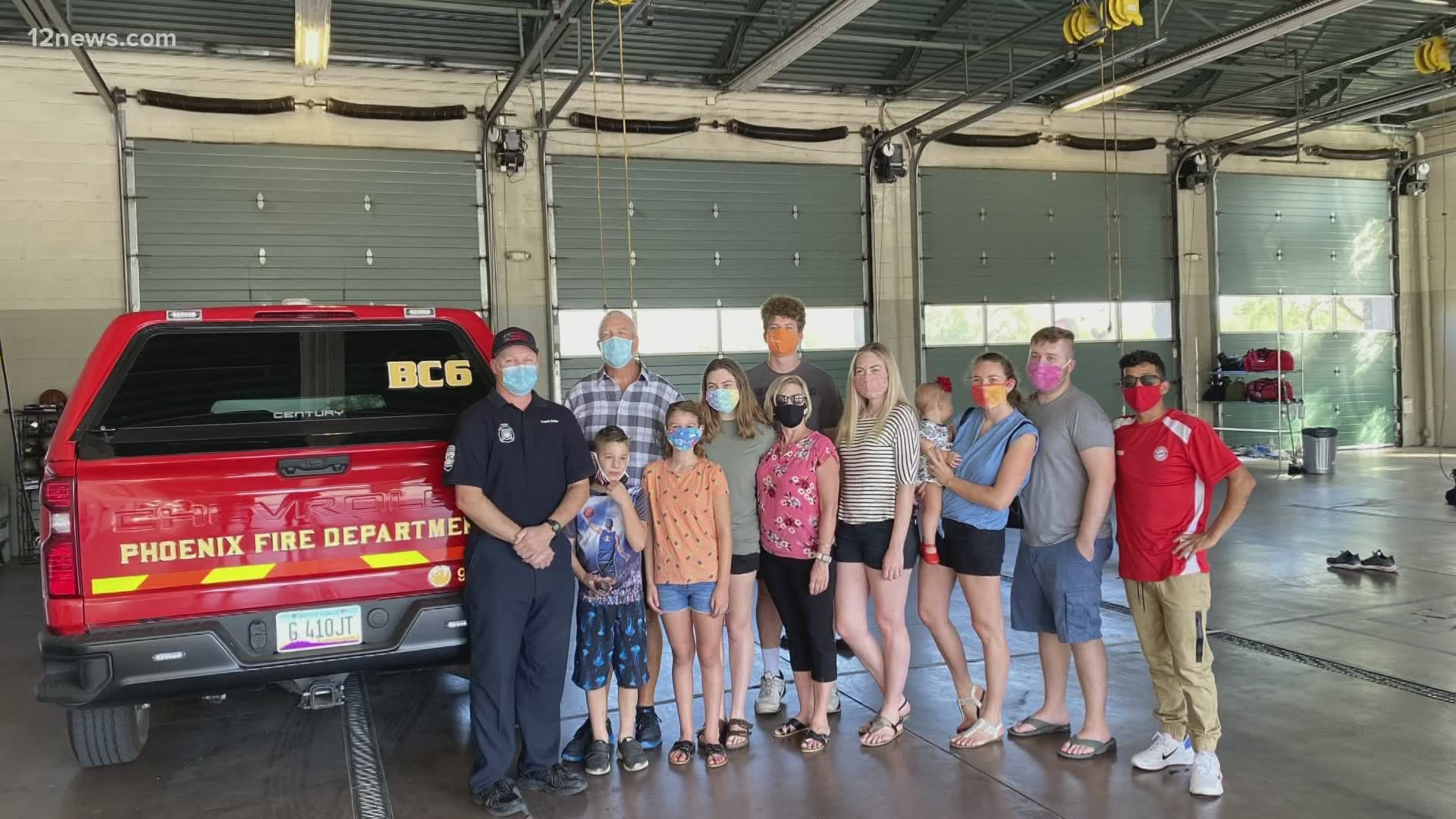 PHOENIX — A Valley man is alive thanks to the life-saving efforts of a Phoenix fire captain and restaurant workers who were in the right place and at the right time.

The United Phoenix Firefighters Association says it happened across the street from Phoenix Fire Station 56. UPFA says the engine company that runs that station was on another call at the time but Captain Frank Keller and his partner firefighter Eric Gonzales were there preparing to work on a brush truck that is in service for the summer months and heard the call for help.

“It was very evident right away that something was not right,” said Harris's wife Leslie who was in the car when her husband failed to respond to the Taco Bell employee taking the couples order. She says two employees immediately took action to help.

Captain Keller and Gonzales performed CPR on Harris for several minutes until the next closest engine company arrived.

“We put the pads on him. I shocked him one time and within a minute of one shock and more compressions, his heart started to beat on its own again,” said Keller.

After spending seven days in the hospital, Michael was discharged and sought out Captain Keller to say thank you.

“In all the years I’ve done this, I never really got the chance to meet some of the people who I believe we’ve impacted positively and especially the family and extended family who came,” said Keller, who's battled flames for 24 years.

It’s moments like these the Phoenix fire captain says keeps him going in a job where the outcome isn’t always known.

“Enjoy the days that you have. Love the people around you. Tell them you love them and tell those around you thank you. That’s why it was so important to tell Chief Keller thank you because without him it would have been different,” said Michael Harris.

In a statement on the UPFA Facebook page the association said:

"We are elated to report that Mike made a full recovery. He was released from the hospital yesterday and was kind enough to stop by the fire station to pay Captain Keller a visit.

It is always extremely gratifying for firefighters to get positive and seldom-seen closure from a stressful event such as this. We are delighted that Mike will be ok and wish him the best of luck.

Across the valley, there are thousands of dedicated firefighters such as Captain Keller who stand at the ready to help our citizens by any means possible. It is our honor to serve."

Captain Keller says recognizing the symptoms of a heart attack or stroke along with CPR can save a person's life.

According to the Center for Disease Control, symptoms of a heart attack include:

Symptoms for a stroke include:

"Sudden numbness or weakness in the face, arm, or leg, especially on one side of the body. Sudden confusion, trouble speaking, or difficulty understanding speech. Sudden trouble seeing in one or both eyes. Sudden trouble walking, dizziness, loss of balance, or lack of coordination."