After 50 people were killed in two mosques in New Zealand, members of the valley gathered to pay their respects. 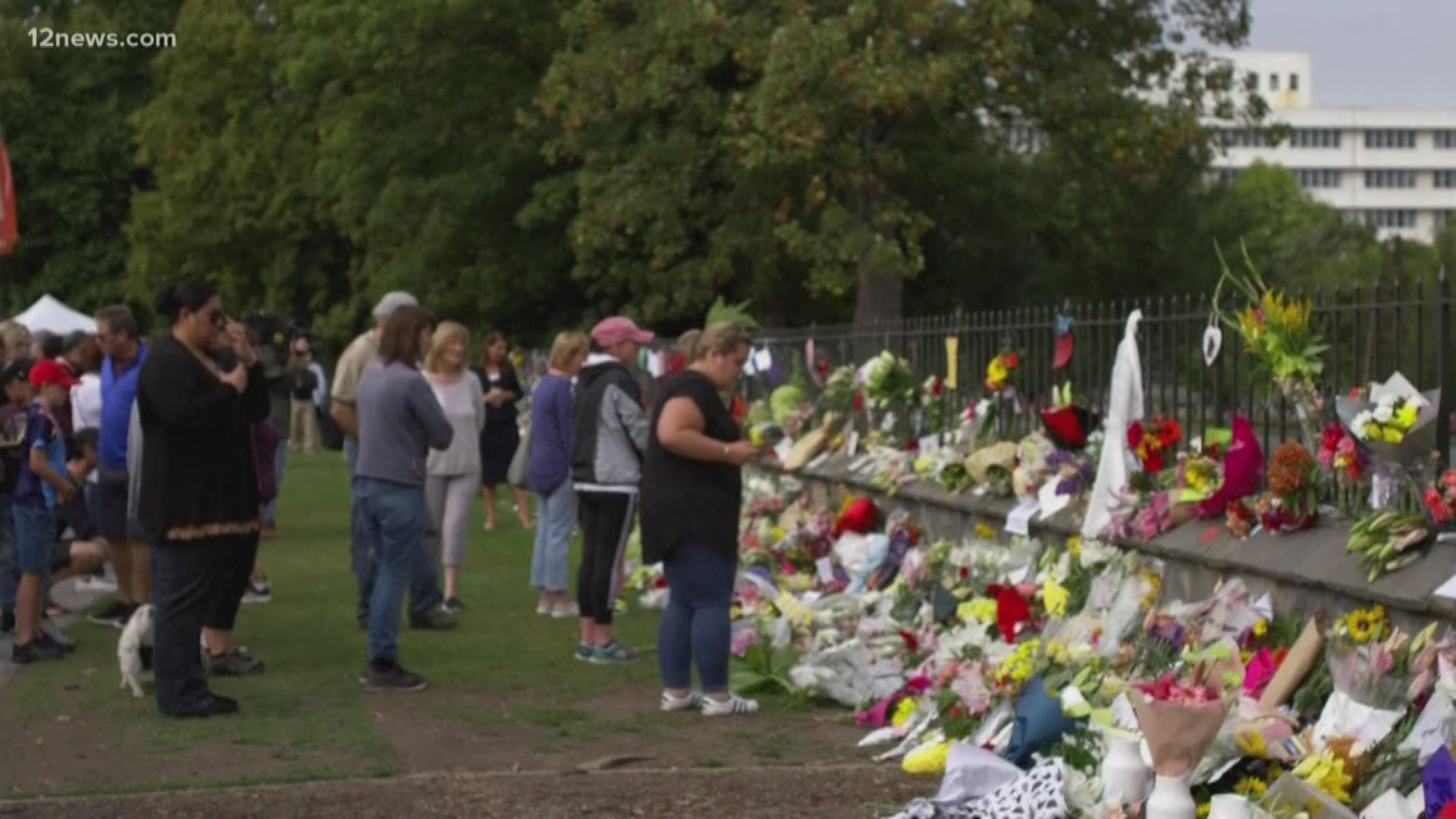 TEMPE, Ariz. — After 50 people were killed, and 36 still hospitalized, after a massacre on two New Zealand mosques Friday, Muslims gathered at the Islamic Center of Tempe to honor the victims in the horrific tragedy. Joining them were bystanders, Christians and Jews included, there for a vigil to remember the lives lost.

"To stand united together in solidarity with one another in this day of sadness," Senior Imam Ahmd Shqeirat said.

Speakers at the vigil included Muslims, Jews, Christians, politicians and community leaders. The message was overwhelmingly one of togetherness, unity and support.

"Look around the people here care about you they are her for you and we are here for each other, this is how it all works." Sue Ringler, of the Tempe Interfaith Fellowship, said.

Beyond the words of encouragement, speakers did push blame on the tragedy onto the rise of white supremacy.

"This is not the first tragedy shooting we don’t expect it to be the last," Imam Shqeirat said.

Over the last few years, white supremacist shooters have attacked a church in Charleston, S.C., A synagogue in Pittsburgh and now two Mosques in New Zealand.