In his first live TV interview since launching his campaign for Arizona Senate race 2020, Democrat Mark Kelly gave his thoughts on Medicare for All. 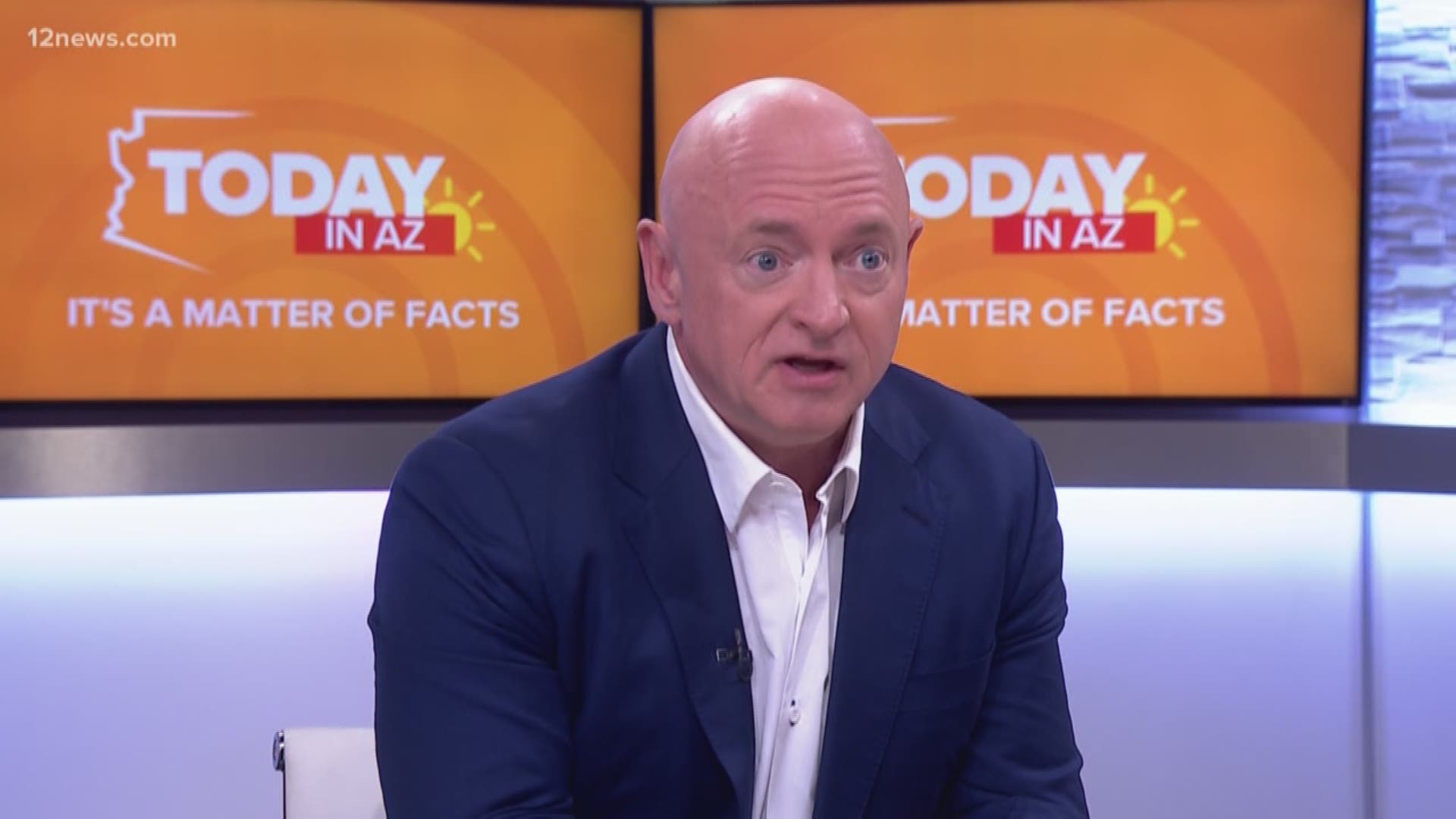 PHOENIX — Democrat Mark Kelly says affordable and reliable health care should be a right to Americans.

The retired NASA astronaut talked about health insurance and the concept of "Medicare for All" in his first live television interview since launching his Arizona Senate campaign.

He is challenging Republican Sen. Martha McSally in the 2020 race.

"People have a right to have access to affordable health care that they’re not going to get kicked off if they get sick, that they can get if they have a preexisting condition," Kelly said. "I mean, that really should be a right."

Kelly, however, is not a supporter of Medicare for All, an idea from Vermont Sen. Bernie Sanders that has been tethered to the Democratic party.

He noted that there are millions of Americans who are happy with the insurance they receive from their employer.

Kelly went on to say he likes his TRICARE insurance, a benefit he gets from serving 25 years in the Navy, and his wife, former Democratic congresswoman Gabrielle Giffords, likes her insurance from Blue Cross Blue Shield.

FULL INTERVIEW: Kelly touches on the crisis at the Southern border, Mueller report

"We should be able to provide access to affordable health care for everybody, but I am not in favor for the 156 million of us that get our health care through our employer to make that go away," Kelly said.

Instead, Kelly said the solution is to find a way to insure the people who do not have health care.

"How do we provide coverage for individuals who don’t have it? What we clearly should not be doing is taking away coverage from those individuals who were able to gain access through the Affordable Care Act," Kelly said. "There were 400,000 Arizonans who nearly got kicked off of their health care coverage when the Republican party, in the House, voted to gut the Affordable Care Act."

Kelly is currently the only declared Democratic candidate for the Arizona Senate Race after Congressman Ruben Gallego and former Republican Arizona Attorney General Grant Woods both declined to run.

McSally was appointed to fill the seat after John McCain-replacement John Kyl retired. Her team confirmed last month that she is in the race for 2020.

The winner of the 2020 election will then have to run again in 2022 when McCain's unfinished six-year term officially ends.

Editor’s note: Mark Kelly’s daughter is an intern for 12 News.