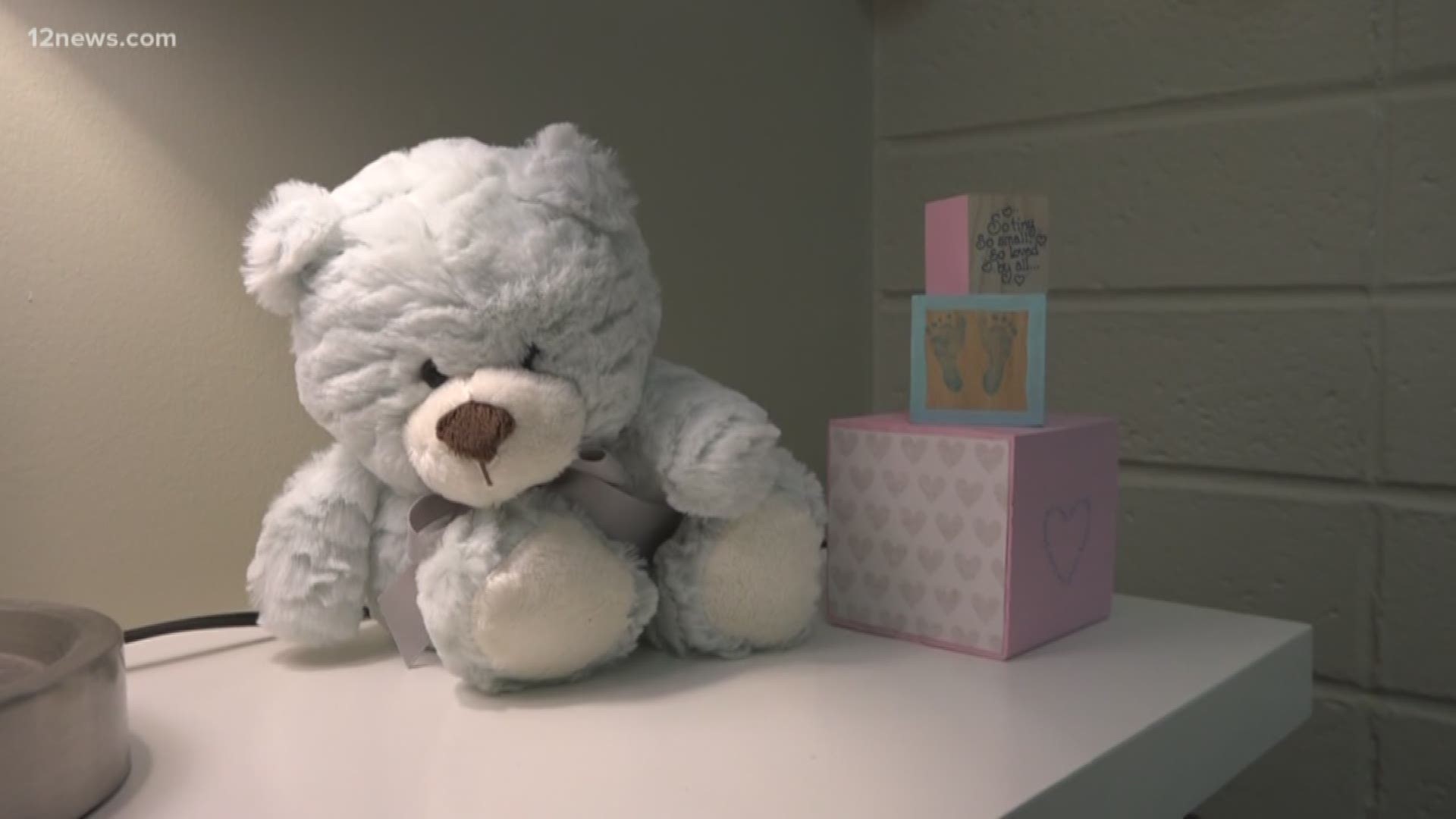 Every year thousands of babies in the U.S. are born with neonatal abstinence syndrome, meaning they were exposed to drugs while their mom was pregnant with them.

Once they start life on earth, the reality is heartbreaking.

But now a Mesa couple, who has experienced a devastating loss in their own family, is hoping to help struggling babies with a new interim care facility.

Jacob Robert Jones was born on September 9, 1988. Brian and Jo adopted him when he was just 3 days old.

“We didn’t know anything about drug exposure for infants and he was born exposed to meth,” Jo said.

Throughout Jacob’s challenging childhood, he struggled with drugs, which led to a tragic outcome.

“Our son was the victim of a drug murder,” Brian said, “and that as parents sent us obviously into a tailspin... any parent that has lost a child, it’s an unimaginable sorrow.”

A year later, Jo read a book about a clinic for substance-exposed newborns.

“It was so inspiring to me, because of our loss with Jake,” she said, “and wanting to help other children who were suffering like he did… and I thought this is what we need here in Arizona.”

Now, with the help of countless donors and volunteers and hard work over the past few years, the Jones are going to be able to provide just that. They’re opening Jacob’s Hope, a care center for newborns born substance exposed.

“They go through a period of time, where they’re suffering symptoms of withdrawals,” he said.

“Two, four, six, eight weeks, depending on the drug,” she said. “These babies need calm, care, subdued lighting, they need to have one-on-one, they need touch, they need that love.”

Jacob’s Hope is licensed for 12 babies at one time.

“We’ll be able to work with 125 infants over the course of the year,” Brian said.

Their mission is clear.

“To help with the drug crisis in Arizona with the smallest victims,” Jo said.

She says the key to solving the crisis is prevention.

“We miss our son terribly, we wish he was here,” she said. “We are dedicating this to him.”

Jacob's Hope is a licensed DHS facility. Starting in May, when infants are in the facility, the care portal back into the nurseries will be completely closed off.

Anyone who wants to volunteer at Jacob's Hope must meet specific requirements including having a current TB test, a level one fingerprint card and a flu shot.