This year marks 211 years since the country declared its independence from Spain. 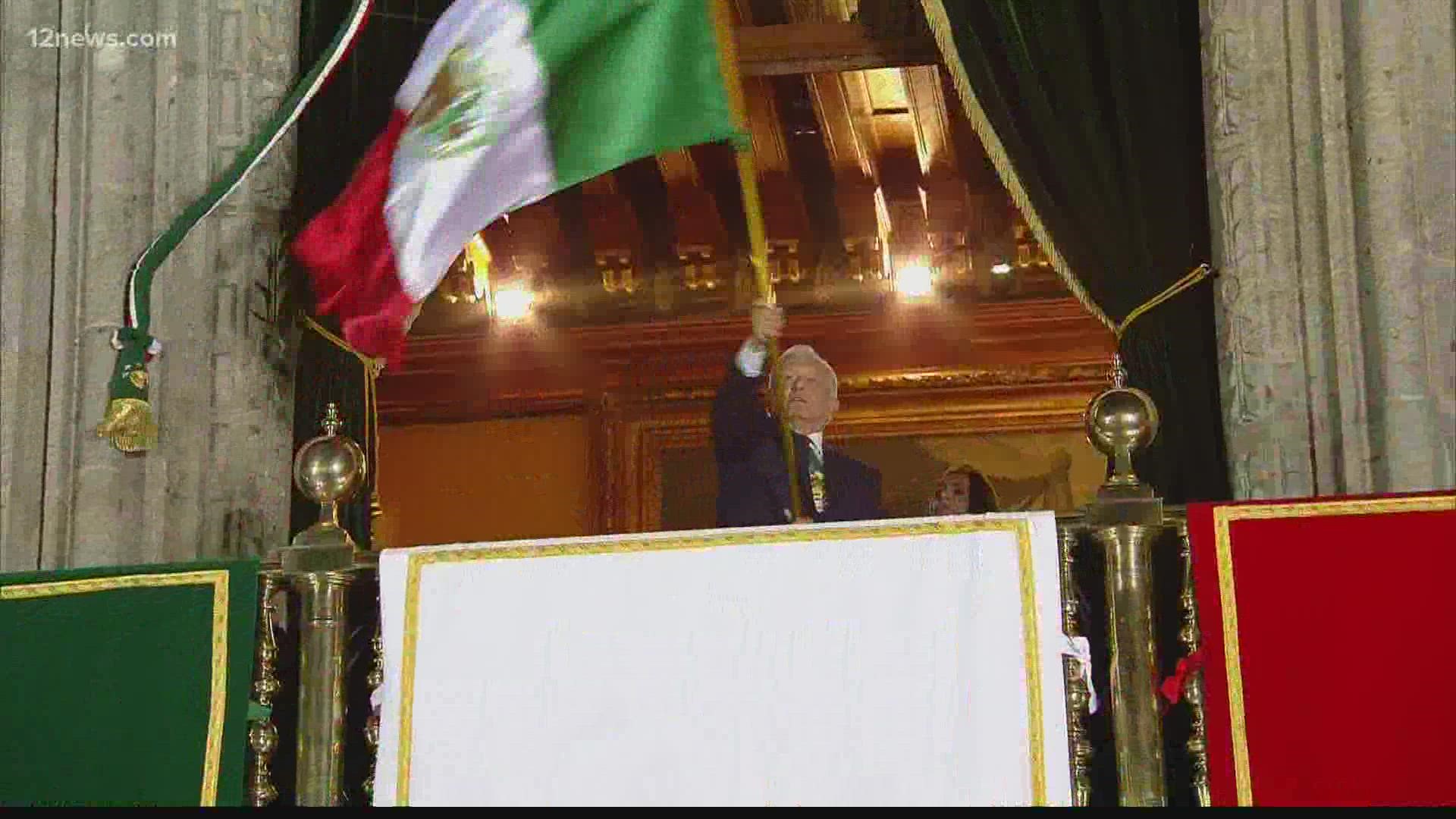 PHOENIX — Mexico celebrated its 211th Independence Day from Spain on Thursday, commemorating the beginning of the country’s decade-long war for freedom from 1810 to 1821.

As part of the celebration, people showed their pride, Mexican identity, and culture in red, white, and green colors embroider on clothing and flags.

“We are going to celebrate patriotically,” she said. “I feel very proud to have been born there.”

September 16, 1810, commemorates the moment catholic priest Miguel Hidalgo made a cry for freedom in 1810. He rang his church bell and pleaded with his congregation to join him.

RELATED: Celebrate Hispanic Heritage Month with Hispanic and Latino stories from around the Valley

At the time, Mexico was known as New Spain and was under Spanish rule for 300 years. After years of political scuffles, class inequalities and territory conflicts, people wanted their independence and were embolden by Hidalgo’s fervent speech known as the Cry of Dolores.

It’s a different celebration that often gets confused with Cinco de Mayo, which marks the Mexican military’s victory over France during the battle of Puebla in 1862.

That battle was significant because Mexico's 2,000 soldiers faced 6,000 French troops and won.

“My grandma grew up to live 103 years old and so there’s a lot of culture there that I was taught from her,” said Olivia Araiza, a Phoenix resident whose family is from Sonora. “The cooking, tamales, and homemade tortillas, that is all cultura.”

A celebration is no party without food and Rita’s Mexican Restaurant near 35th Avenue and I-10 was busy serving traditional dishes.

“Where ever you go and have tequila and enchiladas [you’re] part of Mexico,” Gabriela Lopez, a manager at the restaurant said. “It makes you proud.”

For Lopez, September 16 is not just a day for Mexicans to come together, but also an opportunity to embrace the acceptance of Aztec roots with other cultures in the U.S.

“The most wonderful thing is how another culture loves the guacamole, how other cultures celebrate with us, drinking our margaritas or tequila and listening to our music,” she said.

There are more than 37 million Latinos in the U.S. who trace their roots to Mexico. That makes Mexicans the single largest Latino origin group in the country, according to the Pew Research Center.