Law enforcement expert on Capitol breach: 'That was either a lack of planning or a refusal to plan'

Andy Anderson spent decades with Phoenix PD. He says Wednesday's events and actions could have been prevented with proper planning. 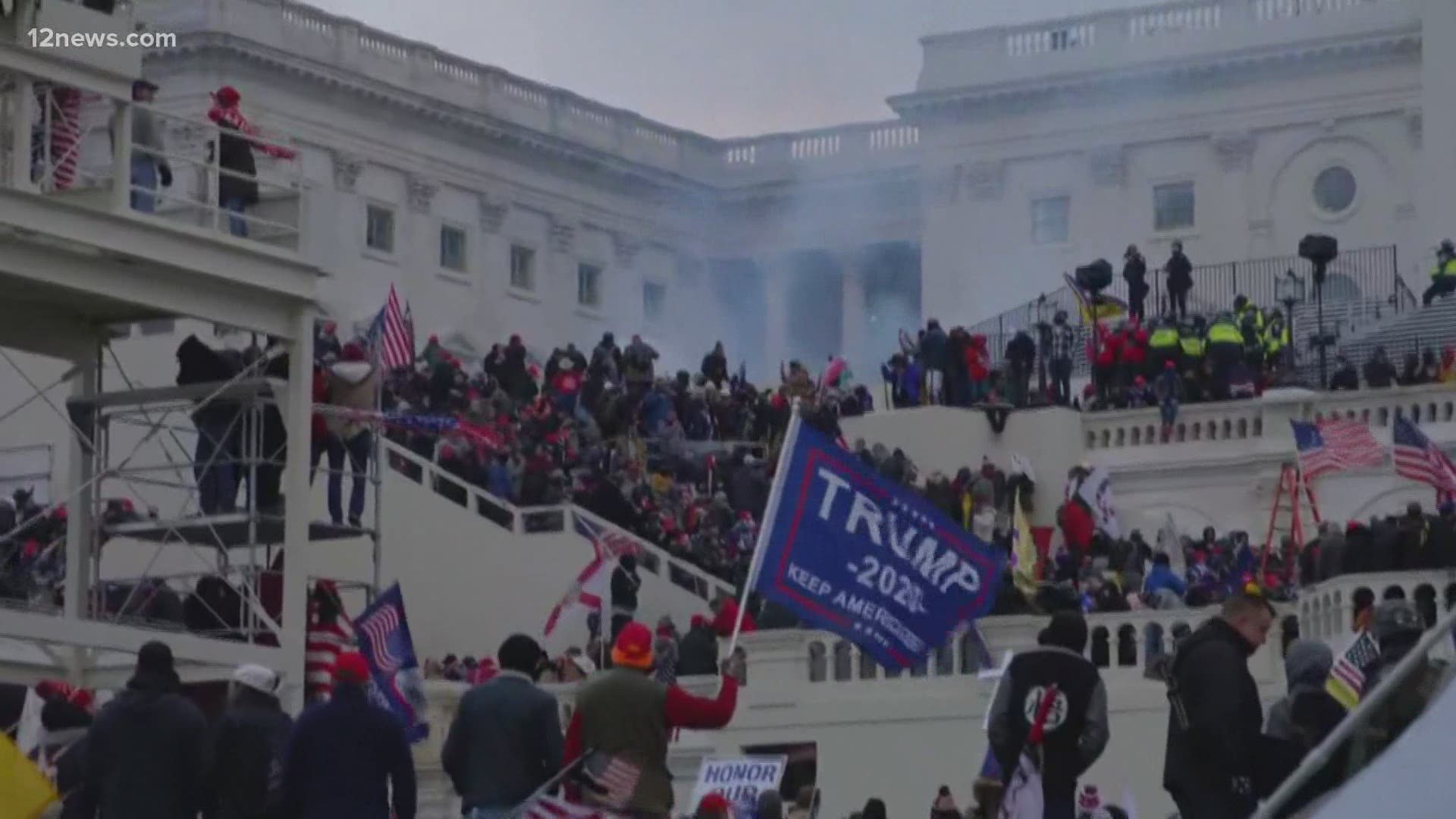 PHOENIX — Millions around the country watched as the U.S. Capitol building was breached by rioters Wednesday.

“It's hard to believe that something like this happened at our Capitol. And from a law enforcement perspective, it should not have happened," Former Phoenix Assistant Police Chief Andy Anderson said.

Anderson spent decades with the Phoenix Police Department. He said Wednesday's events could have been handled if the officers had more manpower or resources.

Instead, officers were hopelessly outnumbered.

“That was either a lack of planning or a refusal to plan,” Anderson said.

Anderson said it should be looked into why resources were not available. He mentioned past protests, where there were proper resources deployed to make sure protesters did not enter federal buildings.

When outnumbered, like officers were Wednesday, Anderson said an officer's options are limited, even in making arrests.

“There is very little they can do," he said. "They can’t arrest anyone because that takes an officer out of commission."

Video after video shows officers rushed over on social media. In one instance a single officer tries to hold back dozens of protestors.

“There is no way in the world one officer is going to hold all those people back, without using lethal force,” Anderson said.

Lethal force was used as a woman tried to climb through a barricade.

“I don’t know who he's trying to protect on the inside there. Obviously this needs to be investigated, it’s a fair question to ask."

Anderson says many of the day's events and actions need to be investigated and could have been prevented with proper planning.

He hopes lessons will be learned, and the capitol will not see a scene like that again.