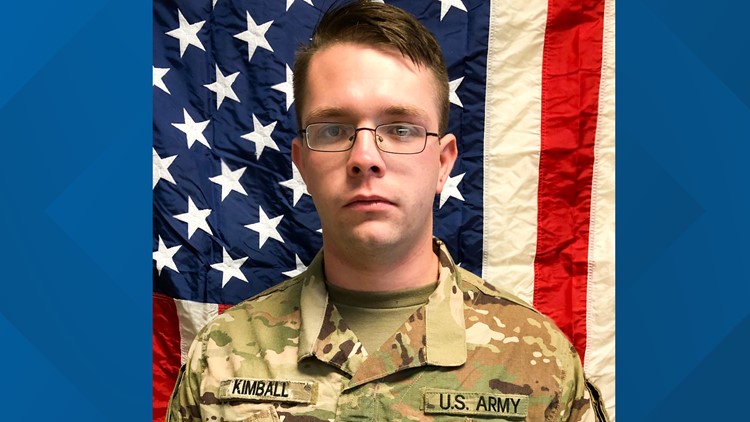 CENTRAL POINT, Ore. — A U.S. Army soldier from Oregon has died while serving in Afghanistan, the Department of Defense announced Thursday.

Spc. Branden Tyme Kimball, 21, died Wednesday at Bagram Airfield from "a non-combat related incident," according to officials. Kimball was from Central Point, just outside of Medford.

The Army has not released details of the incident that claimed the young soldier's life, but said in a press release that it was under investigation.

His death comes just days after two soldiers were killed and six others wounded in Afghanistan’s Nangarhar province.

RELATED: Remains of US soldier killed in Afghanistan returned to US

RELATED: 2 US troops killed by roadside bomb in Afghanistan