For the first time, Honor Flight Arizona sends a group of Vietnam War veterans to see the Vietnam Memorial Wall. 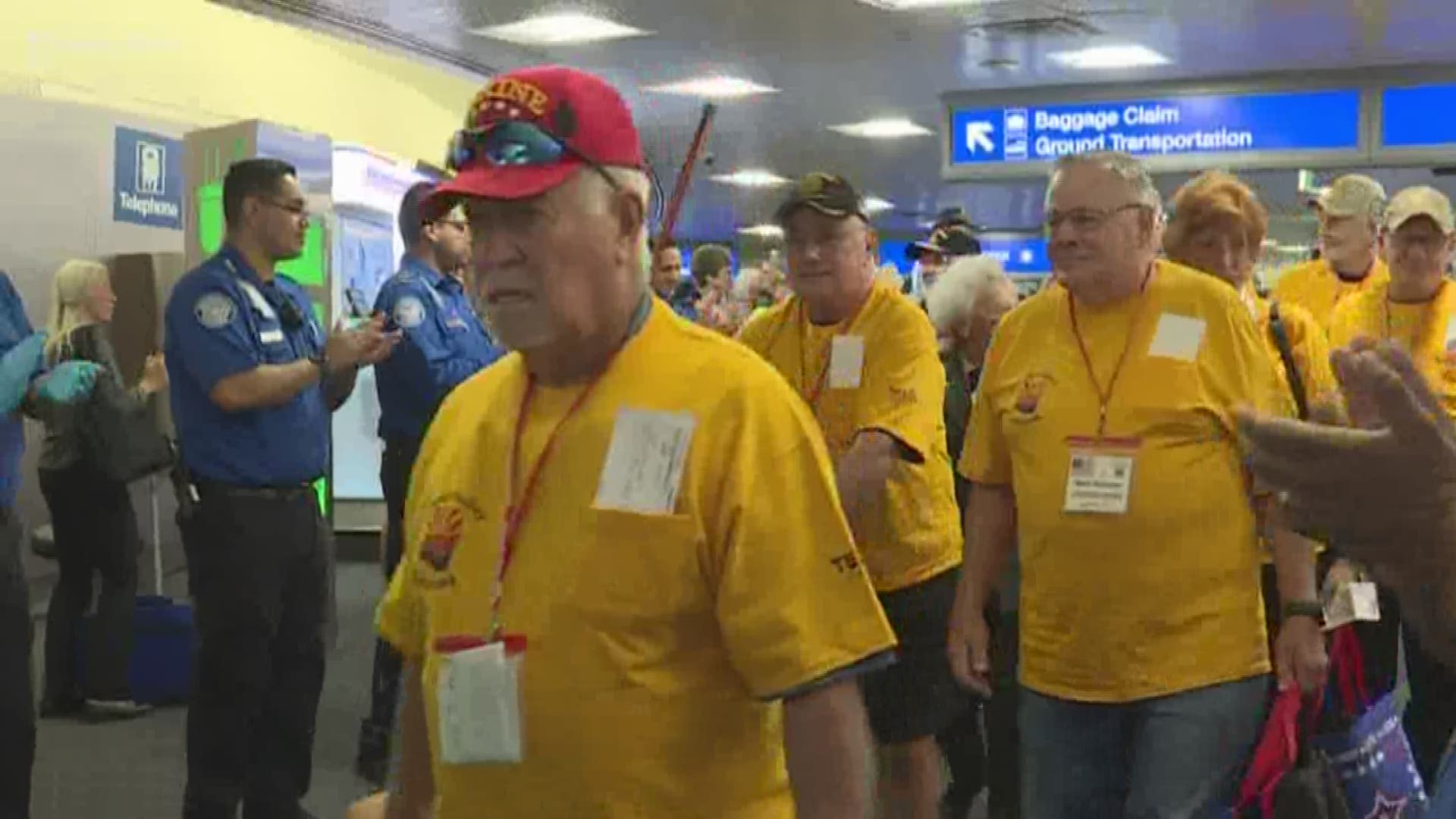 Tuesday, for the first time, with the help of Southwest Airlines, a group of Vietnam veterans took to the skies to visit the Vietnam Memorial Wall.

Cheers and applause greeted 24 Vietnam veterans as they made their way through Terminal 4—a well-deserved welcome, considering many returned home from serving to jeers more than 45 years ago.

“When we used to go through airports in our uniforms, we got mistreated,” said Glen Finck, who served with the Navy Submarine service.

For many, this will be their first time seeing the names on the wall.

“One of my best friends died over in Vietnam. Now I get a chance to see the Vietnam Memorial,” said Finck.

“Well, I have several buddies that are on the Vietnam Wall. I visited the traveling wall twice. It brings tears,” said Freiheit.

Rick Hardina with Honor Flight Arizona says the veterans call it a "journey of thousands of cheers and lots of tears."

“When these veterans return. They are very thankful. The pride level that they feel is amazing,” said Rick Hardina, president of Honor Flight Arizona.

The trip will give the veterans a chance to honor their fallen brothers and gain back some of that pride lost decades ago.

“Gain some respect back, back during the Vietnam war,” said Finck.