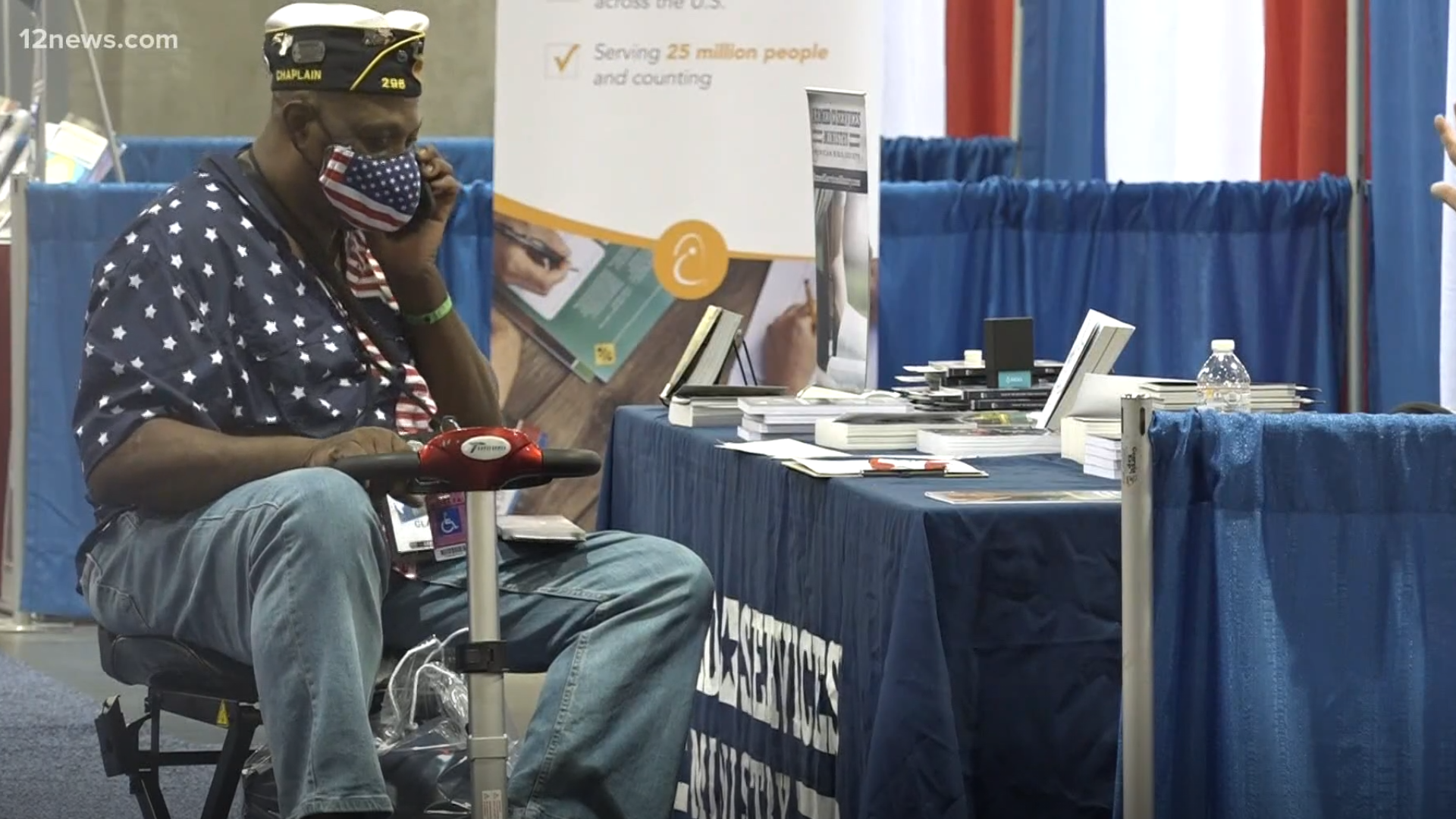 PHOENIX — The attacks that tragically killed 13 U.S. service members and numerous civilians hit close to home for veterans across the country. For many, the sense of loss and war is always in the back of their mind.

This week the 102nd American Legion National Convention is being held in downtown Phoenix.

The commitment, honor and service for those wearing the military uniform is a badge of pride.

“My first six years I was in the Marine Corps Reserves and then I retired out of the Army National Guard,” said Jason Rue.

Rue spent more than 20 years in uniform and deployed to both Iraq and Afghanistan. He worked with many of the locals and interpreters.

The aftershock of the attack is a reminder of what soldiers deal with on and off the battlefield.

“I had a veteran this week that I served overseas with in Afghanistan commit suicide," said Rue. "It’s a troubling time and then you get stuff like that. It just adds to it. It creates an anxiety inside veterans and the only way you can deal with that is actually talk to people.”

According to the U.S. Department of Veteran Affairs, nearly 18 veterans die by suicide every day.

“When you leave the military, you leave that sense of brotherhood and family that you had and when you go back to the civilian world, you don’t really get that,” said Army veteran Matthew Shuman.

Shuman said he believes organizations like the American Legion provide a needed space for veterans to rely on each other for strength in difficult times.

For any veteran who may have served in Afghanistan, both Shuman and Rue want them to know they are not alone.

“It’s not weak to ask for help, it shows strength. If you haven’t been to the American Legion Post, go to one. I guarantee you; you will find love and friendship,” said Shuman.

If you know someone who needs help or you need help, there are people available right now to speak with you.