In a bulletin, the FBI warns of armed protests at state capitols in all 50 states. 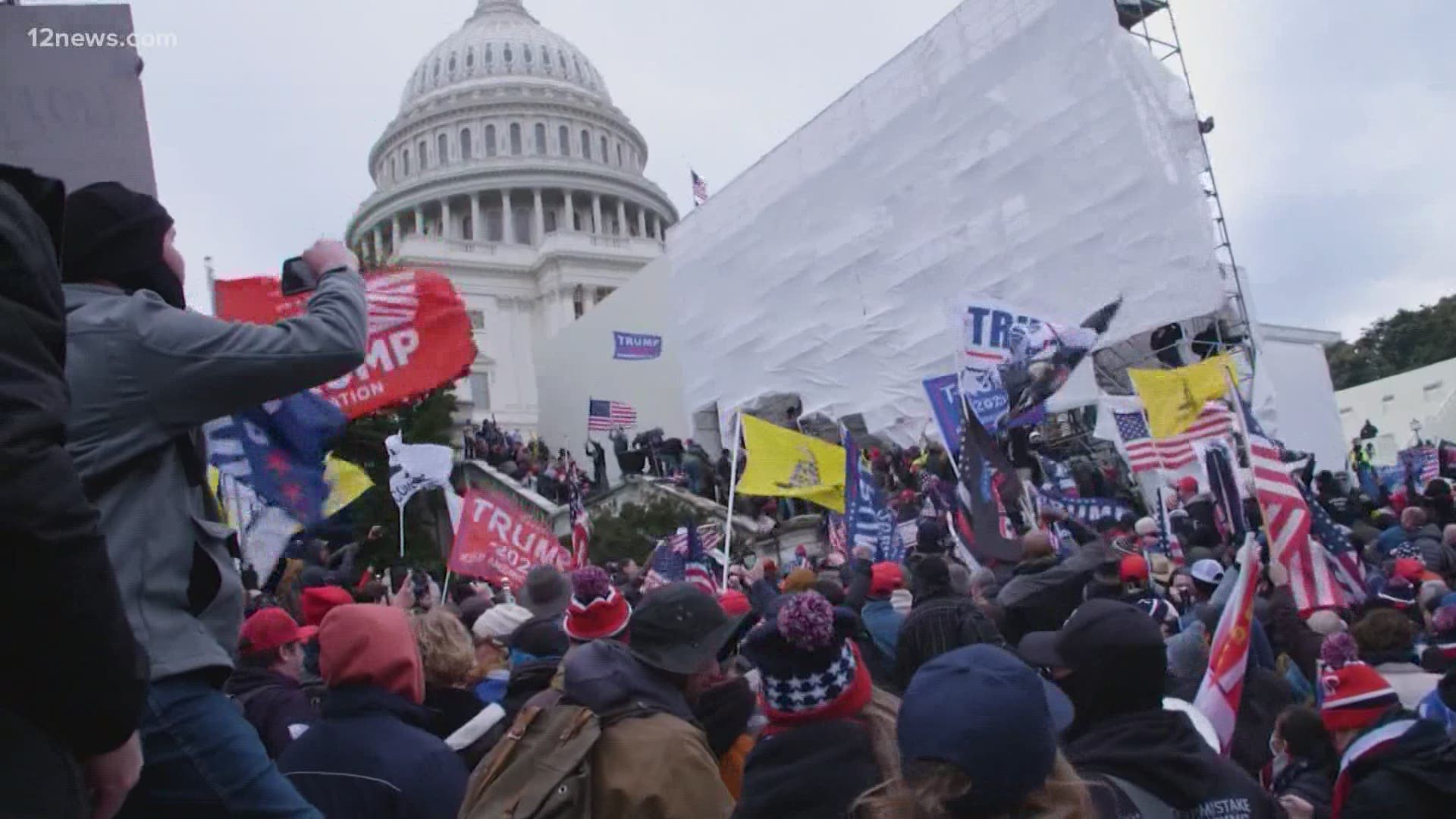 PHOENIX — Less than a week after a riot at the United States Capitol left several people dead, there is a new warning.

In a bulletin, the Federal Bureau of Investigation says that may have only been the beginning.

The FBI says it has intelligence indicating the nation may see more armed protests in the coming days leading up to President-elect Joe Biden's inauguration.

“Information that winds up in an intel bulletin has been vetted and is considered fairly serious," said retired FBI Special Agent John Iannarelli.

The FBI bulletin warns armed protests are planned at state capitols in all 50 states, including Arizona.

“The fact that it’s broad is exactly why they put out these intel bulletins. They want to make sure that all the law enforcement agencies throughout the United States are aware of these threats and are prepared," Iannarelli said.

A Department of Public Safety spokesman released the following statement:

The Phoenix Police Department is also aware. A spokesperson released the following statement:

"The Phoenix Police Department will continue to monitor activity within our state. Any response will be based on intelligence-driven information while we continue to work with our federal, state and local law enforcement partners. We also remind community members 'If you see something say something.'"

The bulletin says the armed protests could start as soon as Saturday and last through Inauguration Day on Jan. 20.

The FBI released the following statement to 12 News:

“While our standard practice is to not comment on specific intelligence products, the FBI is supporting our state, local, and federal law enforcement partners with maintaining public safety in the communities we serve. Our efforts are focused on identifying, investigating, and disrupting individuals that are inciting violence and engaging in criminal activity. As we do in the normal course of business, we are gathering information to identify any potential threats and are sharing that information with our partners. The FBI respects the rights of individuals to peacefully exercise their First Amendment rights. Our focus is not on peaceful protesters, but on those threatening their safety and the safety of other citizens with violence and destruction of property."

“There is no such thing as over-preparation," Iannarelli said.

This new warning comes shortly after chaos ensued outside and inside our nation's Capitol, leaving five people dead.

Federal officials are doing what they can now to ensure recent history does not repeat itself.

“After what we saw at the Capitol last week, you’re going to see all the stops pulled out to make sure that adequate resources are in place," Iannarelli said.