In 1981, Sandra Day O’Connor shattered the glass gavel of justice and became the first woman to sit on the U.S. Supreme Court. 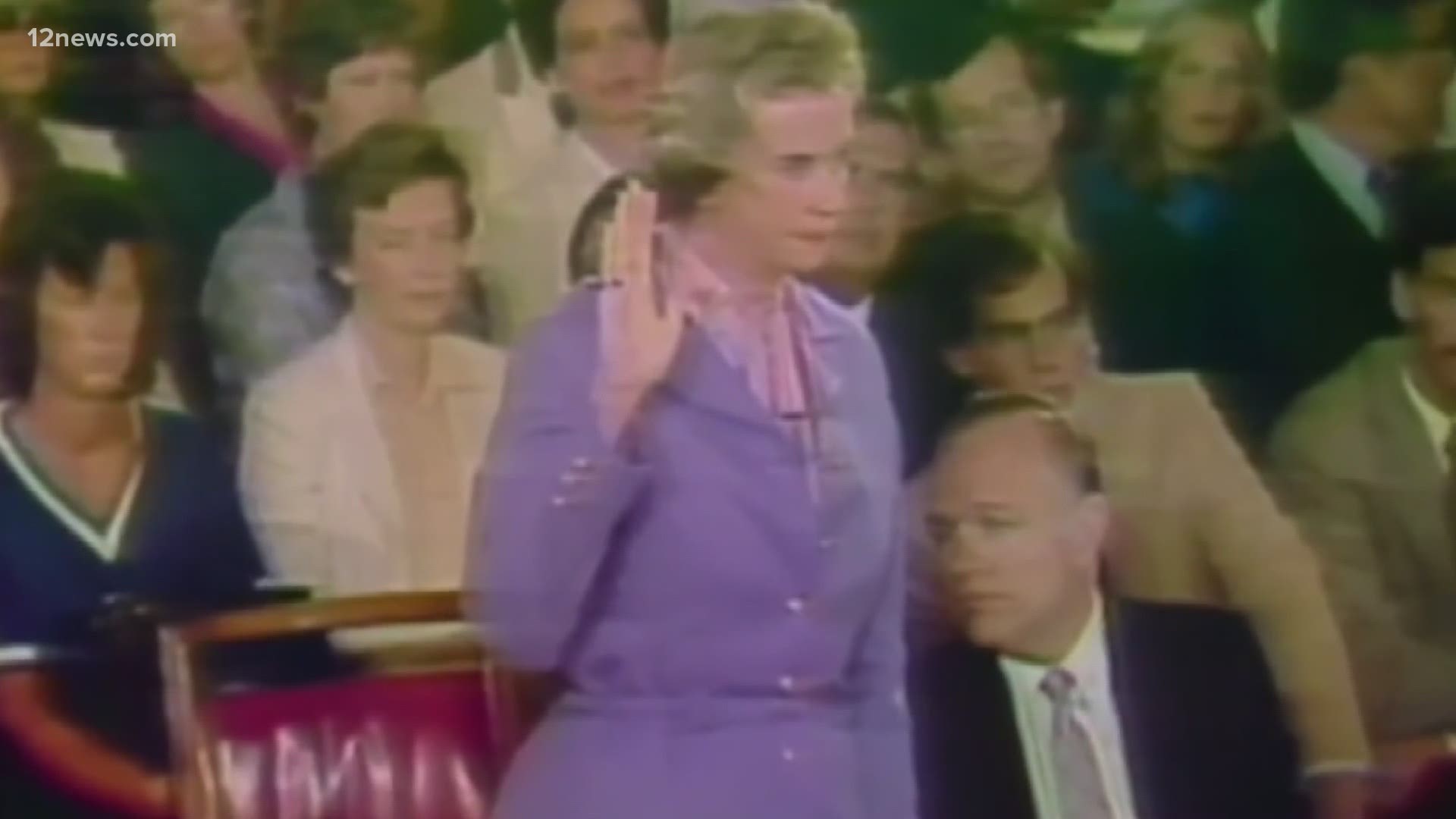 The day was an opportunity to teach students what it means to be a part of our democracy.

It was September 25, 1981, that Arizona’s own Lady Justice was sworn in as the first woman to sit on the Supreme Court.

Gov. Doug Ducey called for a celebratory day in his State of the State Address in January to improve civics understanding and honor Justice O’Connor’s commitment to public service and strengthening civic engagement among our nation’s kids.

Legislation sponsored by Representative Shawnna Bolick, H.B. 2625, making the day official was signed into law by the Governor on March 24, 2020.

Schools across the state are using the day to engage and teach students about civics while highlighting O’Connor’s work to promote civics education for kids.

For Madison Highland Prep social studies teacher Curtis Watson, his virtual lesson with his students honors the Arizona pioneer.  “What she did. How important she was for the state and just all the amazing achievements that she racked up,” Watson said. “It’s fun to see those eye-opening moments when they’re like wow I didn’t know that about somebody.”

In 1981, O’Connor shattered the glass gavel of justice becoming the first woman to sit on the US-Supreme Court. She was appointed by President Ronald Reagan and confirmed by the U.S. Senate with a vote of 99–0. She is historically celebrated by both sides of the aisle.

After leaving the court O’Connor made a commitment to encourage public service and civic engagement among the nation’s youth.

“We do as she said have a very complex process and it’s not one that’s easy to navigate unless they have instruction,” said Madison Highland Academic Coach Reshma Watson.

Mr. Watson shares O’Connor’s passion and hopes when the virtual bell rings and his lesson is over his students are inspired to get involved. “Whether you want to be in government or as a citizen want to make a change, how can you do it just as Sandra Day O’Connor had wanted to do that as well.”