'No legal justification' for shooting of Ashli Babbitt during Capitol riot, attorney says 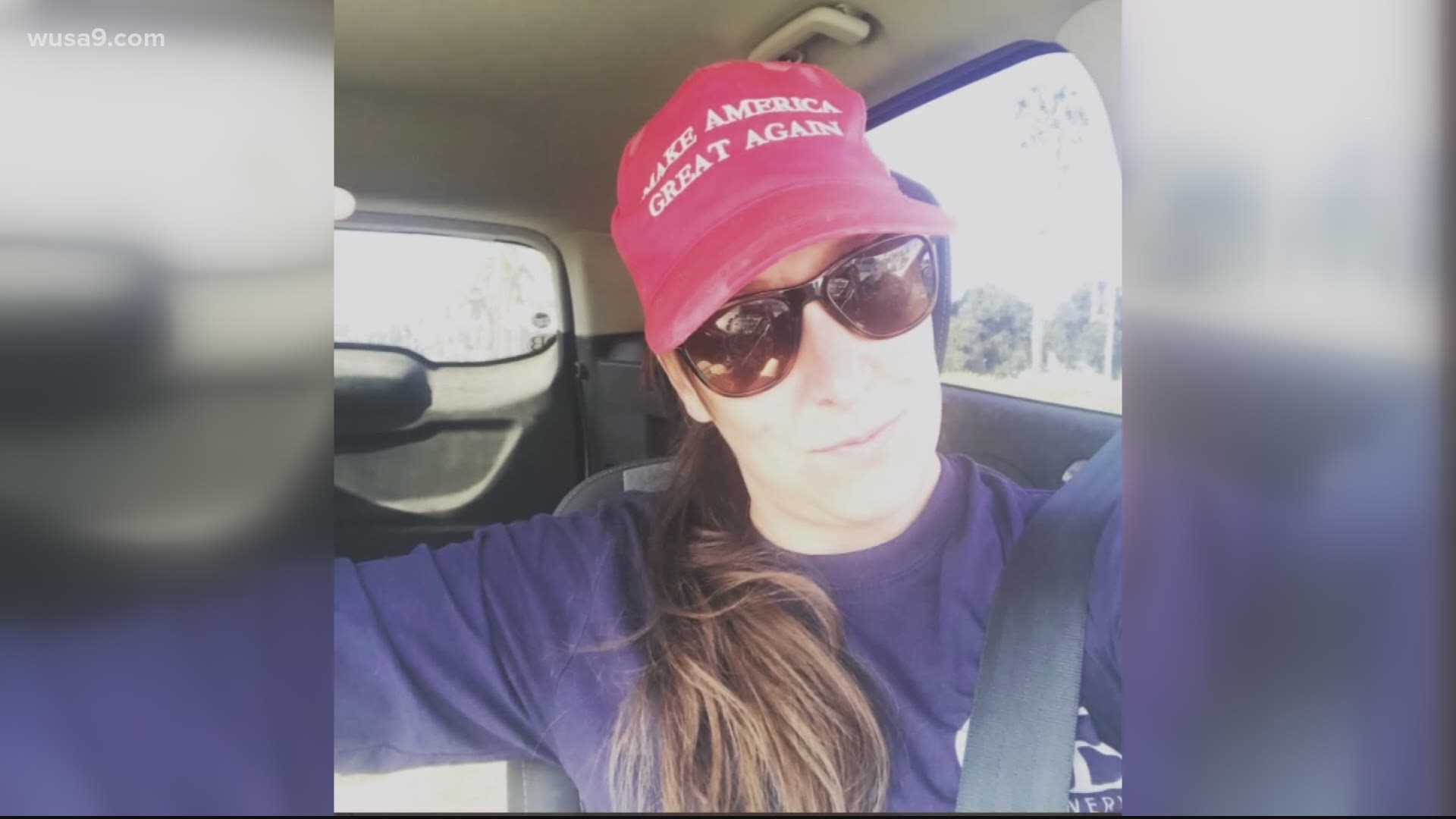 WASHINGTON — Amid the chaos on January 6 as thousands of pro-Trump rioters clashed with police and stormed into the U.S. Capitol building, only a single shot was fired – striking and killing a 35-year-old Air Force veteran named Ashli Babbitt.

Video shows Babbitt, who had traveled to D.C. from California because of her fervent belief in the lie that the 2020 election had been stolen from former President Donald Trump, was attempting to climb through a broken window into the Speaker’s Lobby outside the House Chamber when a Capitol Police officer guarding the entrance fired. An investigation by the Department of Justice ruled there was insufficient evidence to bring any charges against the officer, who has never been named publicly.

To Babbitt’s family, though, she was murdered.

“In the eyes of her family? Of course she was,” said attorney Terry Roberts. “I mean, there was just no legal justification to take her life.”

Credit: Babbitt Family
Ashli Babbitt, shown above in an undated photo while serving a deployment in Afghanistan for the U.S. Air Force.

Roberts, a Prince George's County-based attorney who specializes in police misconduct and civil rights litigation, says the Babbitt family plans to file a multi-million dollar wrongful death lawsuit against the Capitol Police Department. Roberts, who represented the family of Howard University student Prince Jones after he was killed in 2000 by an undercover Prince George’s County police detective, said to him the shooting is an “obvious case of excessive force.”

“She could have easily been stopped by the officer who shot her or numerous other officers who were around and been arrested, if that's what they wanted to do. There was no need to shoot her,” Roberts said. “Any rookie police officer with a set of handcuffs could have taken her into custody. She's an Air Force veteran. She was actually a military police officer herself. I am sure that she would have complied.”

Sign up for the Capitol Breach Newsletter. Don't miss an update about arrests, charges or investigations into the assault on the Capitol.

The shooting was captured on video from multiple angles, including by a Capitol riot defendant named John Sullivan, who streams under the name “JaydenX.” Sullivan’s video, provided to WUSA9, shows Babbitt was part of a mob of dozens of rioters using improvised weapons to break the glass on doors and windows leading into the Speaker’s Lobby. A small number of Capitol Police officers can be seen barricaded behind the door.

Roberts said he hasn't heard any evidence that the officer who shot Babbitt yelled orders for her to stop, and also said it’s not clear to him that Babbitt ever even saw the officer.

“On her side of the door it’s quite tumultuous, you know, a lot of noise and everything,” Roberts said. “I don’t believe Ashli Babbitt saw him at all. I mean, I think that if she has seen an officer with a gun facing her, that would be a totally different thing.”

Roberts said in his view, and in the Babbitt family’s view, Babbitt was a protester attempting to exercise her right for a redress of grievances from her government. He compared her to other protesters who came out across the country in 2020 following the death of George Floyd, a Black man, at the hands of Derek Chauvin, a white Minneapolis police officer.

“You know, we don’t shoot protesters in this country unless they’re an immediate threat to somebody,” Roberts said. “And so I don’t see the difference between Ashli Babbitt’s case and any other protests which occurred in 2020.”

Babbitt’s own social media posts prior to January 6 complicate that portrayal of her, however. According to her family she was a “fanatical” supporter of Trump, and her online profile is filled with references to the QAnon and “Pizzagate” conspiracy theories and accusations that then-President-elect Joe Biden was part of a child sex cabal – a common theme of the QAnon conspiracy theory.

On January 1, Babbitt tweeted that she would be in D.C. on January 6, along with “WWG1WGA,” denoting the QAnon phrase “where we go one, we go all.” The day before the Capitol riot, Babbitt tweeted, “Nothing will stop us. They can try and try and try but the storm is here and it is descending upon DC in less than 24 hours.” The “storm” is also a central part of the QAnon conspiracy theory – representing the day that Trump would initiate the mass arrest of Democrats.

Credit: Twitter/Internet Archive
A tweet from Ashli Babbitt on January 5, 2021, referencing a "storm" to come in D.C. the following day, when the Capitol riot occurred.

Twitter has since removed Babbitt’s former @Ashli_Babbitt account, but her posts can be seen in screencaps saved prior to its removal and on the Internet Archive’s Wayback Machine.

The Wayback Machine’s archive of her account shows in the days leading up to the January 6 joint session of Congress, Babbitt had retweeted Trump attorney Lin Wood dozens of times, including tweets alleging that Chief Justice John Roberts was being blackmailed in a global scheme involving the “rape and murder of children.”

Just hours before the Capitol riot, the archive shows that Babbitt retweeted another Wood post calling for Vice President Mike Pence to resign and be charged with treason.

Credit: Twitter/Internet Archive
A tweet by pro-Trump attorney Lin Wood, retweeted by Ashli Babbitt on the day of the Capitol riot. (Red circle added for emphasis.)

Roberts did not provide a timeframe for when the Babbitt family might file the lawsuit, but said they were committed to holding the police accountable.

“The only way we can do it is through a civil lawsuit for damages,” Roberts said. “I mean, you take someone’s life who’s married, has a family, that kind of thing, there are significant damages.”

U.S. Capitol Police said Tuesday the department can't comment on pending litigation. A spokesperson said the officer who shot Babbitt remains on paid administrative leave while an internal investigation continues, which is standard procedure for shootings involving an officer.

Babbitt is survived by her parents and her husband Aaron, with whom she ran a pool cleaning business. The family has created a Twitter account @ForAshli to collect any evidence or tips about what happened in the Capitol building on January 6.

We're tracking all of the arrests, charges and investigations into the January 6 assault on the Capitol. Sign up for our Capitol Breach Newsletter here so that you never miss an update.