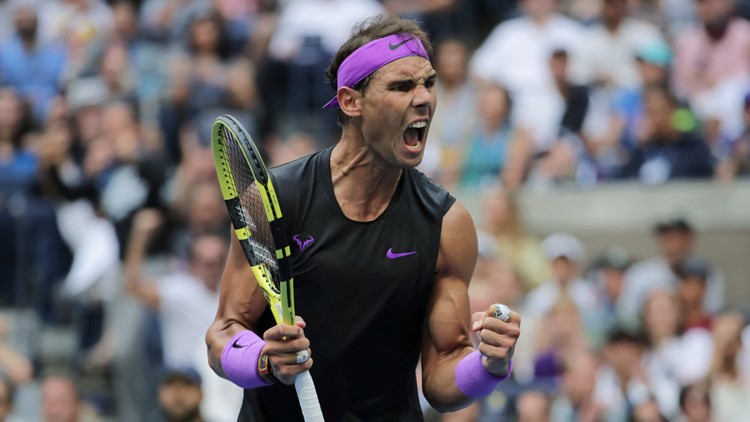 Photo by: AP
Rafael Nadal, of Spain, reacts after scoring a point against Daniil Medvedev, of Russia, during the men's singles final of the U.S. Open tennis championships Sunday, Sept. 8, 2019, in New York. (AP Photo/Charles Krupa)

This one was not easy for the second-seeded Nadal. Not at all. That's because after Nadal grabbed the opening two sets and went up a break in third, Medvedev mounted a charge, shifting styles and rattling Nadal.

Medvedev broke in the last game of each of the next two sets to force a fifth. But his attempt to become the first man since 1949 to win a U.S. Open final after trailing by two sets to none came up just short.

Nadal broke to lead 3-2 in the fifth and again for 5-2. But he failed to serve out the victory there, double-faulting on break point, then couldn't convert two match points at 5-3.

At 5-4, Nadal saved a break point, and finally converted his third championship point to earn his fourth trophy at Flushing Meadows.

Add that to 12 at the French Open, two at Wimbledon and one at the Australian Open, and Nadal is now only one major trophy behind Roger Federer for the most by a man in tennis history.

RELATED: Osaka consoles teary Gauff, 15, after beating her at US Open