US deportation raids could start this weekend in 10 major cities

It will target people with final orders of removal, including families whose cases had been fast-tracked, according to administration officials. 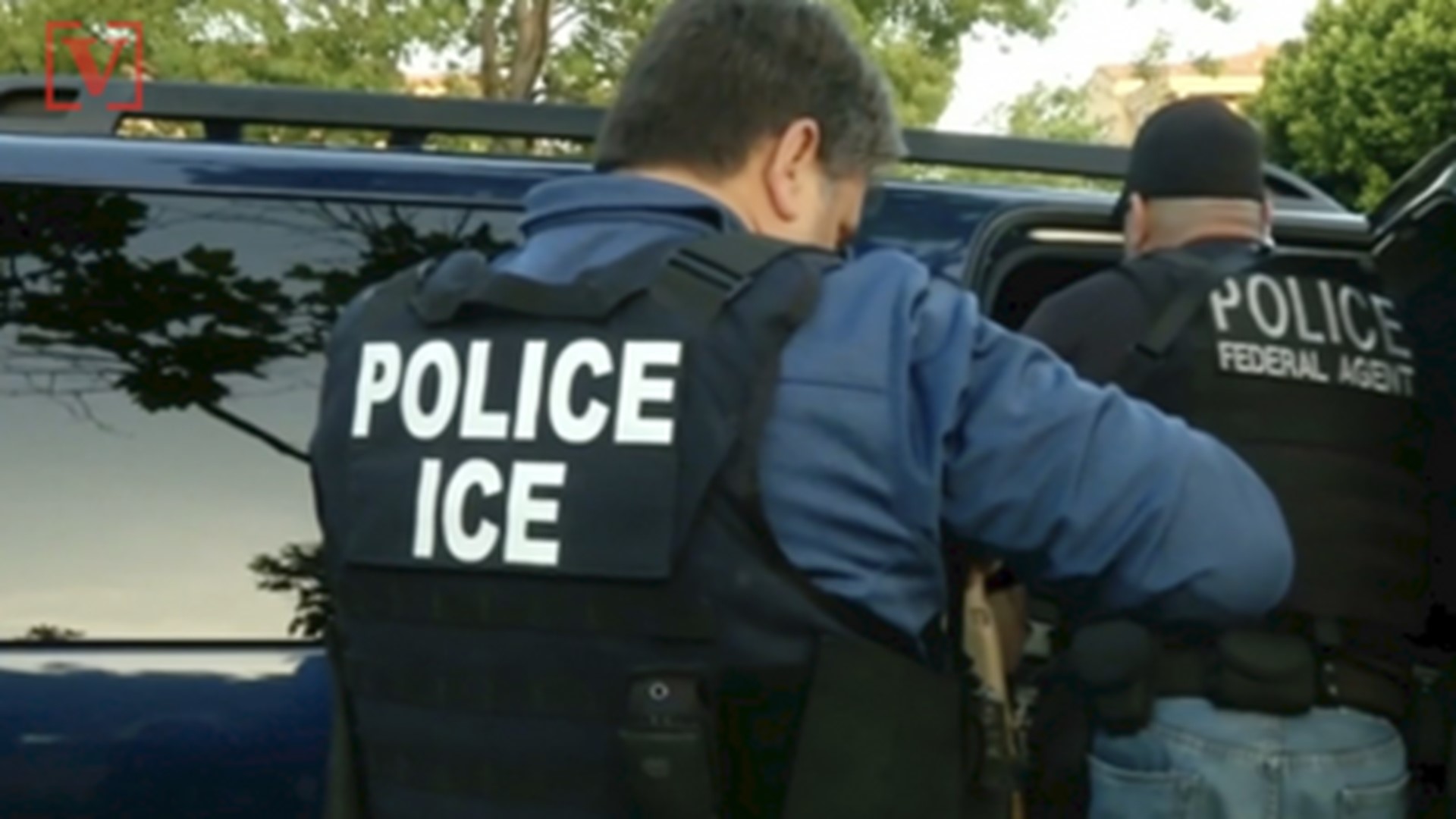 WASHINGTON — A nationwide immigration enforcement operation targeting people who are in the United States illegally is expected to begin this weekend after it was postponed last month by President Donald Trump, according to two administration officials and immigrant activists.

The operation, which is sparking outrage and concern among immigrant advocates, would target people with final orders of removal, including families whose immigration cases had been fast-tracked by judges in 10 major cities.

The sweep remains in flux and possibly could begin later, according to the officials, who were not authorized to discuss the matter publicly and spoke on condition of anonymity. Activists are circulating information about hotlines for immigrants to call and bolstering know-your-rights training.

RELATED: VERIFY: No, migrants can't apply for asylum at US embassies or consulates in Mexico

The operation is similar to ones conducted regularly since 2003 that often produce hundreds of arrests. It is slightly unusual to target families, as opposed to immigrants with criminal histories, but not unprecedented. The Obama and Trump administrations have targeted families in previous operations.

But this one is notable really because of the politics swirling around it.

Credit: AP
FILE - In this Nov. 16, 2018, file photo, an officer watches as immigrants who entered the United States illegally are deported on a flight to El Salvador by U.S. Immigration and Customs Enforcement in Houston. Civil rights activists complained Monday of the potential for widespread abuse following confirmation that states have scanned millions of driver's license photos on behalf of Immigration and Customs Enforcement officials without the drivers’ knowledge or consent. (AP Photo/David J. Phillip, File)

Trump announced on Twitter last month that the sweep would mark the beginning of an effort to deport millions of people who are in the country illegally, a near-impossibility given the limited resources of U.S. Immigration and Customs Enforcement, which makes the arrests and carries out deportation orders.

Then he abruptly canceled it after a phone call with House Speaker Nancy Pelosi, D-Calif., while lawmakers worked to pass a $4.6 billion border aid package . Plus, details had leaked and authorities worried about the safety of ICE officers, railing against suspected leakers.

The agency said in a statement that it would not discuss specifics about enforcement operations.

"As always, ICE prioritizes the arrest and removal of unlawfully present aliens who pose a threat to national security, public safety and border security," according to the statement.

Pelosi said she hoped the administration would think again about the operation. "Families belong together," she said.

The administration has been straining to manage a border crisis, and some officials believe flashy shows of force in deporting families would deter others migrants from coming. But others have criticized drawing resources away from the border at a time when the Border Patrol is detaining four times the number of people it should. Also, a watchdog report found filthy, potentially dangerous conditions at some stations.

Democratic Rep. Pramila Jayapal of Washington state, co-chair of the Congressional Progressive Caucus and a former immigrant advocate, accused the administration of showing a "willingness to be cruel at every turn. It sickens me that this is this is the United States of America, we are so much better than this."

Activists have been preparing for more raids, publicizing hotlines for immigrants to call and stepping up know-your-rights trainings on what to do if agents show up. Some said they were gearing up for them to start Sunday. Activists in Chicago planned a Saturday rally with roughly 10,000 people expected to attend.

Others said they continued to do what they had since Trump took office and were skeptical of him following through on the threat.

"We don't want to alarm folks, but we want to alert folks," said Melissa Taveras of the Florida Immigrant Coalition.