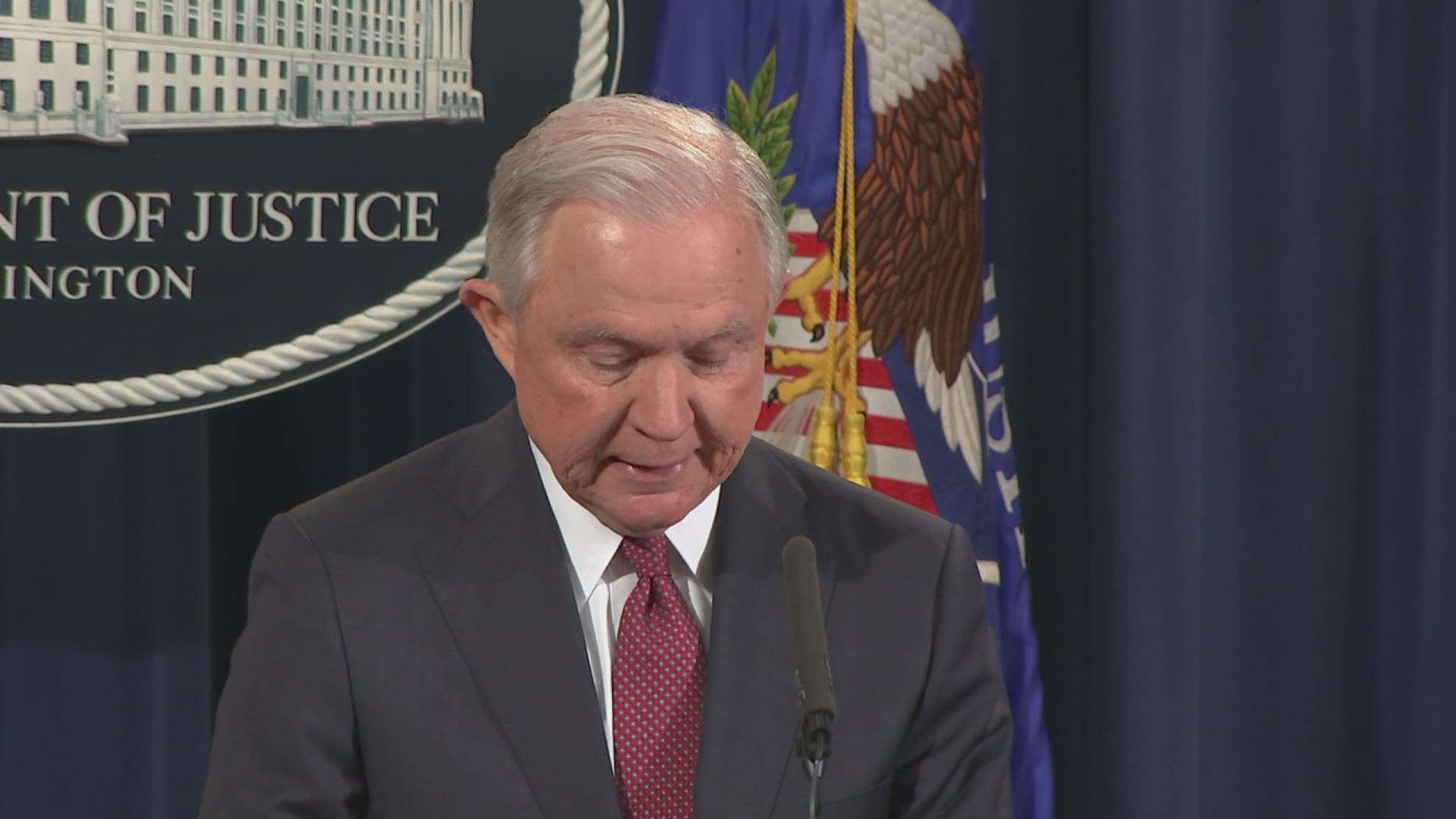 The Trump administration on Tuesday started winding down an Obama-era immigration program designed to protect undocumented immigrants who were brought into the United States as children, but invited Congress to preserve it through legislation within six months.

Sessions, announcing the U.S. would rescind Obama's 2012 order that created the program, said that Congress should be responsible for immigration policy.

The Department of Homeland Security will immediately stop accepting applications to the Deferred Action for Childhood Arrivals (DACA) program – but current recipients would not be affected until March 5 of next year. This gives Congress time to find a legislative solution to replace the program, which currently shields some 800,000 young immigrants from deportation.

Many lawmakers questioned whether Congress, already bogged down on health care and tax reform among other issues, will be able to pass a hot-button immigration bill before March. Pro-immigration groups, meanwhile, suggested they would take the Trump administration to court over ending DACA.

President Trump himself has yet to fully comment on the changes to the program, other than an early Tuesday tweet. "Congress, get ready to do your job - DACA!" Trump said ahead of the announcement.

Congress, get ready to do your job - DACA!

Still, Trump signaled his opposition to the DACA program on Tuesday by retweeting comments from an account called "the Trump Train," including one that said "we are a nation of laws. No longer will we incentivize illegal immigration."

Sessions said the effect of providing "amnesty" for young undocumented immigrants meant "aliens" took jobs of Americans. It also contributed to a surge of unaccompanied minors on the southern border that yielded terrible humanitarian consequences, he added.

"To have a lawful system of immigration that serves the national interest, we cannot admit everyone who would like to come here," Sessions said. "It's just that simple."

According to a statement from the department of Homeland Security, immigrants with DACA permits that expire before March 5 can apply for a two-year renewal, but must do so before Oct. 5.

The Department of Homeland Security reports that 201,678 enrollees are set to see their protections expire in calendar year 2017; another 275,344 are set for expiration during the entire year of 2018.

Even if Congress does not take action by next March, officials said there is no guarantee that DACA members will be deported – the priority will continue to be on undocumented migrants who have committed crimes.

The announcement quickly drew scorn from Democratic lawmakers and even some Republicans who accused Trump of seeking to get rid of hundreds of thousands of migrants who contribute to the U.S. economy, and were brought into the country as children.

Sen. Martin Heinrich, D-N.M., called Trump's decision "a heartless and grave mistake. We should never be a country that kicks out some of our best and brightest students."

And Arizona Republican Sen. John McCain called rescinding DACA "the wrong approach to immigration policy at a time when both sides of the aisle need to come together to reform our broken immigration system." McCain added that children "who were illegally brought into this country through no fault of their own should not be forced to return to a country they do not know."

While some Republicans had cautioned against tasking Congress with a major immigration push considering its already crowded legislative agenda, congressional leaders said Congress would take action.

House Speaker Paul Ryan, R-Wis., who described DACA as well-intentioned but an abuse of executive authority, said Congress needs to address "a permanent legislative solution that includes ensuring that those who have done nothing wrong can still contribute as a valued part of this great country.”

One way or another, courts are also expected to be involved in resolving the dispute over DACA.

A group of Republican attorneys general from 10 states have threatened to file a lawsuit against the DACA program if Trump doesn't act to end it.

Attorneys for undocumented immigrants involved in the program have also threatened lawsuits if it it is ended – as have states including Washington and New York.

The American Civil Liberties Union, which has also pledged to defend DACA in court, told Trump in a tweet Tuesday that "you are manufacturing a crisis."

"Today is a cruel day for dreamers, our families and all Americans,'' Praeli said. "There is no humane way to end DACA before having a permanent legislative fix in place. President Trump just threw the lives and futures of 800,000 dreamers and their families, including my own, into fearful disarray."

Tim Cook, the CEO of Apple, tweeted that "250 of my Apple coworkers are #Dreamers. I stand with them. They deserve our respect as equals and a solution rooted in American values."

The U.S. Chamber of Commerce also objected, saying that cutting off hundreds of thousands of young people from employment eligibility "runs contrary to the president’s goal of growing the U.S. economy."

Roy Beck, president of NumbersUSA, an organization that seeks to reduce immigration to the U.S., said Congress needs "to focus on strong immigration enforcement measures and reforms to our legal immigration system that put American workers first."