A federal watchdog said the White House adviser broke the law by disparaging Democratic presidential candidates while in her official, federal role. 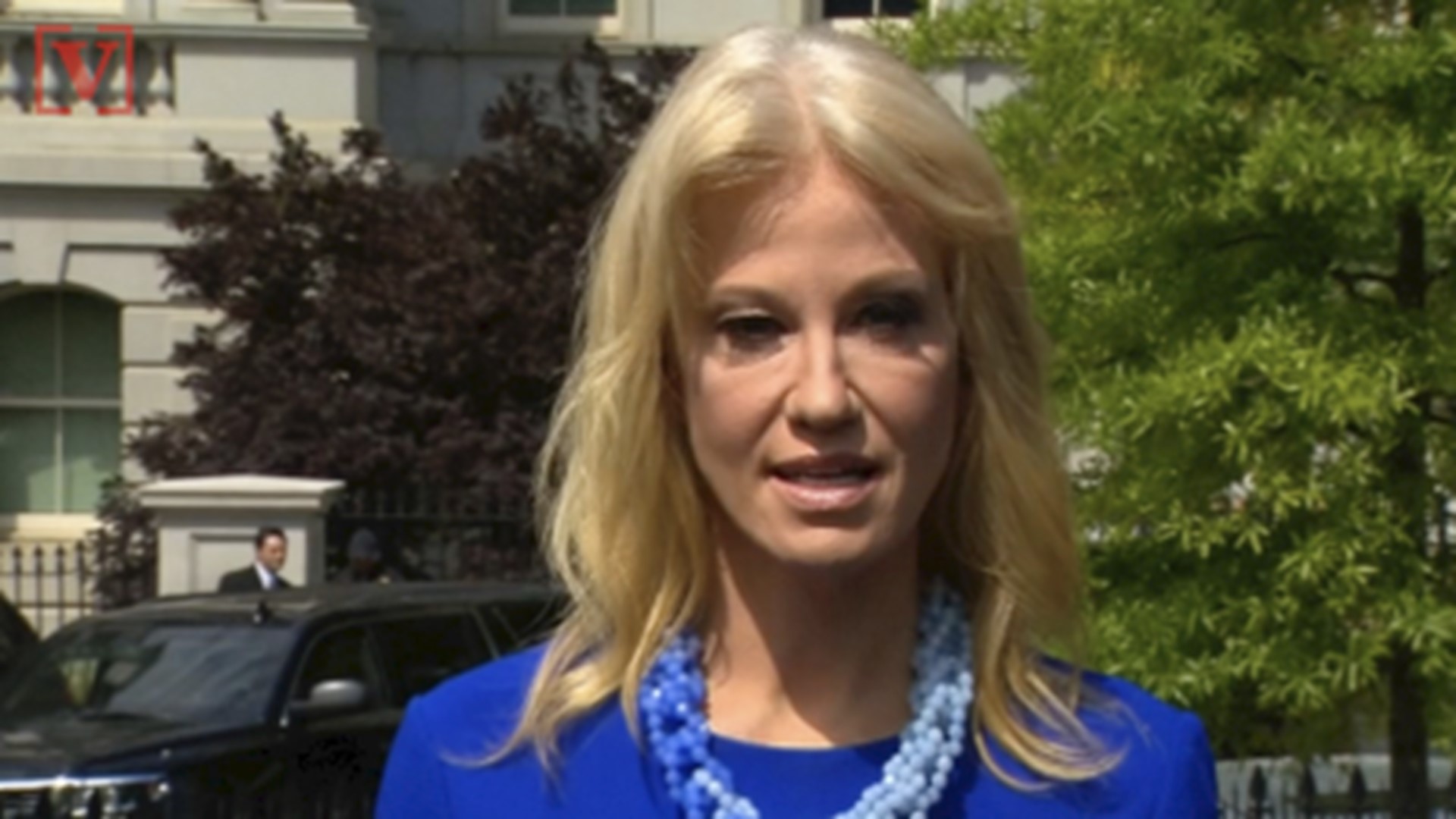 Trump tells Fox & Friends that he was briefed on the Office of Special Counsel investigation Thursday and says "it looks to me like they're trying to take away her right of free speech and that's just not fair."

OSC, which is unrelated to special counsel Robert Mueller's office, said in a letter to Trump that Conway has been a "repeat offender" of the Hatch Act by disparaging Democratic presidential candidates while speaking in her official capacity during television interviews and on social media.

Trump says of Conway, "she's got to have a right of responding to questions."

RELATED: Trump: 'Of course' I'd report foreign dirt to FBI after I look at it