'This is manifestly not Saigon' | Why are people comparing the Kabul airport to Vietnam?

Social media users are sharing side-by-side photos that draw parallels between Kabul evacuations and the Fall of Saigon in 1975. 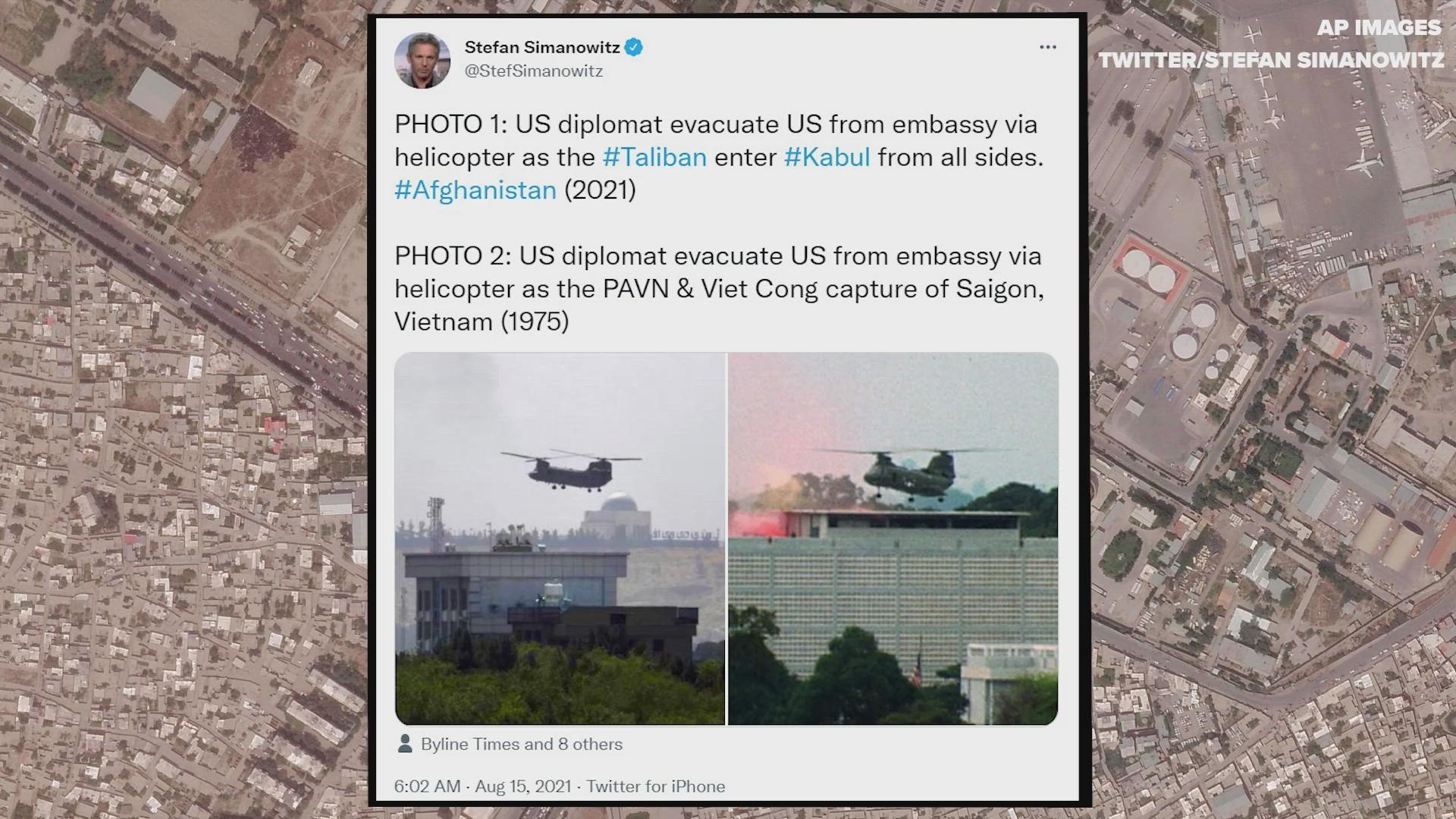 Many Afghan people fear violence or a return of the severe religious rule the group enforced from 1996 to 2001.

As a result, hundreds of Afghans are running to an airport in Kabul in an attempt to get their families out of the country.

Social media posts like this tweet compare side-by-side photos of the scene in Kabul to the Fall of Saigon in 1975. Here's why many people are drawing parallels between the two events.

In 1975, as the North Vietnamese captured Saigon at the end of the Vietnam War, South Vietnamese families raced to the airport and U.S. embassy.

They were looking for a way out of the country as Americans and their allies were airlifted out of the city.

46 years later, the United States once again is leaving the most vulnerable behind. Kabul is worse and than Saigon. The international community needs to urgently prioritize the conditions of women and girls in this crisis. 💔

RELATED: US family, mid-adoption, try to get Afghan child out

Credit: ASSOCIATED PRESS
Mobs of Vietnamese people scale the wall of the U.S. Embassy in Saigon, Vietnam, trying to get to the helicopter pickup zone, just before the end of the Vietnam War on April 29, 1975. (AP Photo/Neal Ulevich)

RELATED: How you can help Afghan refugees

The Air Force said Tuesday that its Office of Special Investigations is investigating an incident Monday in which a C-17 transport plane taking off from Kabul airport was swarmed by desperate Afghan civilians, some of whom died.

The U.S. sent troops back into Afghanistan on Monday to try to secure the airport.

Despite the comparisons, the Biden administration is denying that history is repeating itself.

On Sunday, U.S. Secretary of State Antony Blinken told ABC News, “This is manifestly not Saigon.”