Thanksgiving with a twist: A diverse America, and the dishes we're grateful for

On Thanksgiving we eat. We celebrate the many culinary traditions from our family origins, highlighting the melting pot that is America. 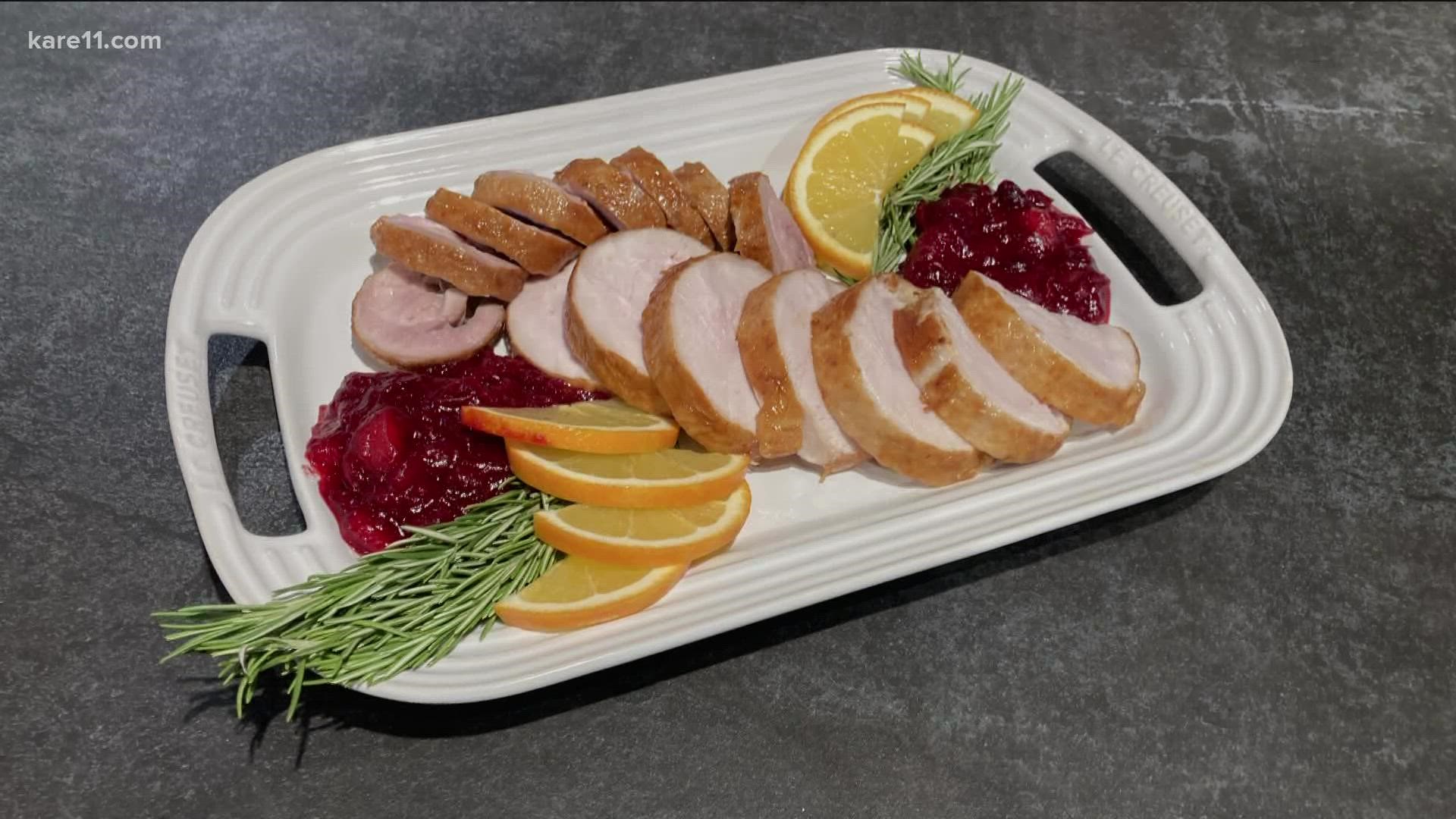 For most, Thanksgiving represents a time to be with family, and for many it's also a time to eat until you can't move. From the sometimes boring turkey recipes that make a better sandwich later that night, to grandmother's beloved deserts and sides, America's many cultures come together to influence one of our most famous holidays, and the food that is at the center of it all.

Here's a look at just some of the cultures that call America home, and some of the dishes that you might see on tables as families gather for Thanksgiving.

While there were so many delicious options to choose from in Haitian cuisine, Pen Patate could be a dessert you might see on the Thanksgiving table at one of your Haitian friend's homes this Thanksgiving. As Black Foodie writes, this dessert has sweet potatoes, raisins and bananas and is baked to create a sweet and satisfying end to the Thanksgiving meal.

The dish is vegetarian and can even be vegan with substitutions like vegan butter. Delicious!

This typical Salvadoran sandwich can use turkey as a main ingredient and would be quite filling, allowing you to skip straight to that late night turkey sandwich satisfaction you might have wanted to sneak in after dinner.

As 196 Flavors describes it, the name literally means "turkey bread" in Spanish, and turns typically dry turkey into something that is tender and full of flavor. This dish is all about following tradition as well, so vegetables should be julienned then pickled in vinegar, and the sauce must be made by first roasting the vegetables to create a rich flavor.

After the turkey is cooked and brushed with lime juice, mustard and Worcestershire sauce, among other delicious flavors, the sandwich is assembled to create a meal that could easily be the main dish!

I’ve been sick with a bad cold/sinus infection all week & finally feeling a bit better. With the mental fog lifting I remembered months ago I promised the student staff I would make Salvadoran panes con pavo this next Monday 🙃 Send over good energy as I prep this weekend 🙏🏼😂 pic.twitter.com/I0Br1Rp2A3

If you're anything like me, you think Mexico is a culinary wonderland. And one of the country's most famous places, Oaxaca, has influenced what those who celebrate Thanksgiving call a classic: stuffing.
The savory sort of bread pudding mixes sweet, salty, spicy and even almost smoky flavors, creating something that would surely be impressive at any Thanksgiving meal.

Saveur's take on the dish has some of what you might already expect in a stuffing recipe on a Thanksgiving table, like celery and onions, but with some of what Oaxaca's influence might bring. While you're at the store, look for pitted prunes, poblano chilies, orange zest and more to mix in with wheat bread.

RELATED: No, the price of a whole turkey hasn’t nearly doubled since 2019

Looking to wow your family and friends this #holidayseason? @kroger has great recipes for you at https://t.co/KBDGCXloxn, including this Oaxacan Stuffing with Fennel. Check it out! https://t.co/cf0kyWzRti #MiKroger #ad #recipes pic.twitter.com/PLKpguwb2f

Thanksgiving is often a time for cultures in the U.S., who may not have a comparable holiday in their country of origin, to make connections over something we all love: food.

Susana Orrego Villegas, a student at Harvard Medical School who is from Colombia, found herself and her husband in Boston away from family as Thanksgiving approached. She posted a message on the app Nextdoor asking neighbors if they would like to share their Thanksgiving experience together.

The couple received multiple offers to meet up for Thanksgiving with families in their area.

Sharon Lynn Smith is American who blogged about her experience while spending a Thanksgiving in Colombia while on the Fulbright program. She decided to share the warm tradition with her friends and colleagues at the Ministry of Education in Colombia. Smith found that she would have to make some adjustments while shopping, before beginning to cook. It became very obvious, very quickly, that she was in a different country with different products and ingredients, and sticking to her family's exact way of cooking wasn't going to be easy in a different country.

One idea is to mix in some foods you might see during the November and December holiday season. Colombia is known for their amazing tamales, and as Hispanic Kitchen writes, the delicious banana leaf-wrapped Colombian version of tamales is quite the warm and savory staple on nearly every Colombian's table at Christmas time, and the holidays.

With a filling made of pork, or chicken or possibly even turkey, steamed inside of the "masa" or dough, they would make a satisfying, flavorful and comforting addition to the Thanksgiving holiday table too.

I mentioned those beloved guilty pleasures, the late night turkey sandwiches many of us have grown up grabbing after our thanksgiving dinner naps are over. It's a way of taking the usually dry main protein from dinner and making into a handheld leftover delight. But, Vietnamese culture has an entirely different take on how to transform that leftover bird, and it's fantastic.

With Vietnamese Thanksgiving turkey rice porridge, or Cháo Gà Lôi, according to LearningVietnam.com, dry turkey becomes a savory and satisfying rice porridge that can be adjusted to many tastes and brings those amazingly unique and beloved Vietnamese flavors that make up part of what's so special about Southeast Asian cuisine.

You'll need a big stock pot, rice, a nice amount of fresh ginger, onions, fish sauce, sugar for sweetness and your leftover turkey. It's even recommended to throw in the bones for more flavor. LearningVietnam.com has a nice take on the recipe you may love.

Food is special to each family, and traditions are important. Feel free to share more ideas from your recipe box at djones3@tegna.com and let me know what you think.