'A blaring siren' for Democrats after ruling halts DACA

A Texas judge ruled former president Barack Obama did not have the authority to create the program back in 2012. 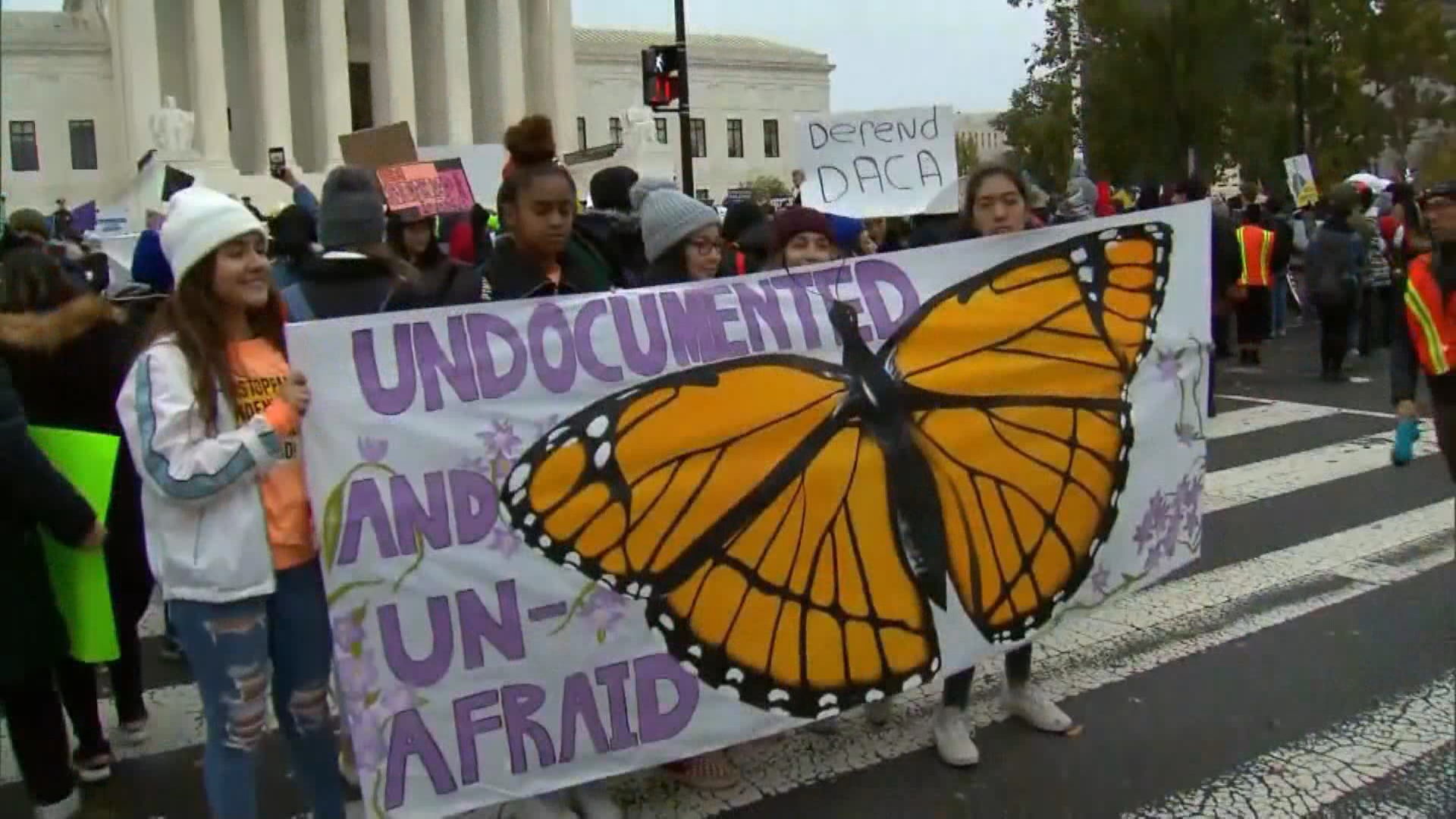 Immigrants and advocates are urging Democrats and President Joe Biden to quickly act on legislation to protect young immigrants after a federal judge in Texas on Friday ruled illegal an Obama-era program that prevents the deportation of thousands of them brought into the U.S. as children.

Plaintiffs have vowed to appeal the decision by U.S. District Judge Andrew Hanen, who declared the Deferred Action for Childhood Arrivals program illegal, barring the government from approving any new applications, but leaving the program intact for existing recipients.

Calling the ruling a “blaring siren” for Democrats, United We Dream Executive Director Greisa Martinez Rosas said they would be solely to blame if legislative reform doesn't happen.

“Until the president and Democrats in Congress deliver on citizenship, the lives of millions will remain on the line," Martinez Rosas said.

Hanen ruled in favor of Texas and eight other conservative states that sued to halt DACA, which provides limited protections to about 650,000 people.

The program has faced a roller coaster of court challenges since former President Barack Obama instituted it in June 2012. The Trump administration announced it was ending the program in September 2017, but the U.S. Supreme Court ruled in 2020 that the administration hadn't ended the program properly, keeping it alive once more.

In Friday's ruling, Hanen wrote that the states proved “the hardship that the continued operation of DACA has inflicted on them.”

He continued: “Furthermore, the government has no legitimate interest in the continuation of an illegally implemented program.”

Biden has already proposed legislation that would provide a pathway to citizenship for the estimated 11 million people living in the U.S. without authorization. He also ordered agencies to make efforts to preserve the program.

Supporters of DACA, including those who argued before Hanen to save it, have said a law passed by Congress is necessary to provide permanent relief. Hanen has said Congress must act if the U.S. wants to provide the protections in DACA to recipients commonly known as “Dreamers,” based on never-passed proposals in Congress called the DREAM Act.

The House approved legislation in March creating a pathway toward citizenship for “Dreamers,” but the measure has stalled in the Senate. Immigration advocates hope to include a provision opening that citizenship doorway in sweeping budget legislation Democrats want to approve this year, but it’s unclear whether that language will survive.

They argued that Obama didn't have the authority to create DACA because it circumvented Congress. The states also argued that the program drains their educational and healthcare resources.

The Mexican American Legal Defense and Educational Fund and the New Jersey Attorney General’s Office, which defended the program on behalf of some DACA recipients, argued Obama did have the authority and that the states lacked the standing to sue because they had not suffered any harm due to the program.

Thomas Saenz, president of MALDEF, said Friday that plaintiffs will file an appeal.

“Today's decision then once more emphasizes how critically important it is that the Congress step up to reflect the will of a supermajority of citizens and voters in this country. That will is to see DACA recipients and other young immigrants similarly situated receive legislative action that will grant them a pathway to permanence and citizenship in our country,” Saenz said.

Hanen rejected Texas’ request in 2018 to stop the program through a preliminary injunction. But in a foreshadowing of his latest ruling, he said he believed DACA as enacted was likely unconstitutional without congressional approval.

Hanen ruled in 2015 that Obama could not expand DACA protections or institute a program shielding their parents.

While DACA is often described as a program for young immigrants, many recipients have lived in the U.S. for a decade or longer after being brought into the country without permission or overstaying visas. The liberal Center for American Progress says roughly 254,000 children have at least one parent relying on DACA. Some recipients are grandparents.

Todd Schulte, president of FWD.us, a progressive organization, expressed disappointment at Friday’s ruling, saying in a statement that DACA has been a big success that has transformed many lives.

“Today makes absolutely clear: only a permanent legislative solution passed by Congress will eliminate the fear and uncertainty that DACA recipients have been forced to live with for years. We call on each and every elected office to do everything within their power so that DACA recipients and their families and communities can live free from fear, and continue to build their lives here,” Schulte said.