Supreme Court rules in favor of LGBTQ rights in the workplace, but there is still work to be done

"It's not only a human right and basic right, it should have happened a while ago." 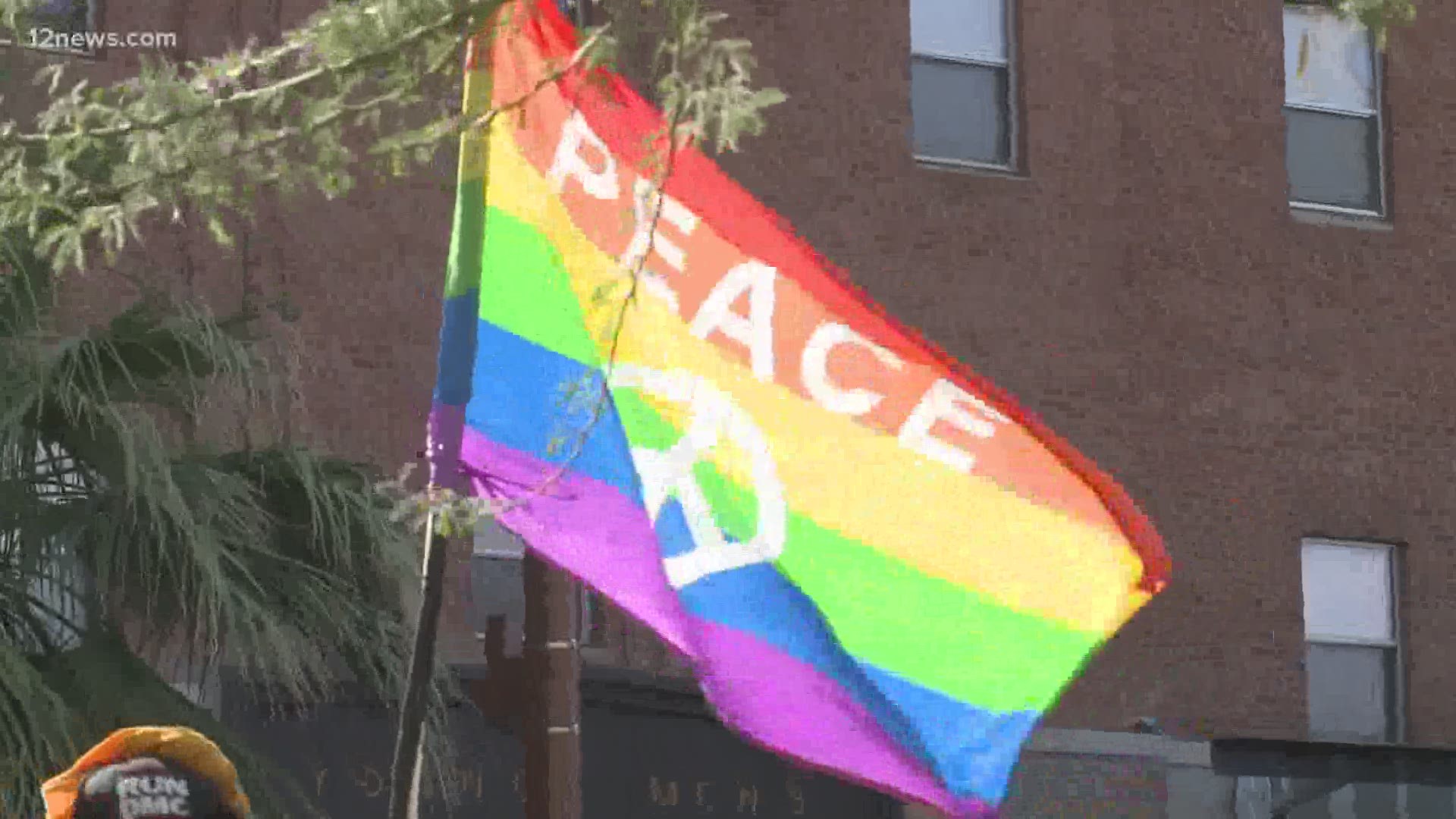 PHOENIX — Monday's historic civil rights decision by the United States Supreme Court has the LGBTQ community celebrating a watershed moment in the fight for equality.

The nine Supreme Court justices ruled that lesbian, gay, bisexual and transgender Americans are protected by the Civil Rights Act of 1964, which shields them from being fired or discriminated against at work.

The ruling impacts an estimated 11 million LGBTQ Americans. Advocates say this decision is the biggest milestone in LGBTQ rights since love won out and marriage equality became law of the land just five years ago.

"There's always been a phrase that you can get married on a Friday and fired on a Monday," said Kevin Patterson, former President of Equality Arizona and now vice president of human resources for Caliber Wealth Company.

Kevin Patterson and his husband David Larance-Patterson were the first same-sex couple to tie the knot in Arizona five years ago and were among several couples who sued to overturn Arizona's same-sex marriage ban.

"It was a good step in progress, but it did expose a lot of work that still needs to be done," said Patterson.

We spoke with several LGBTQ Arizonans about today's historic ruling, many who've experienced workplace discrimination first-hand or know others who have.

"It's not only a human right and basic right, it should have happened a while ago," said Twix the Drag Queen.

"He continuously found reasons to want to get rid of me and eventually I was terminated for no reason," said Elijah Palles.

Six years ago, Elijah Palles worked as a receptionist before beginning his transition from female to male. He says his manager fired him because he wouldn't speak like a girl. "It was generally because he was uncomfortable."

"Today is a historic day," Phoenix Pride said in a statement Monday. However, the organization acknowledged that Arizona still has some progress to make.

"We are proud that these rights have already existed for nearly a decade in the City of Phoenix, even as the State of Arizona has failed to recognize and protect these rights at the state level. Today’s ruling should be a loud clarion call to the members and leaders of the Arizona Legislature that it is time to enshrine these same protections in statute, so that we can be a state that is truly open and welcoming to everyone," the statement said in part.

This isn't the first victory for the LGBTQ community against workplace discrimination. In 2011, Congress repealed "Don't Ask, Don't Tell" at the time banning gays and lesbians from serving opening in the military.

"The military was all I wanted to do at the time and to not be able to be in that space, it tore me apart," said Sarah Tyree, Army veteran and state Senate candidate. Tyree is running for District 22 of the state Senate.

Tyree is championing the Court's decision but says there are still areas without protection.

"I'm ready to see that this ruling is extended to healthcare and housing as well," she said.

Kevin Patterson tells us with the current climate of ending racial injustice, he hopes this decision by the Supreme Court brings the nation a step closer to the end of judging a person by the color of their skin, sexual orientation or gender identity.

“Even as we celebrate this victory, we remain vigilant and aware of the fact that many in our community and amongst our allies, as well as those beyond, still face the harsh cruelty of systemic racism and bigotry. In the face of this victory for human rights, we are committed to securing fair, just and equitable treatment for all people, and we continue to proclaim that Black lives matter," Phoenix Pride said.

"Today, the U.S. Supreme Court did what the U.S. Constitution reserves for Congress; it made legislation when it issued its decision in three Title VII cases ... Today’s ruling redefines the term, “sex” and could have a chilling effect on conscience rights, and protections and equal opportunities for girls and women. While many aspects of the Court’s ruling are troubling, the most concerning is the fact the Court, again, has shown its inclination to make law, not interpret law," CAP said in part in a statement Monday.

RELATED: Political meets personal: Leading foe of LGBT rights in Arizona on opposite side from gay daughter 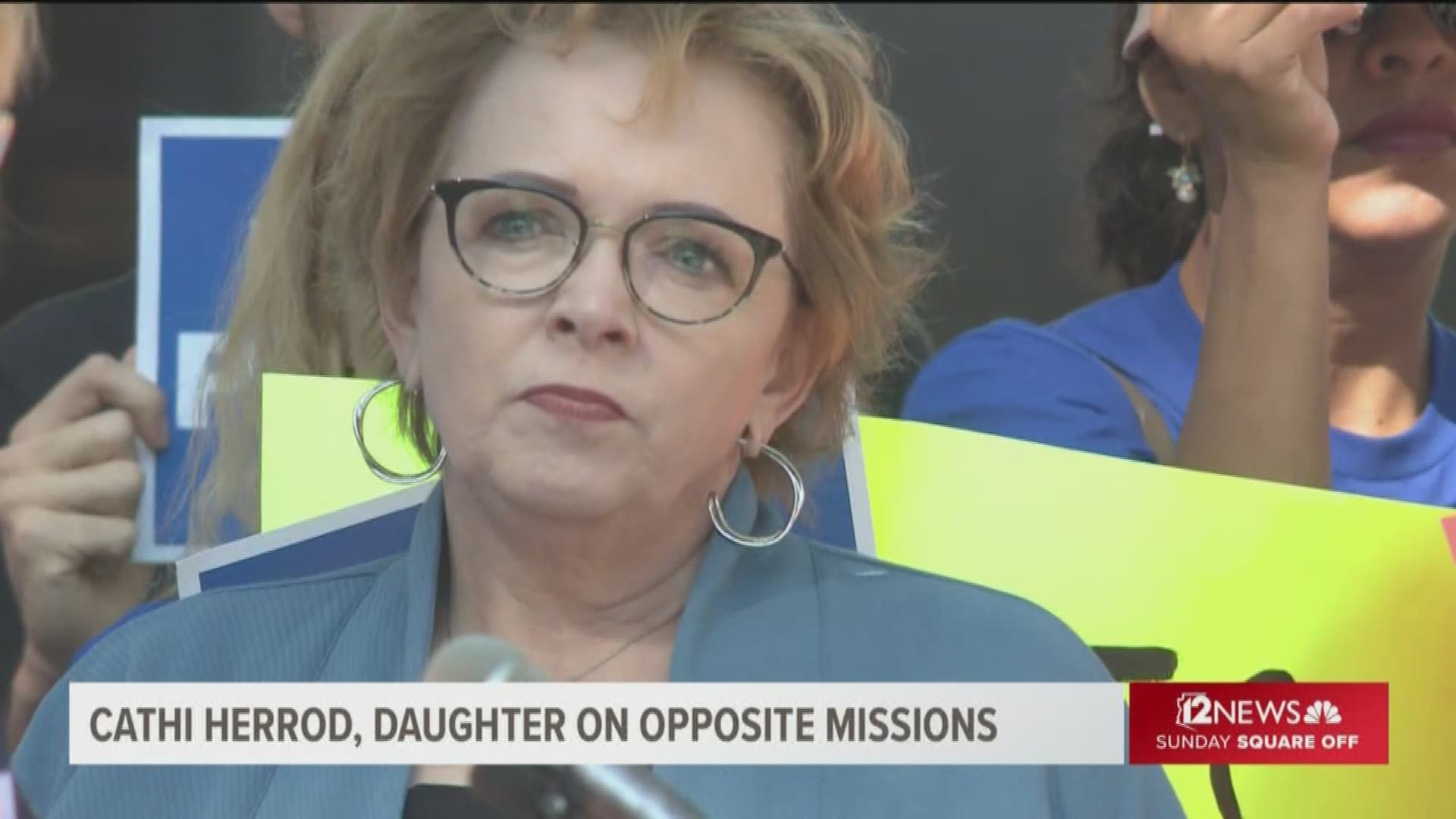