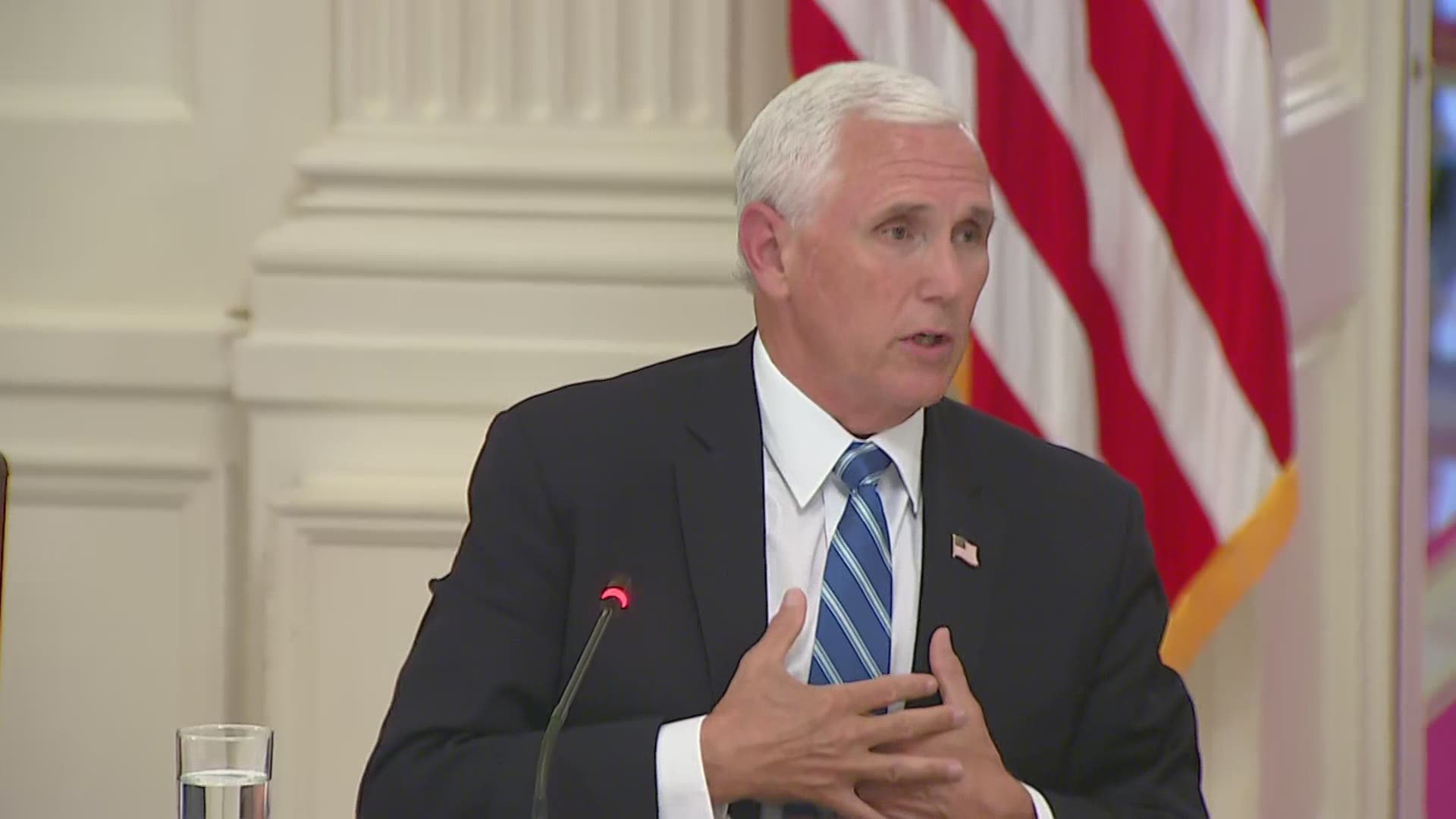 The U.S. Department of Education is attempting to take pandemic relief funds away from K-12 public schools and divert the money to private schools, California and four other states argued in a lawsuit filed Tuesday against the Trump administration.

The department's interpretation will instead allow school districts to get funds based on their total student population, leading tens of millions of dollars to be diverted from public schools in the poorest districts to private institutions with tuition similar to that charged by private colleges, the lawsuit says.

"Today's announcement is about stopping the Trump administration's latest effort to steal from working families to give it to the very privileged," Becerra said.

Department of Education Press Secretary Angela Morabito said that while the department does not comment on pending litigation, "the Secretary has said many times, this pandemic affected all students, and the CARES Act requires that funding should be used to help all students."

Under the rule issued by DeVos, school districts are ordered to set aside a portion of their aid for private schools using a formula based on the total number of private school students in the district.

The policy has been contested by public school officials who say the funding should be shared based on the number of low-income students at local private schools rather than their total enrollments. That's how funding is shared with private schools under other federal rules that Congress referenced in the legislation creating the relief aid.

But DeVos has said the funding is separate from other federal aid and was meant to support all students.

The rule "creates a false choice where school districts must include private schools on the basis of their total population or be forced to jump through unnecessary hoops to do what Congress intended and make sure the funds get to schools that are hurting the most," Becerra said.

RELATED: US notifies UN of withdrawal from World Health Organization

He said the rule undermines the intent of Congress and violates the separation of powers as established by the U.S. Constitution.

It could cost California public schools $1.5 billion in funding, he said.

Becerra said it is not that private schools are ineligible for relief funds, but he said Congress called for those funds to be distributed on the basis of need.

"Some of those private schools have already been able to access hundreds of billions of dollars from the CARES ACT Paycheck Protection Program unlike California public schools that can't," he said.

In Michigan, officials said the rule could cost public schools at least $16 million, including $2.6 million each in Detroit, the state's largest district, and Grand Rapids, where DeVos has roots.

"All students in this country deserve an equal chance at an education. That's why we cannot and will not sit on the sidelines while critical funding specifically allocated based on low-income status is allowed to be re-allocated by counting students who have privileges and resources already available to them," said Nessel, a Democrat who announced the lawsuit at a news conference alongside Democratic Gov. Gretchen Whitmer and state superintendent Michael Rice.

Rice said nonpublic schools in Michigan are entitled to $5.1 million under the relief law but would get $21.6 million under one of two options outlined under DeVos' policy.

"This is enough to buy 63,694 Chromebooks for students at $259 per Chromebook, or to buy personal protective equipment for 33,944 students at $486 per student annually," Rice said.

"The U.S. Secretary of Education manufactured guidance and their rule that favored nonpublic schools at the expense of public schools in a way neither intended nor enacted by Congress," he said.

The Great Lakes Education Project, a Michigan group co-founded by DeVos long before she became education secretary, criticized the lawsuit.

"The coronavirus did not discriminate based on the kind of schools Michigan kids attend, and neither did the governor's executive order shuttering every school building in the state," said executive director Beth DeShone. She accused Michigan leaders of attempting "to discriminate against and strip emergency funding from kids in the midst of a global pandemic, based simply on the schools their parents have chosen."