The golden toilet worth more than a million in U.S. dollars was taken from the British leader's birthplace just days after it had been installed. 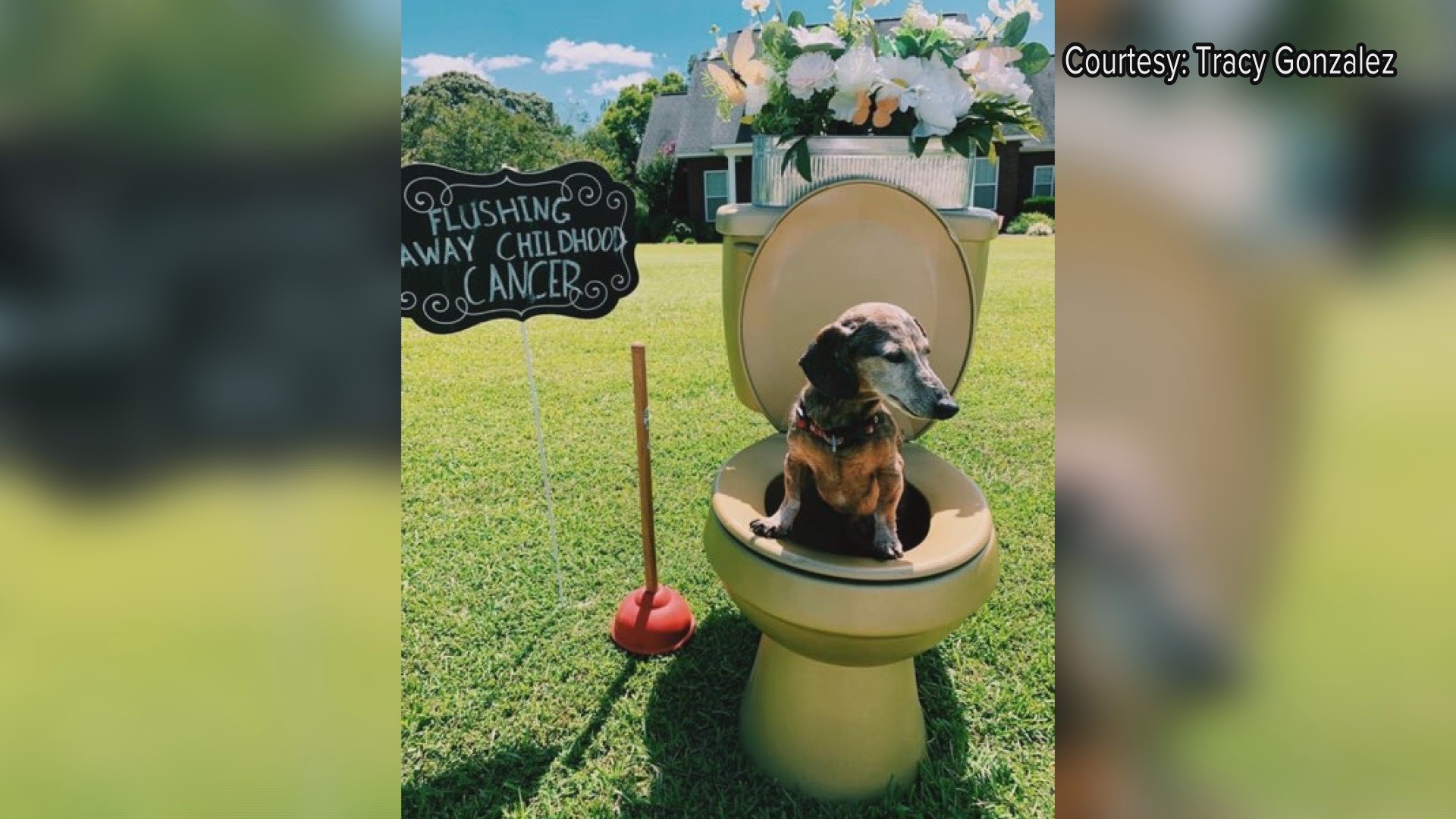 LONDON (AP) — Thieves have stolen a unique solid gold toilet worth up to 1 million pounds ($1.25 million) from the birthplace of British wartime leader Winston Churchill.

The toilet, the work of Italian conceptual artist Maurizio Cattelan, had been installed only two days earlier at Blenheim Palace, west of London, after previously being shown at the Guggenheim Museum in New York.

Police said the toilet was taken early Saturday by thieves who used at least two vehicles. Because the golden toilet had been connected to the palace's plumbing system, police said its removal caused "significant damage and flooding" to the building, a UNESCO World Heritage site filled with valuable art and furniture.

A 66-year-old man was arrested. The man has not been identified or charged.

Credit: AP
FILE - This Sept. 16, 2016 file image made from a video shows the 18-karat toilet, titled "America," by Maurizio Cattelan in the restroom of the Solomon R. Guggenheim Museum in New York. Thieves have stolen the solid gold toilet worth up to 1 million pounds from Blenheim Palace, the birthplace of Winston Churchill. The toilet, the work of Italian conceptual artist Maurizio Cattelan, had been installed only two days earlier at Blenheim Palace, west of London, after previously being on show at the Guggenheim Museum in New York. (AP Photo, File)

Thames Valley Police Detective Inspector Jess Milne said: "The artwork has not been recovered at this time but we are conducting a thorough investigation to find it and bring those responsible to justice."

Blenheim Palace said in a statement that officials are "saddened" by the theft but "relieved no one was hurt."

"We knew there was huge interest in the Maurizio Cattelan contemporary art exhibition, with many set to come and enjoy the installations," the palace said in a tweet.

"It's therefore a great shame an item so precious has been taken, but we still have so many fascinating treasures in the Palace and the remaining items of the exhibition to share."

A statement on the Palace website said the building was closed to the public Saturday because of "an unforeseen incident." The grounds remained open.

Prior to the theft, visitors to the Cattelan exhibition could book a three-minute appointment to use the toilet.

The magnificent stately home is extremely popular with visitors and is occasionally used for special events including high end fashion shows and art exhibits. It is located in Oxfordshire, about 65 miles (105 kilometers) west of London.