Old Man Winter was a wedding crasher for Brittany and Sean Tuohy's nuptials in Washington state, but it made for some breathtaking photos and memories. 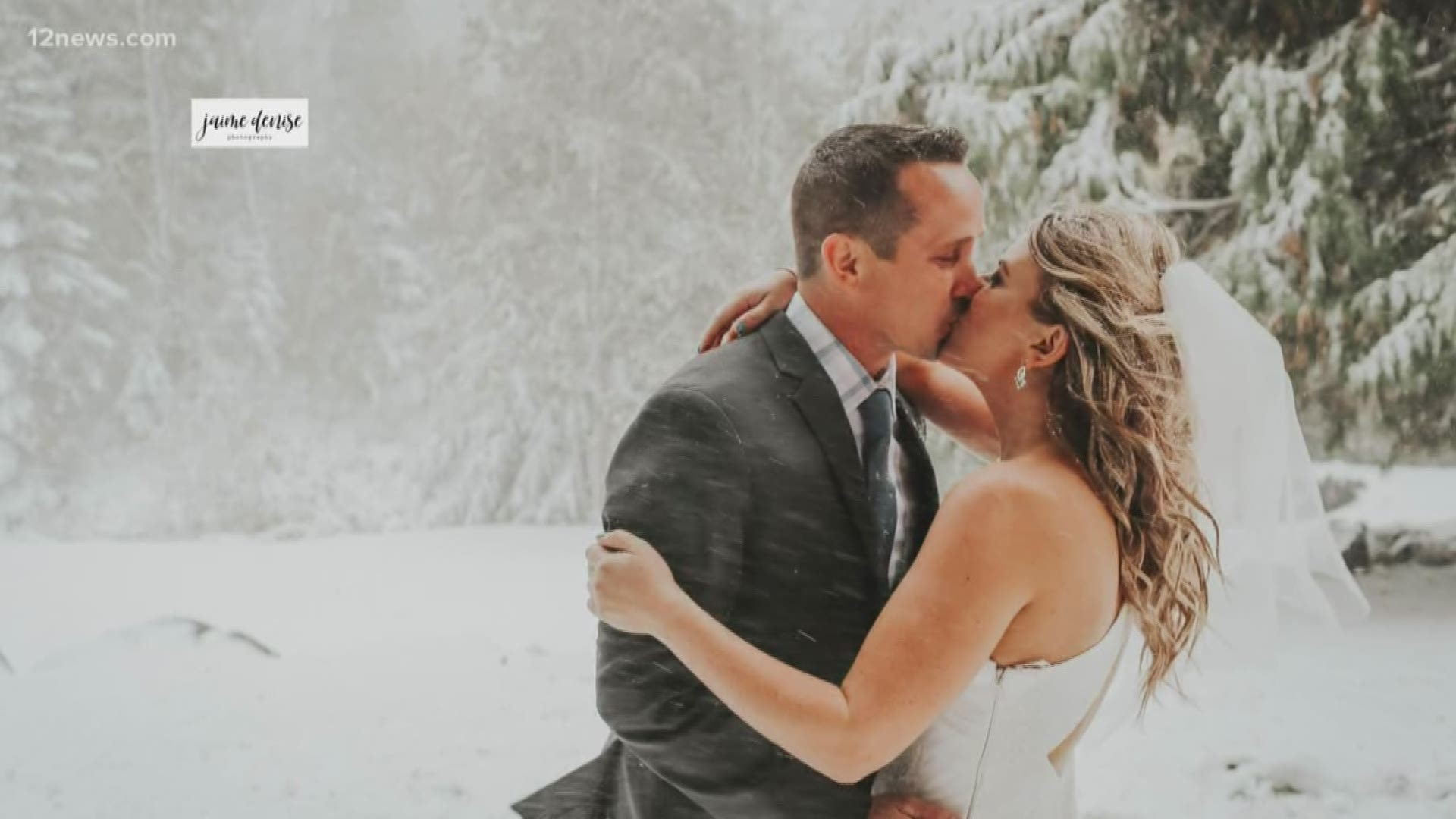 A couple trekked to Spokane, Washington, for a September wedding that presumably would include some colorful fall foliage. But an unusual, out-of-season blizzard created a much different backdrop and one that they and their photographer will never forget.

Brittany and Sean Tuohy, grew up in the Pacific Northwest and wanted to have their wedding there in early fall, according to photographer Jaime Fletcher. The weather would be cooler and more seasonal than where they live now in Arizona.

"Whoever would've thought we'd get an actual BLIZZARD on Mt. Spokane on September 28th? WITH LIKE AN ACTUAL FOOT OF SNOW AND COUNTING? Not me. Not anyone," Fletcher wrote on her Facebook post for her business, Jaime Denise Photography.

Fletcher said the couple was "absolute champions" when they were forced to move their wedding from outdoor to indoor at the last minute.

Fletcher said she was able to get them to step outside for 10 minutes to snap a few lifetime memories that they never expected when they set their wedding date. Fletcher noted some of the photos were taken when winds started picking up and the weather got really bad.

Even their wedding party of six bridesmaids and six groomsmen got into the act. And just to show how much they were troopers in all this, all the women were wearing sleeveless dresses.

"THANK YOU to Brittany & Sean for having the best attitude about the uncontrollable atmosphere. You made the chaos absolutely beautiful! Your love for each other warmed all of us," Fletcher wrote.

RELATED: Storm brings heavy, wet snow to Montana, other US states and Canada in fall

RELATED: 'Revved up for the season': First snowfall of the season on Mount Hood

1 / 11
Jaime Denise Photography
A surprise, early fall snowstorm near Spokane, Wash., made for an unforgettable backdrop for Sean and Brittany Tuohy's wedding, Sept. 28, 2019.