A Vatican spokesman also added that the victims should know that Pope Francis is on their side. 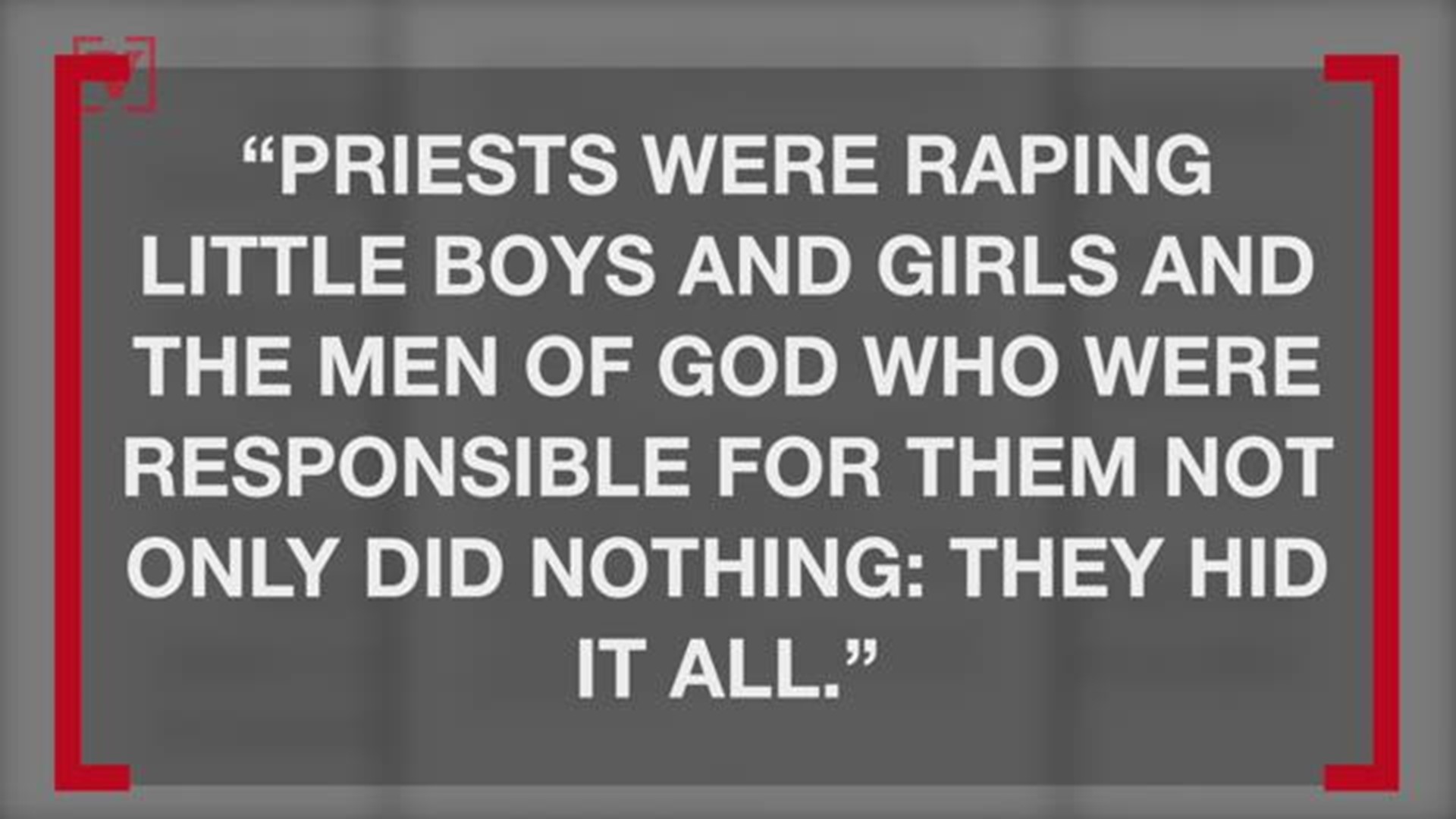 VATICAN CITY — The Vatican has called the sex abuse described in a grand jury report in Pennsylvania "criminal and morally reprehensible."

In a statement released late Thursday, Vatican spokesman Greg Burke said "those acts were betrayals of trust that robbed survivors of their dignity and faith."

He said that victims should know that Pope Francis is on their side.

This comes shortly after the Vatican faced heavy criticism for declining to address the allegations from a scathing 884-page grand jury report about abuse in six Pennsylvania dioceses.

The report, released Tuesday, alleges that more than 300 “predator priests’’ had been accused of sexually abusing more than 1,000 kids over a period of 70 years. The Catholic Church had engaged in a “systematic cover-up’’ while shifting the abusive priests from one parish to another, the report says.

The details of the report have horrified members of the church and non-Catholics alike with stunning revelations: a priest molested a 7-year-old girl during a visit to a hospital where she had her tonsils removed; priests shared naked photos of abuse victims; a priest arranged an abortion after impregnating a girl he had raped; a priest got a reference letter for a Disney World job after years of complaints about his abusive acts.

The grand jury also said the number of abused children was in the thousands, but some records have been lost and many of the victims did not come forward because they were intimidated or persuaded to stay quiet while the church shielded the abusers.

“Priests were raping little boys and girls, and the men of God who were responsible for them not only did nothing; they hid it all. For decades,’’ the grand jury wrote.

Before their most recent statement, the response from the Vatican had been from spokeswoman Paloma Ovejero, who on Wednesday said, “We have no comment at this time.’’

Francis, who became the leader of the Catholic Church five years ago, has been criticized in the past for not addressing forcefully enough the issue of clergy sexual abuse. But his lack of response to such a thorough analysis of the problem by a governmental agency has been striking.

Pennsylvania Attorney General Josh Shapiro had sent Francis a letter in July warning him that his office’s 18-month investigation has discovered “widespread sexual abuse of children and a systematic cover-up by leaders of the Catholic Church,’’ CNN reported.

USA TODAY and the Associated Press contributed to this report.