Officials urge Floyd protesters to get tested for coronavirus

The protests and marches have sparked concerns about possible spikes in infections. 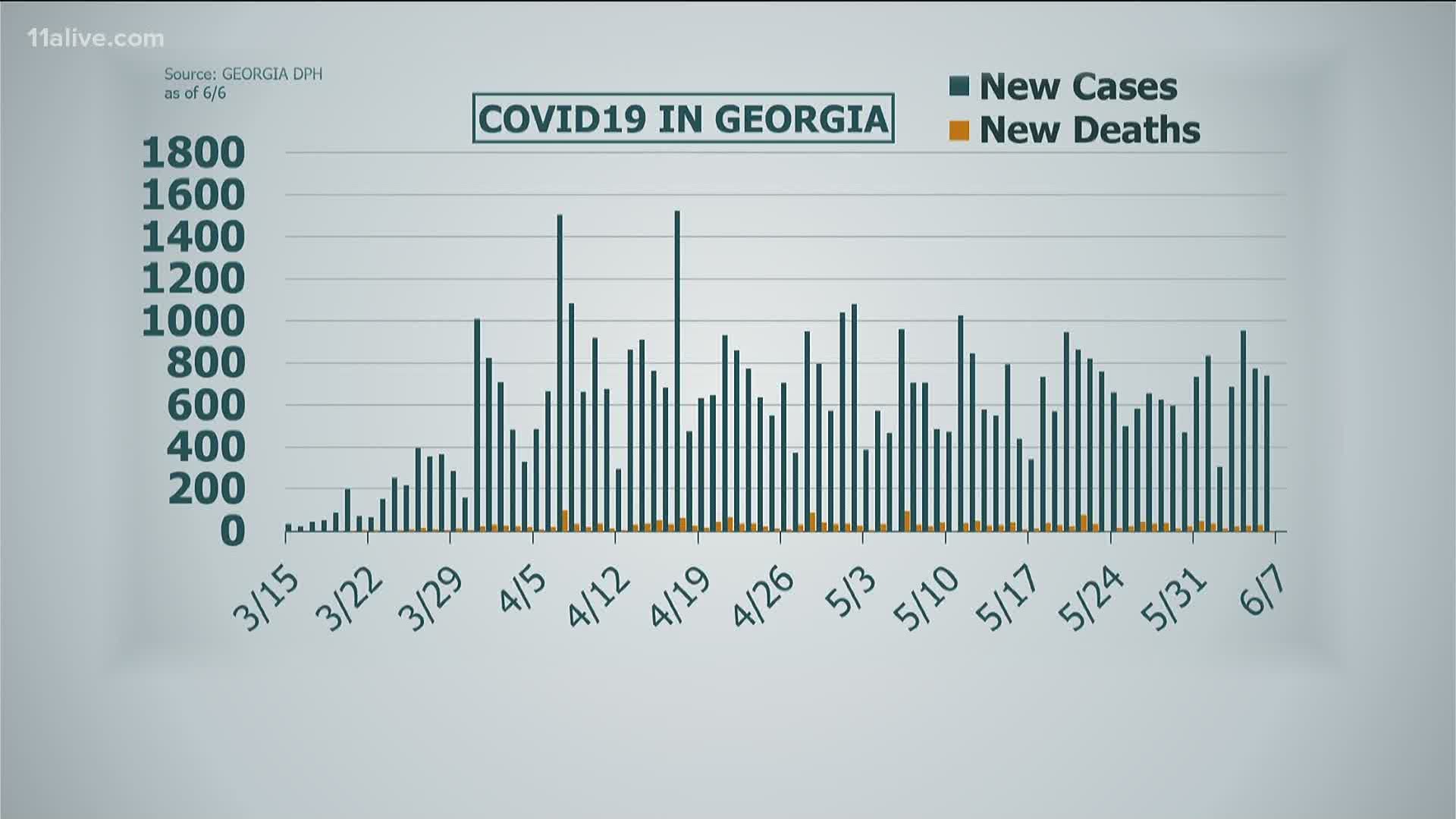 As New York City prepared to reopen after a more than two-month coronavirus shutdown, officials on Sunday lifted a curfew that was put in place amid protests of police brutality and racial injustice. But they also urged that demonstrators be tested for COVID-19.

"Get a test. Get a test," New York Gov. Andrew Cuomo urged people who have been participating in rallies and marches in memory of George Floyd.

He said the state planned to open 15 testing sites dedicated to protesters so they can get results quickly.

"I would act as if you were exposed, and I would tell people you are interacting with, assume I am positive for the virus," Cuomo added.

The call is similar to what officials in Seattle, San Francisco and Atlanta have made following massive demonstrations, with free testing set up for protesters who may have been exposed to the virus.

"There is a pandemic going on out there. People are aware of that. I don't think any of us have forgotten that's happening," Jennifer Cota, who was protesting in a Seattle suburb, told KCPQ-TV. "It's still a risk a lot of people are willing to take."

Demonstrations across the country Saturday were perhaps the largest one-day mobilization since Floyd died May 25 at the hands of a Minneapolis police officer. The turnout continued around the globe Sunday even as U.S. cities lifted curfews imposed amid last week's spasms of arson, assaults and smash-and-grab raids on businesses. Recent days of U.S. protests have been overwhelmingly peaceful.

New York City prepared to enter its first phase of reopening after shutdowns due to the pandemic. Between 200,000 and 400,000 people are expected to head back to the workplace Monday, with many using a subway system that most New Yorkers have avoided since March because of crowded conditions.

"Last night was the best by far," de Blasio told reporters. "We had the biggest number of protesters, the fewest arrests, the fewest problems and that convinced me it was time for the curfew to go away. I have no intention of bringing it back."

He maintained, however, that the city was still debating whether to enforce street closures later in the day. He also said he was "frustrated" by the large number of police officers who were not wearing face masks, describing it as painful to people who may perceive law enforcement was "flouting" social distancing rules.

New York City police pulled back on enforcing the curfew Saturday as thousands took to streets and parks to protest Floyd's death.

His body arrived in Texas for a final memorial service, said Houston Police Chief Art Acevedo. A viewing is planned for Monday in Houston, followed by a service and burial Tuesday in suburban Pearland.

Credit: AP
People gather calling for justice for George Floyd, who died May 25 after being restrained by police in Minneapolis, USA, in Milan, Italy, Sunday, June 7, 2020. People have been protesting throughout Italy, to denounce the police killing of George Floyd and show solidarity with anti-racism protests in the U.S. and elsewhere. (AP Photo/Luca Bruno)

RELATED: 'We are in this together,' Saturday protest centered around community voices

Floyd, a 46-year-old out-of-work bouncer, died after a Minneapolis police officer pressed his knee into his neck for several minutes even after he stopped responding. His death has inspired international protests and drawn new attention to the treatment of African Americans by police and the criminal justice system.

Other memorials have taken place in Minneapolis and Raeford, North Carolina, near where Floyd was born.

At the private service in North Carolina', mourners sang with a choir as a large photo of Floyd and a portrait of him adorned with an angel's wings and halo were displayed.

In Washington, D.C., dozens of National Guard troops from South Carolina were seen checking out of their hotel Sunday shortly before President Donald Trump tweeted he was giving the order to withdraw them from the nation's capital.

The troops, carrying gear and clothing, sipped coffee and smoked cigarettes as they waited for buses to take them to the airport.

Trump ordered guard troops into Washington to "dominate" the streets after some protests of Floyd's death turned violent. The city's mayor called on Trump last week to withdraw outside forces amid days of largely peaceful protests.

Outside the United States:

— A crowd estimated at 10,000, many in face masks, filled a square in front of the main courthouse in Brussels, holding white roses and signs decrying racism. "You think you are tired of hearing about racism? We are tired of experiencing it," read one placard held up by a young black woman.

— In Italy's financial capital of Milan, a few thousand people rallied against racism outside the central train station, many of them African migrants or the children of migrants who want to see reforms making it easier to receive citizenship. One held a sign saying, "I Fight For My Kids."

— Protesters massed by the thousands outside the gleaming new U.S. Embassy in London, where student Darcy Bourne said the demonstration was about "more than just George Floyd, more than just America, but racism all around the world."

— Thousands wearing masks against the virus massed peacefully in Spain's main cities, including at the U.S. Embassy in Madrid to denounce racism and chant: "Police murderers!" and "No justice, no peace!" A protest also was held in a central square in Barcelona.