Reports: 'Black Lives Matter' to be painted on NBA courts

The WNBA may do the same. 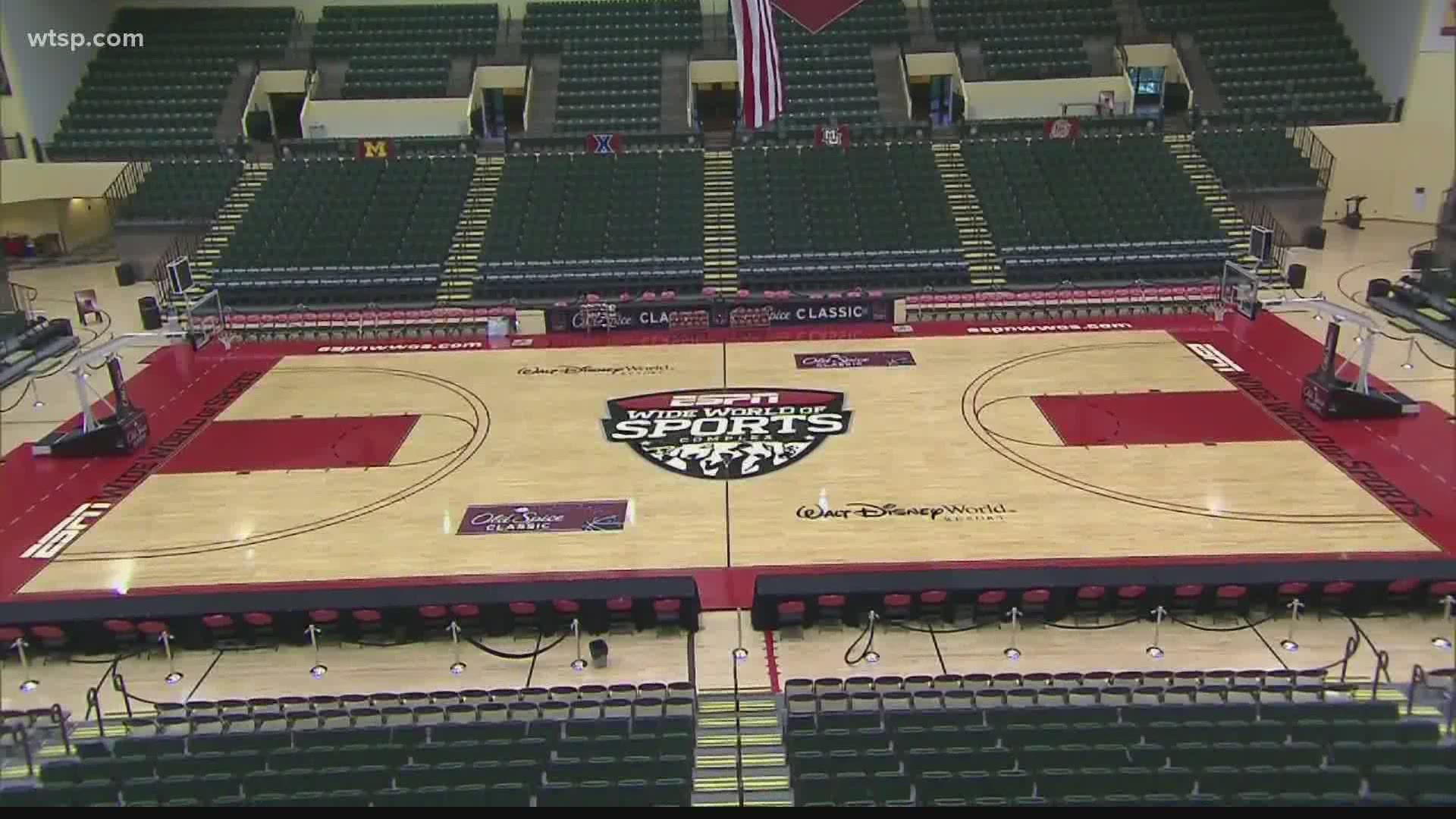 The NBA and its players union will paint "Black Lives Matter" on the sidelines of their courts when the league resumes its season next month in Orlando, Fla, according to multiple reports. The WNBA may do the same.

The NBA will use three arenas at the Walt Disney World Resort when play resumes July 31. Twenty-two teams will play both regular-season games and a play-in tournament to decide postseason berths. Fans will not be allowed to attend due to the need for social distancing because of the coronavirus pandemic.

The WNBA will have an abbreviated 2020 season with all games played at IMG Academy in Bradenton, Fla., and may also have "Black Lives Matter" on the sidelines, ESPN reports.

ESPN, citing sources, says WNBA players have suggested wearing warm-up shirts that read "Say Her Name." It's meant to keep focus on female victims of police brutality, including Breonna Taylor who was shot and killed by Louisville, Ky., police at her home in March.

The NBA and the NBA Players Association is also working on allowing players to wear personalized social justice messages instead of their last names on their backs. NBA.com reports those could include phrases like "Black Lives Matter," names of social justice organizations or the names of people killed by police.

The proposed moves come amid worldwide protests following the death of George Floyd, a Black man. He died May 25 after a white Minneapolis police officer pressed his knee against the handcuffed 46-year-old's neck for nearly eight minutes. The officers were responding to a call about a man trying to pass a counterfeit $20 bill at a nearby store.