The huddle caught on a pool camera included the leaders of Canada, France and the U.K. 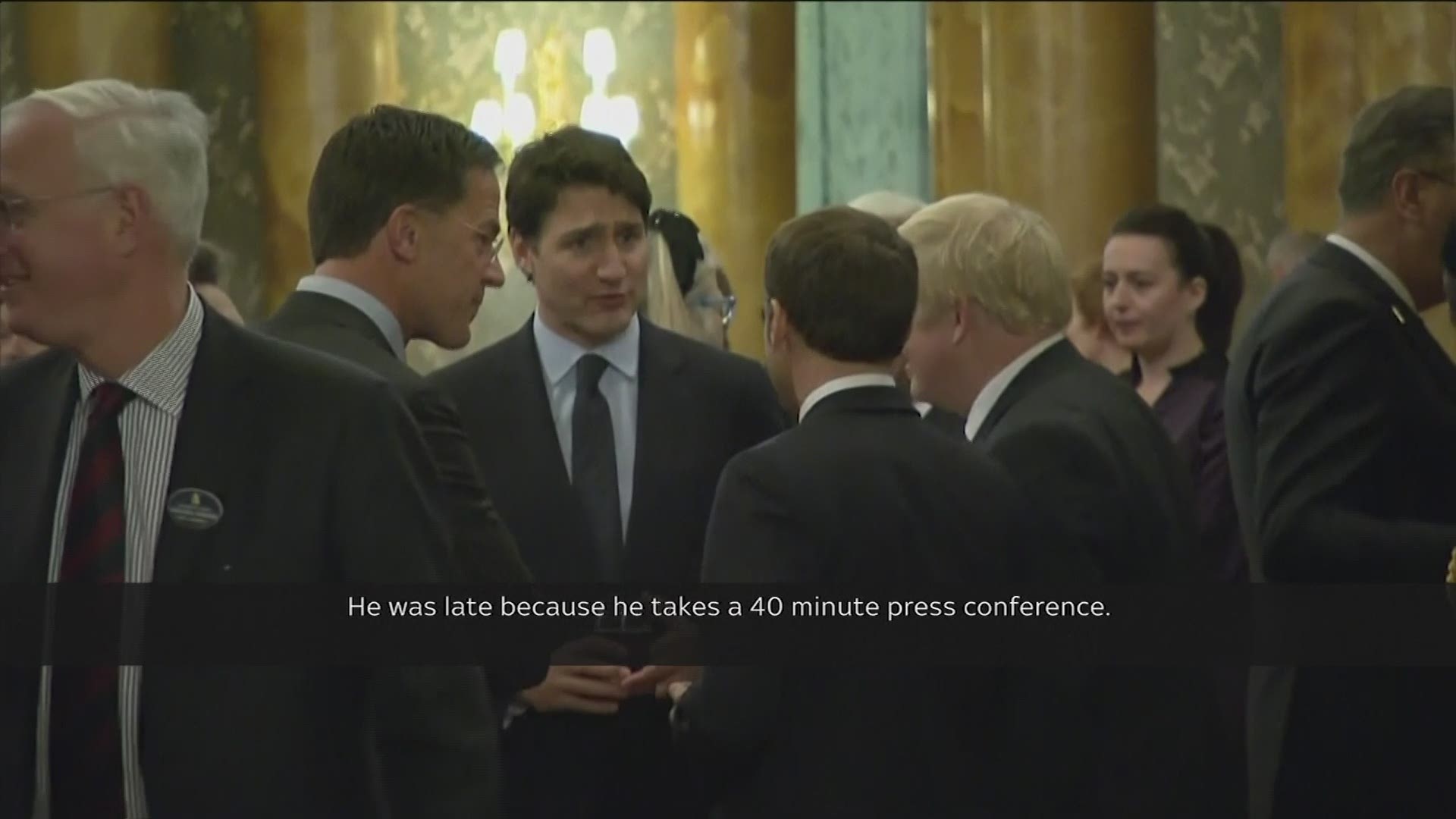 LONDON, UK — While NATO leaders professed unity on Wednesday at a summit near London, a spat rippled under the surface after several were caught in an unguarded exchange on camera apparently gossiping about U.S. President Donald Trump’s behavior.

Trump branded Canadian Prime Minister Justin Trudeau “two-faced” after the remarks captured during a reception in London at Buckingham Palace.

After Johnson asked Macron, “is that why you were late?” Trudeau could be heard saying “he was late because he takes a 40-minute press conference off the top." That appeared to be a reference to Trump’s long and unscheduled question-and-answer session with journalists earlier Tuesday.

Trudeau also said: “You just watched his team's jaws drop to the floor."

Trump wasn’t mentioned by name during the exchange.

Footage of the palace reception was recorded by a pool camera. The clip was posted online by Canadian broadcaster CBC and has been viewed more than 5 million times.

Trump said Wednesday that Trudeau was likely upset that the U.S. president had broached the fact that Canada falls short of the NATO target of spending 2% of its gross domestic product on defense.

“Well he's two-faced,” Trump told reporters Wednesday. “And honestly, with Trudeau he's a nice guy, I find him to be a very nice guy but you know the truth is that I called him out on the fact that he's not paying 2% and I guess he's not very happy about it."

RELATED: Pompeo: Impeachment work should pause while Trump is abroad

Trudeau’s office had no immediate comment. Trudeau spoke briefly to Trump as NATO leaders gathered for a summit Wednesday in Watford, outside London, and the two men shook hands.

Leaders of the 29 NATO states are marking the 70th anniversary of the military alliance — and trying to patch up differences over defense spending, the alliance’s strategic direction and member nation Turkey’s military action in northern Syria.