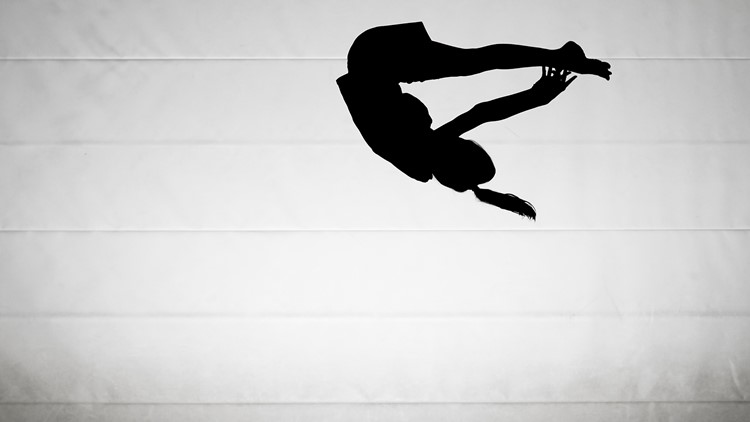 A 37-year-old Missouri mother and former gymnast is wowing social media by doing a move she was afraid to do back in her competition days.

Nicole Clemens told BuzzFeed News that she was a mediocre gymnast when she was competing between the ages of 10 and 15. She said she got a late start and wasn't built like a gymnast.

22 years later, the English teacher and mother of two is still involved in gymnastics thanks to her daughter, who she says competes at a high level. Because of the cost of gymnastics, Clemens said she started coaching part-time to offset costs.

That gave her the bug to try the sport again by joining an adult gymnastics class, according to BuzzFeed.

"I've stuck with it for over a year now because it's just fun," Clemens told BuzzFeed. "There's no pressure, no anxiety, just reliving the glory days I never really had and learning to fly. That's the best part. The simultaneous in-control and out-of-control moment where I get to show gravity who is the boss.”

RELATED: Simone Biles shows off new vault she could debut in Tokyo

And that's where the video comes in. Clemens decided to show off her roundoff back layout. She said she struggled with the move as a teen and that's what kept her from moving up to the next level.

"In the spirit of being freaking proud of myself and also knowing I'm about to be fat shamed on the Internet, I present to you me, a 38 year old (she later corrected to say she was 37) mom and teacher doing a thing I was afraid to do when I was a 14 year old gymnast," she wrote on Twitter with the video.

The video has been viewed more than 4.6 million times since it was posted Monday.

She says she plans to add a full next week -- and straighten her legs.

Clemens said she has doubled her Twitter followers since posting the video.