Jacob Chansley, who calls himself the QAnon Shaman, has been jailed since his arrest nearly six months ago. 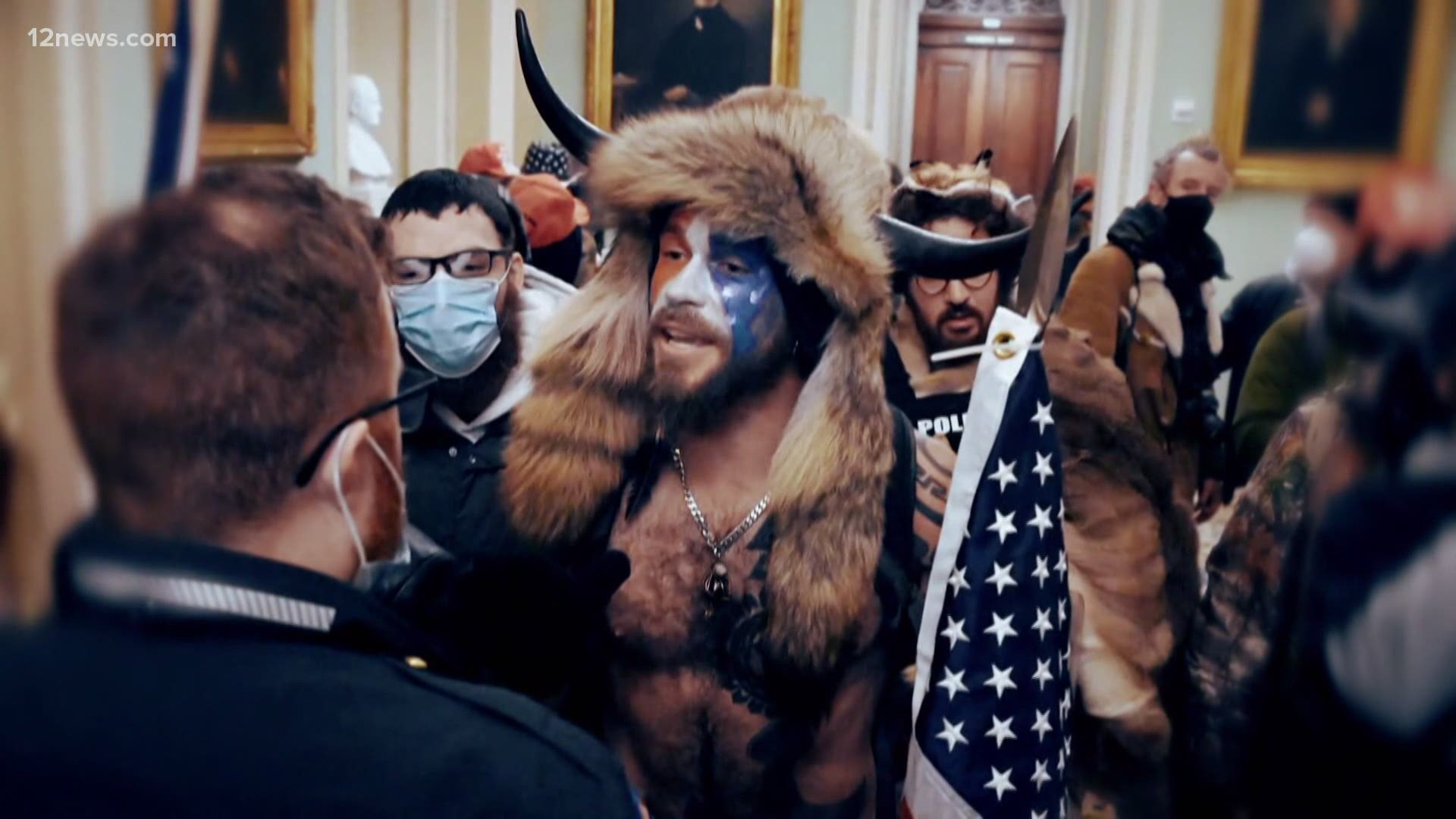 WASHINGTON — Editor's Note: The video above originally aired in March.

A Phoenix man who stormed the U.S. Capitol during the Jan. 6 riot while sporting face paint, no shirt and a furry hat with horns has lost his third bid to be released from jail.

A federal judge in Washington concluded Tuesday that Jacob Chansley hadn’t presented new information that had a “material bearing” on whether any condition of release from jail would assure he doesn’t flee from authorities.

Chansley, who calls himself the QAnon Shaman, has been jailed since his arrest nearly six months ago.