Physician-turned-comedian Ken Jeong put his medical training to use to help a woman during the middle of his comedy show. 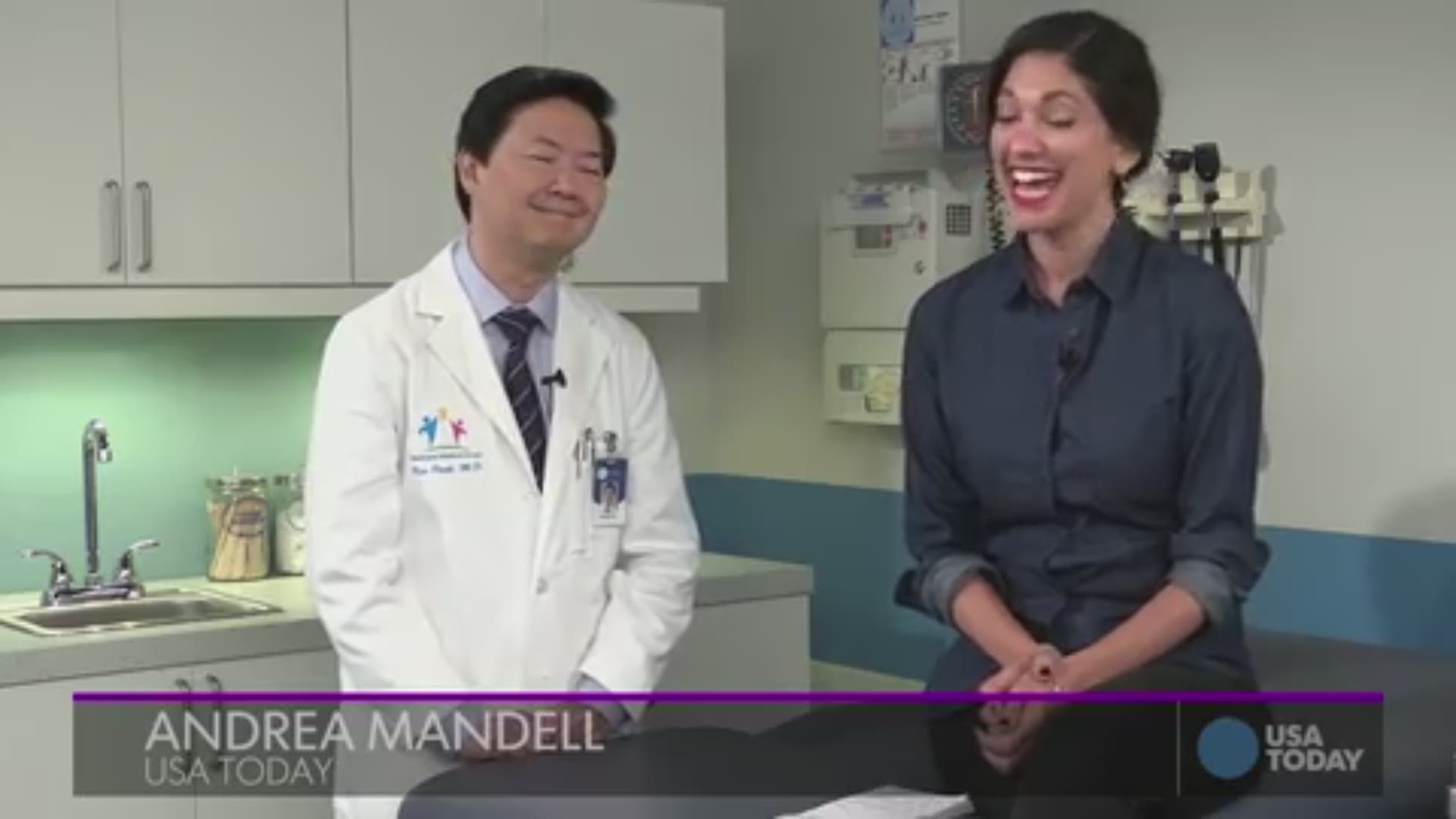 Page Ken Jeong and he comes to the rescue. Even if the physician-turned-comedian is in the middle of his comedy routine.

That happened at the Stand Up Live Comedy Club in Phoenix on Saturday night during Jeong's routine. The trained physician and former star of ABC's Dr. Ken jumped from the stage to help a woman in the third row who required medical assistance.

The comedian's publicist Michelle Margolis confirmed Jeong's aid at the club, as first reported by TMZ.

Jeong, 48, was admirable in his actions, says Heather Holmberg, a Phoenix resident who was in the audience.

"It’s a wonderful story. It was such perfect timing: Ken just jumped from the stage to help," says Holmberg, noting that the woman appeared to be having a seizure. An EMT in the audience also provided quick assistance.

@kenjeong at Stand Up Live! A woman had a medical emergency during the show. Ken thinks its heckling, when people are asking for his help. He jumps off stage to assist. An EMT helped, too. Then on with the show! Great night! He is gracious and grateful...AND flipping funny! pic.twitter.com/G0nMWb5wMM

Jeong seemed to think the audience members were razzing him at first when they called for him, Holmberg says.

"He couldn’t see what was going on with the lights. He thought he was being heckled. He was playing with them from the stage for a second," Holmberg says. "And it was like, 'No, no, no. We need you!' He realized there was an issue, and he came over. It was a moment where time stands still. Someone was having a crisis. There was a hush over the room."

Jeong stayed with the woman until she recovered and was taken away by ambulance. Then he returned to the stage and finished his routine.

"And he was brilliant," Holmberg says. "He's a very funny man but you were able to see a side of him that's very compassionate. You don't often see that in comedians."