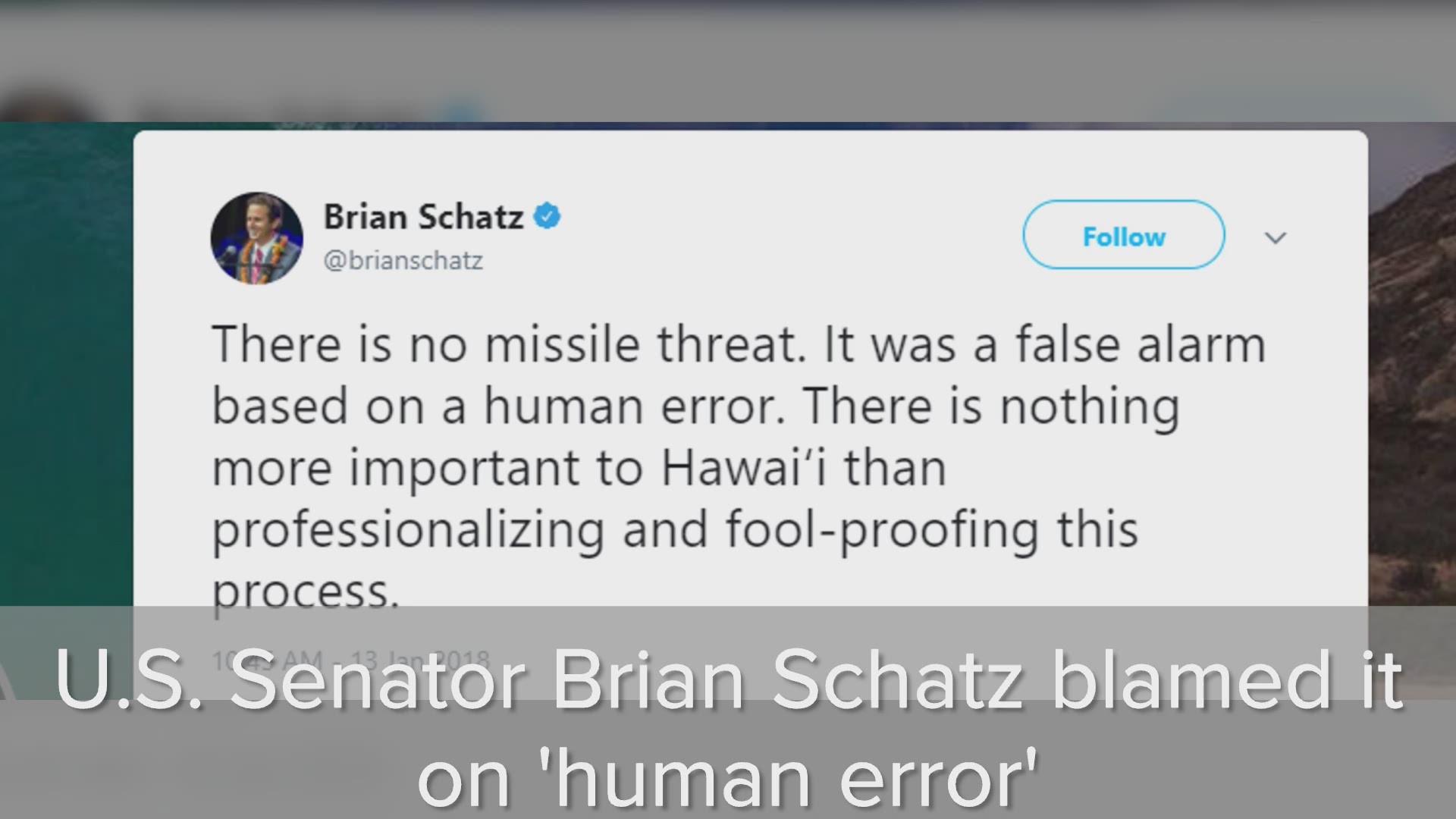 Just days after an emergency missile alert was accidentally sent to residents in Hawaii, Japan's national broadcaster Tuesday mistakenly sent a text-message alert saying that North Korea had launched a ballistic missile aimed at the nation.

"Patterns of North Korean missile launch is erroneous," the correction notice said. No further explanation for the error was provided, although the broadcaster clarified during an on-air apology that no government alert had been issued.

The two false alarms are a reminder of the fears of conflict with North Korea after a year of escalating tension over its missile and nuclear weapons programs. Japan is taking part in North Korea talks with Canada, South Korea and the U.S. on Tuesday in Vancouver. Sanctions and next month's Winter Olympics in the South are in focus.

The false missile alert sent to cellphones Saturday by the Hawaii Emergency Management Agency led more than a million people to believe they were about to be hit by a nuclear strike. The employee who sent the alert chose the wrong option on his computer during a routine drill. The employee was reassigned. He was not named.