The majority of the vote is expected to come from early voters who already decided who they were going for before Wednesday's debate. 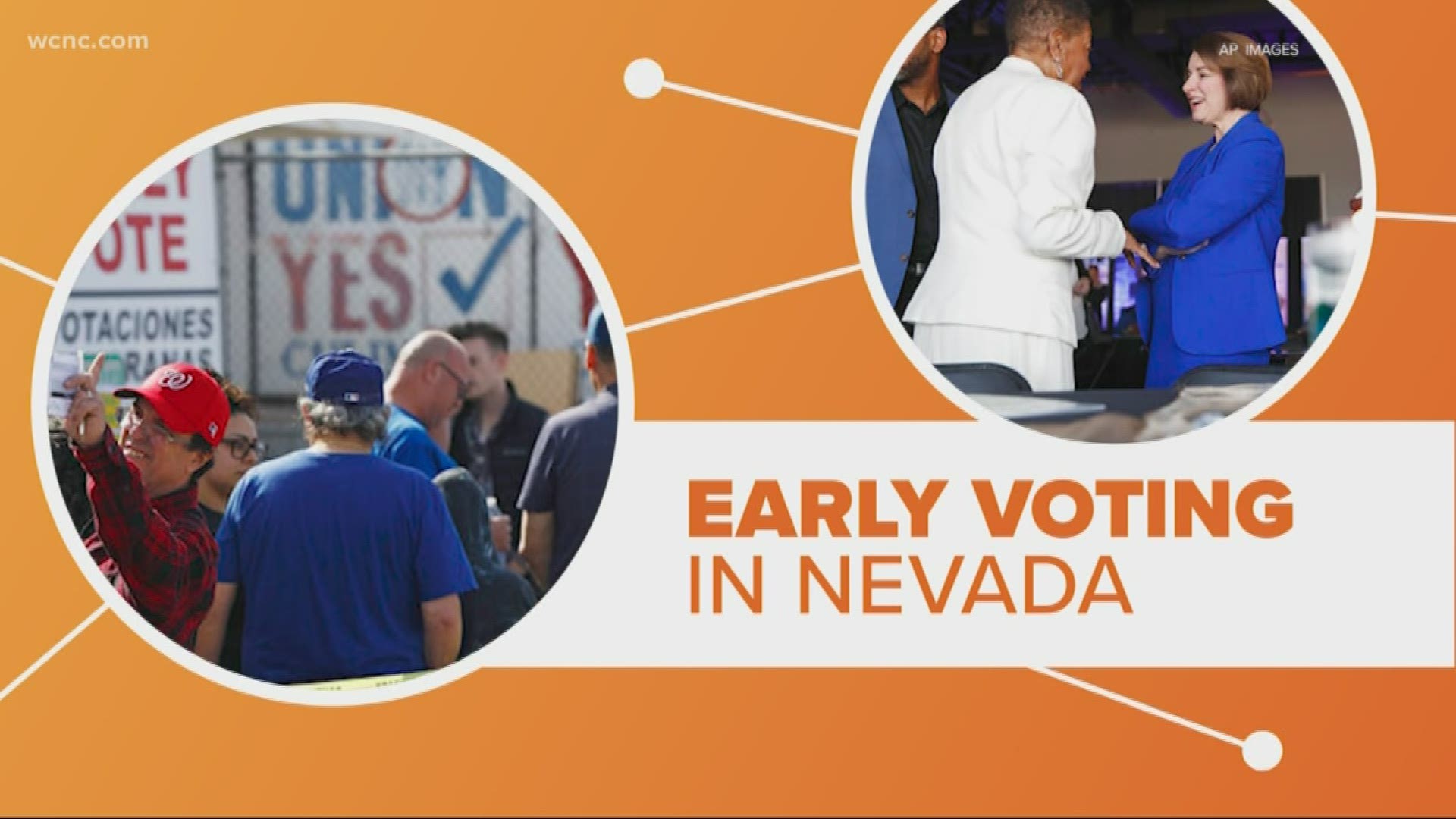 The Nevada Democratic caucuses are Saturday. Most states hold a traditional primary which simply involves filling out a ballot. A caucus takes more time and often involves supporters campaigning to get others to vote for their candidates.

The hope is to not repeat what happened in Iowa Feb. 3. Issues with reporting results delayed knowing the outcome for days, and that outcome remains in dispute. The Nevada Democratic Party says it will not guarantee that results will be available Saturday as it emphasizes accuracy over speed.

Here is how Nevada's caucuses work, according to the Nevada Democratic Party.

The caucus-goer fills out a preference card with their choice for president. If that candidate doesn't become "viable" -- usually about 15% support -- then the voter can pick another candidate, or "realign" as it's called. This could be a candidate who is already viable or the caucus-goer can join others to make a previously non-viable candidate viable.

Precinct chairs will report results to the state Democratic party.

But majority of votes is expected to come from people taking part in the early voting period through Thursday. The Nevada Democratic Party reportedly said Wednesday that 75,000 people had taken part in just the early voting. That number was announced hours before Wednesday's debate, so what happened on stage may not make a significant impact in the final vote.

In early voting, voters are asked to rank, from one to five, their preferred candidate. If that candidate is not "viable" then the voter's support can go to their second choice, third choice, etc. until they land on a viable candidate.

For example, if their first choice is Pete Buttigieg, and Buttigieg isn't viable, then their vote goes to their second choice, say Elizabeth Warren.

Like Iowa, Nevada will be reporting the initial preference vote, the realignment vote, and the state delegate equivalents that will determine the winner.

Nevada has 36 national delegates up for grabs. Unlike Republicans whose contests are winner-take-all, Democrats use proportional distribution. So chances are unlikely someone walks away with all 36.