53-year-old Marc Feren Claude Biart is a suspected member of an organized crime group that operates between Italy and the Netherlands, accused of drug trafficking. 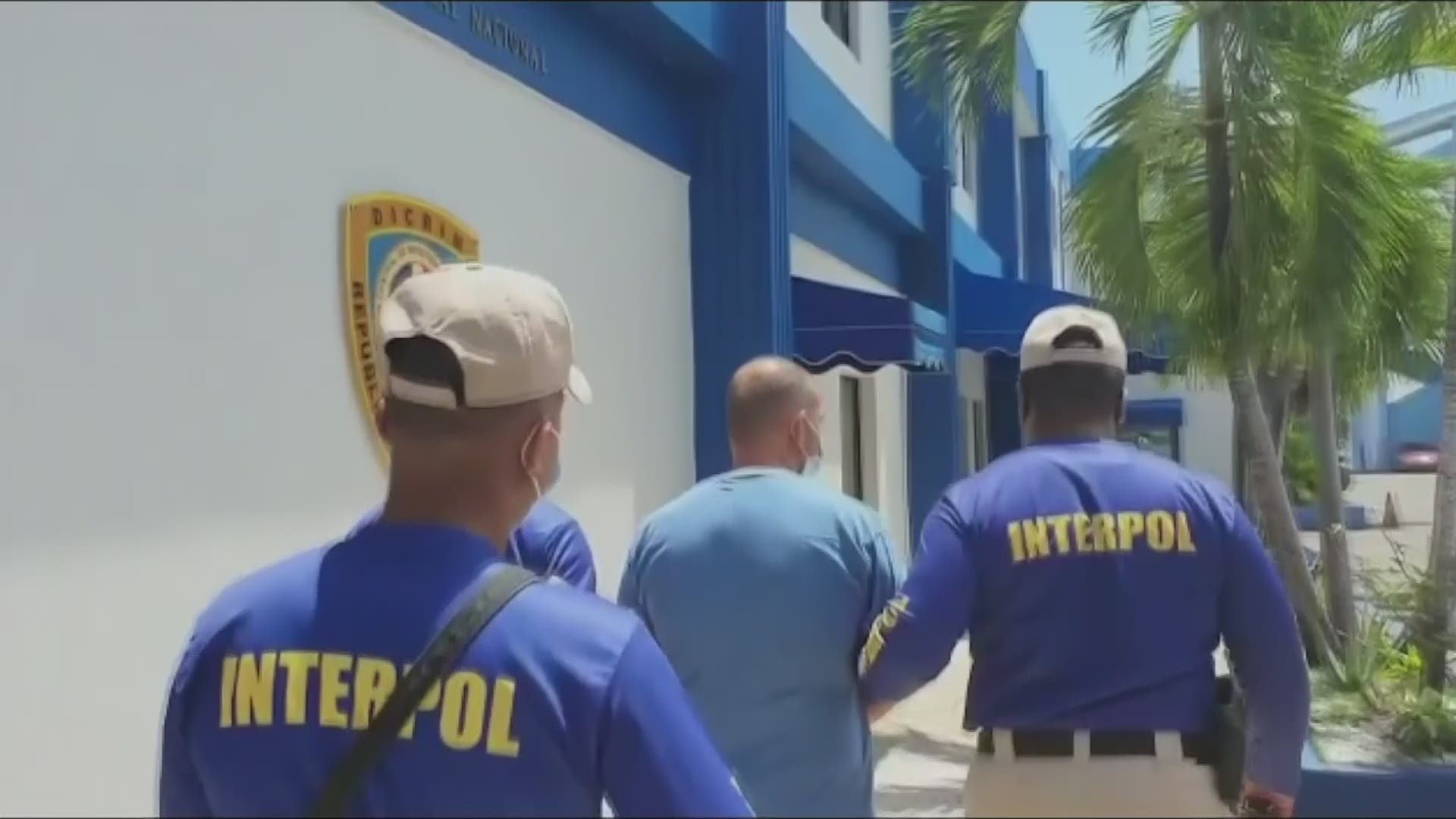 BOCA CHICA, Dominican Republic — A suspected mafia fugitive with ties to the 'Ndrangheta Mafia in Europe was nabbed by Interpol agents in the Dominican Republic and brought back to Italy on Monday, according to Italian police. Authorities were able to capture the man after they discovered the YouTube cooking videos he was making.

Marc Feren Claude Biart, 53, has been a fugitive from justice since 2014 according to authorities. An arrest warrant accused him of criminal association and drug trafficking with the Cacciola clan of the 'Ndrangheta, a mafia group based out of Calabria, in Italy, according to police.

Police video showed Interpol agents escorting Biart, in shorts and a t-shirt, into a pickup truck in Santo Domingo in the Dominican Republic then onto an airplane. The video released by Italian authorities doesn't show Biart's face, but police said they were able to recognize the man by his tattoos in the YouTube videos.

Biart, who is Italian-Dutch, was living a quiet life in the touristy Santo Domingo town of Boca Chica on the Caribbean island, according to police. As CNN reported, he was known simply as Marc by other residents of the island country's capital.

Credit: ITALIAN STATE POLICE PRESS OFFICE
Marc Feren Claude Biart has been a fugitive from justice since 2014, with an arrest warrant accusing him of criminal association aimed at drug trafficking in favour of the Cacciola clan of the "Ndrangheta, the mafia group based out of Calabria, the statement said.

Investigators wrote in a statement that it was his "love for Italian cuisine allowed [police] to follow his traces on the web and social networks, while the love for tattoos [allowed investigators] to recognize the fugitive as that cook."

Biart was taken by authorities from the Dominican Republic by plane to Milan's Malpensa airport in Italy and was then escorted off the plane by a group of police into the airport where he was fingerprinted and led away.

Biart, born in Rome, had previously lived in Costa Rica before moving to the Dominican Republic about five years ago, police said.

The investigation took a turn after those years he was able to elude capture when the fugitive and his wife created their Italian cooking channel on YouTube.

The 'Ndrangheta mafia is from Calabria, in what is known as the "toe" of southern Italy. The criminal organization is accused of money laundering and drug trafficking, and eventually was able to grow into Italy's most powerful criminal group eventually controlling around 80% of the cocaine smuggling entering Europe.