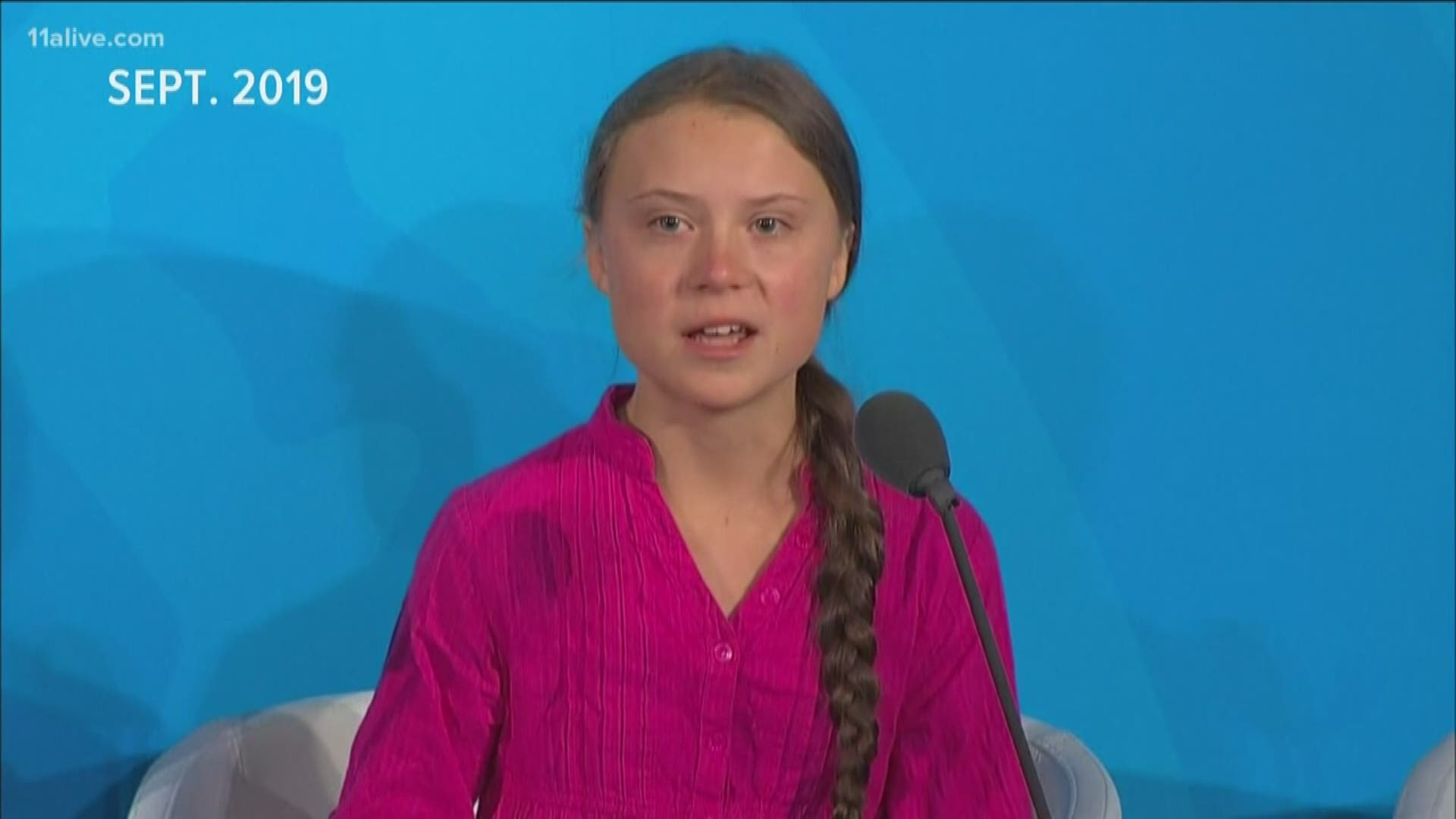 Through a spokeswoman, the first lady says her 13-year-old son Barron Trump wants and deserves privacy, unlike the teenage activist “who travels the globe giving speeches.”

President Donald Trump had laced into Thunberg on Twitter this week after TIME named her as its “Person of the Year."

He said it's “ridiculous” that the magazine gave her the distinction.

In a Thursday tweet, the president says “Greta must work on her Anger Management problem, then go to a good old fashioned movie with a friend!” He adds: “Chill Greta, Chill!”

Thunberg responded to Trump's jabs by changing her Twitter bio to read "A teenager working on her anger management problem. Currently chilling and watching a good old fashioned movie with a friend."

The president's critique of Thunberg came a week after the first lady criticized Stanford University Law School Professor Pamela Karlan, who mentioned Barron during her testimony at a House Judiciary Committee impeachment hearing.

RELATED: VERIFY: No, a giant mural of Greta Thunberg did not require 700 cans, or 700 gallons, of aerosol spray paint to create

RELATED: Trump mocks 16-year-old Greta Thunberg for being TIME's Person of the Year

RELATED: TIME names Greta Thunberg as Person of the Year 2019