But as the president stopped by hospitals and city buildings, people called on Trump to apologize for or take back his anti-Hispanic and anti-immigrant rhetoric that has been unwavering since he first announced his presidency.

Juan Echando said Trump's language toward Hispanics and immigrants has invoked violence on the El Paso community and forced him to prepare his 10-year-old son in case other violent incidents occur.

"It's hard because I thought this city was pretty safe, but I have to now explain to (my son) that just because of his shade and his color, he's got to watch out now," Echando said.

"When he hears things that are loud, I'm going to have to tell him to run to the nearest exit, because who knows who's coming after us?"

Law enforcement officials believe the suspect who is accused of opening fire on a Walmart in El Paso, 21-year-old Patrick Crusius, wrote a hate-filled, anti-immigrant manifesto that appeared on 8Chan shortly before the shooting.

"The rhetoric that he uses to describe Hispanics, people of color in general, obviously resonates with white supremacists, which are now being brought into the light finally," she said.

"(It took) something as terrible as this tragedy to understand that Trump's words hurt, they hurt and he's really not welcome here."

U.S. Rep. Veronica Escobar said the words that Trump has used to describe Hispanics and immigrants are "still hanging over us, and until he takes them back, you'll see that's why there are still so many people who are afraid.

"He needs to take that target off our backs," she said.

Barrio said she had a hard time walking into a Walmart on Wednesday.

"I was fearful and then I was very sad. I think you can just feel the tension all around everybody," she said.

Echando said he has felt a similar shift.

RELATED: What we know about the El Paso shooting suspect

"Whenever you go to a store, especially a Walmart or a Target, you're going to have to look for the nearest exit everywhere you go, just in case something like this happens again," he said.

"This is how it is from now on, this is our new reality." 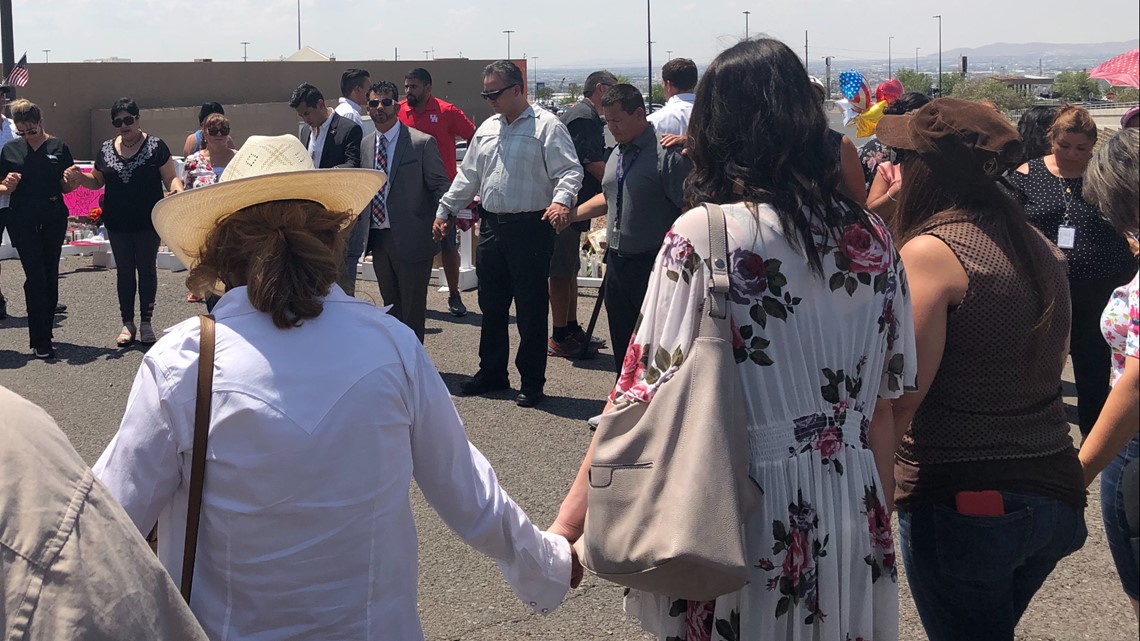