New England Patriots owner Robert Kraft was charged with two misdemeanor counts of soliciting prostitution, but has pleaded not guilty. 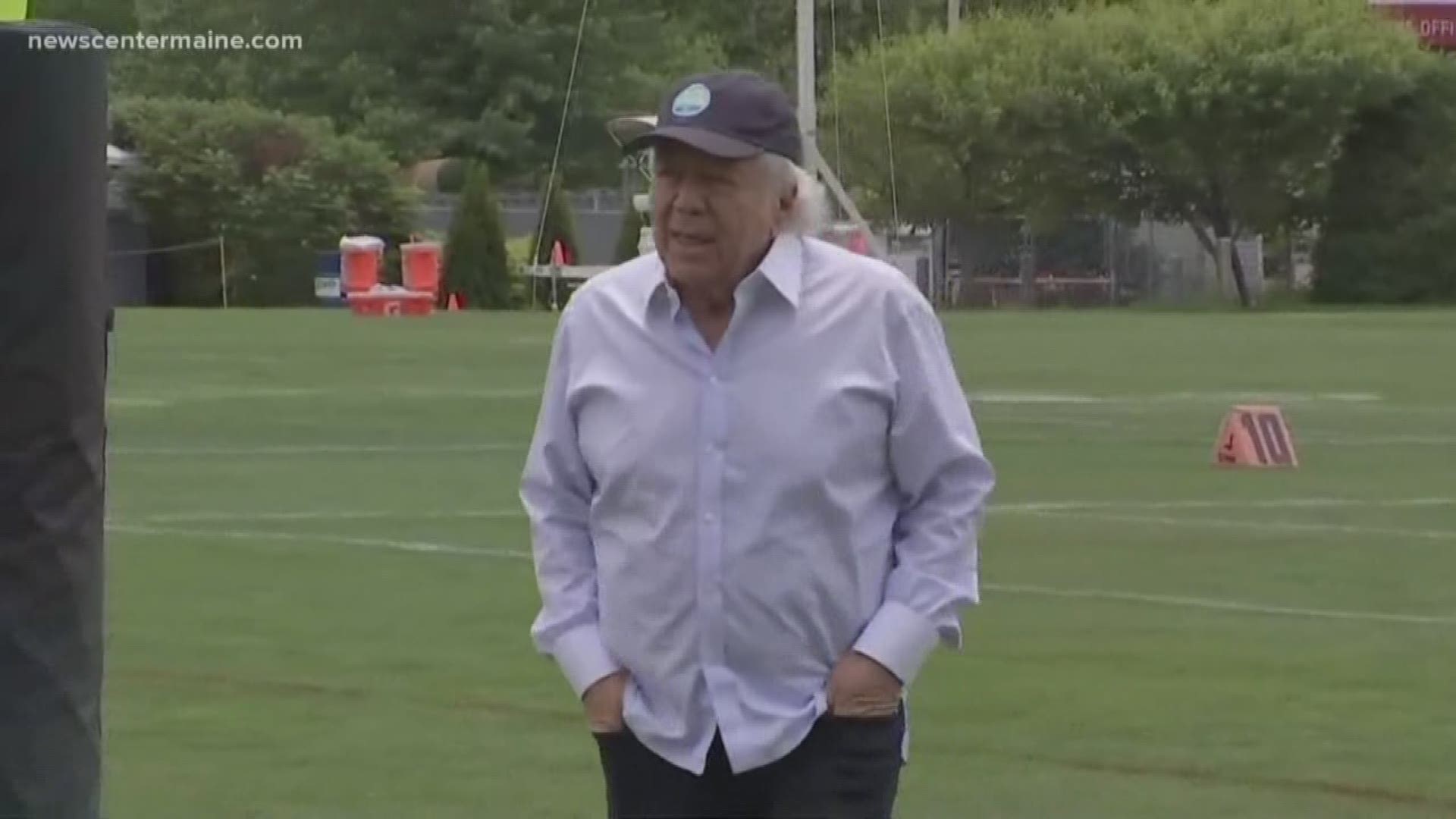 Nearly three dozen men and women have filed a federal class-action lawsuit accusing Florida authorities of unlawfully videotaping them as they received legal massages at a parlor where New England Patriots owner Robert Kraft and others allegedly paid for sex.

The lawsuit by 31 John and Jane Does alleges that Palm Beach County State Attorney Dave Aronberg, the Jupiter Police Department and the case's lead detective violated their rights to privacy when they were videotaped in January receiving massages at the Orchids of Asia Day Spa.

The lawsuit was originally filed Friday with 17 accusers. It alleges that Jupiter police unlawfully obtained the warrants allowing them to install cameras. None of the 31 has been charged with a crime, according to the lawsuit. It seeks unspecified monetary and punitive damages and to have the video recordings blocked from public release and ultimately destroyed.

"It is horrific when you think about the scenario," said Joseph Tacopina, a New York attorney who filed the suit. "It is akin to going to a bathroom. You are in a state of undress and you are being surreptitiously recorded and that recording is now subject to disclosure and being disseminated around the internet. It is an abomination of any form of privacy rights and constitutional rights."

The lawsuit is the latest attack on the legality of the recordings and the warrant that allowed cameras to be installed — issues Kraft and some of the other 24 Orchids of Asia customers charged with misdemeanor solicitation of prostitution have raised in court.

The Jupiter police investigation began in October when the department was tipped off by neighboring Martin County investigators that Orchids of Asia was connected to a string of massage parlors between Palm Beach and Orlando that might be involved in human sex trafficking, an allegation since dropped in the Orchids of Asia investigation.

Surveillance at Orchids of Asia began Nov. 6. Officers say that over several days they saw men only entering the spa and that they would leave after 30 or 60 minutes. Tacopina said he has statements from women saying they visited the spa during that period. Some male customers were pulled over for traffic violations after they left and admitted to paying for sex acts, the warrants show.

On Nov. 14, a female health inspector was sent into the spa. She told officers there was evidence that the three female workers were living in the store, an allegation the lawsuit challenges.

Officers then searched trash bins behind the spa and say they found evidence of sexual activity.

By mid-January, officers obtained a warrant. To install the cameras in the lobby and massage rooms, officers told Orchids of Asia employees that they needed to inspect a suspicious package and ordered them outside.

Kraft's attorneys and others have argued that installing the cameras violated state law. The law states that audio surveillance can only be used to investigate serious crimes such as murder and kidnapping — not prostitution — and that video surveillance would have an even higher threshold. They want the video thrown out.

Authorites "resorted to the most drastic, invasive, indiscriminate spying conceivable by law enforcement -- taking continuous video recordings of private massages in which customers would be stripping naked ... to prosecute what are at most misdemeanor offenses," Kraft's attorney, Jack Goldberger, wrote last month in court documents. A hearing on Kraft's motion is scheduled for Friday.

Police say Kraft, 77, first visited two days after the cameras were installed and again the next morning. His second visit came shortly before he flew to Kansas City, where he saw his team defeat the Chiefs in the AFC Championship game.

Investigators say they videotaped Kraft engaging in sex acts during both visits and then handing over cash. Kraft, who is worth $6 billion, handed over a $100 bill and another bill after one visit, records show, and an undetermined amount during the other. Two weeks later, the Patriots won the Super Bowl, their sixth under his ownership.

Kraft was charged in late February and has pleaded not guilty, but has apologized for his actions.

At a news conference announcing the charges against Kraft and other Orchids of Asia customers, Aronberg said such massage parlors are often fronts for human trafficking where women are "forced to live and work in a sweatshop or a brothel performing sex acts for strangers." Prosecutors recently acknowledged in court that they have no evidence that any Orchids of Asia employee is a victim of sex trafficking.

Tacopina called Aronberg's comment "clearly designed to get the public outraged when there was nothing like that at all."