Thinking about washing your Thanksgiving turkey before cooking it? Yeah, don't do that! You could wind up spreading germs without even realizing it. 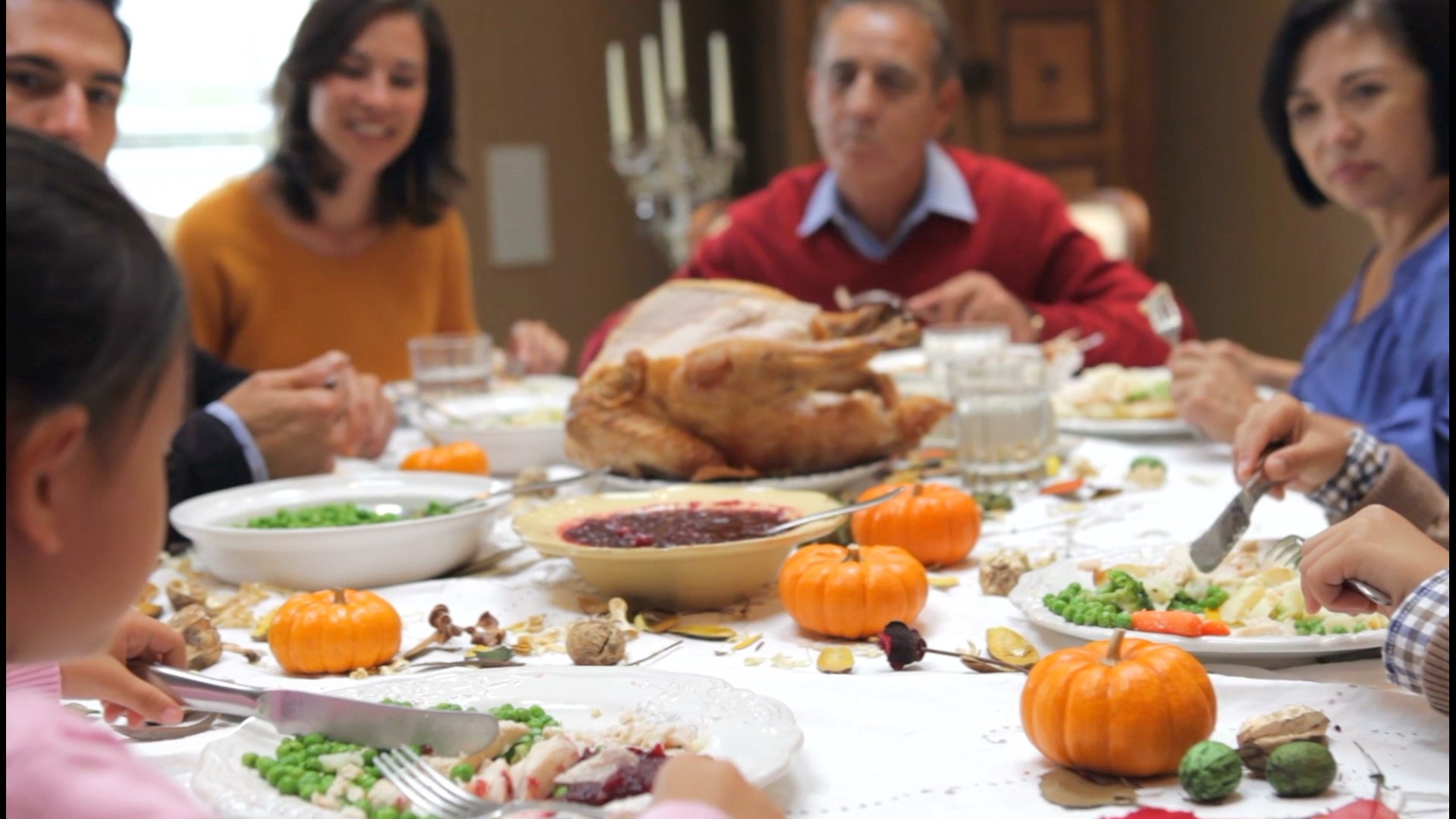 NEW YORK — Go ahead and rinse your cranberries, potatoes and green beans. But food experts say don’t — repeat don’t — wash the turkey before popping it in the oven on Thanksgiving Day.

They say that could spread the germs lurking on your turkey in the kitchen sink or nearby food. But it’s been a challenge trying to convince cooks to stop rinsing off raw poultry.

“If your mother did it and your grandmother did it, and suddenly the (government) says not to wash your turkey, you may take some time to adjust,” said Drusilla Banks, who teaches food sanitation for the University of Illinois Extension.

Germs that can make people sick are common in the guts of healthy poultry and are legally allowed to be on raw turkey and chicken. The assumption is that nobody eats their poultry rare, and that thorough cooking will kill the bacteria.

So it’s possible that two common causes of food poisoning — salmonella and campylobacter — are on the turkey, said Mindy Brashears, a food safety official at the U.S. Department of Agriculture.

The do-not-wash raw poultry advice from the USDA is relatively new and perhaps hasn’t caught on because it goes against the ingrained belief that washing makes things clean, said Banks.

Participants in a food safety study offered their own rationale: “If it’s still slimy — I’m not sure what that is. It just feels good to wash it,” said one. Another said: “My grandmother taught me that. She just said to wash all your food because there’s no telling where it’s been before it got in the pack.”

Benjamin Chapman, a study author and food safety expert at North Carolina State University, said the instinct to wash raw poultry goes back at least decades when people relied more on visual cues to spot problems with poultry. TV chef Julia Child was among those who said washing chicken was “just the safer thing to do” before experts began advising against it.

But food prep is a juggling act, and germs from poultry can be spread even if it’s not washed, especially when birds are removed from packaging. It’s why washing and sanitizing hands, utensils and surfaces are even more important.

The USDA-funded study underscores that point.

Researchers sprayed raw chicken with a harmless strain of E. coli and watched volunteer cooks at test kitchens. Among those who washed their raw chicken, about a quarter ended up spreading the bacteria to their lettuce. But even some of those who did not rinse the chicken got germs on the lettuce.

There are other opportunities for germs to survive and thrive on turkeys: thawing and cooking.

For thawing, experts say frozen birds shouldn’t be left out on counters since germs can start multiplying on the outer parts that defrost first. They instead recommend thawing in fridges, cold water or in microwaves. You can also cook a frozen turkey, but it will take a lot longer.

And to ensure a bird is thoroughly cooked, they say to use a thermometer to check that the deepest and thickest parts of it have reached 165 degrees.

Even after the meal is cooked, you aren’t out of the danger zone. To keep turkey and other leftovers safe, experts say they should be refrigerated after two hours.