The mural artist says Dolly fans from around the world have contacted her about the colorful mural celebrating the country music icon's position on the movement. 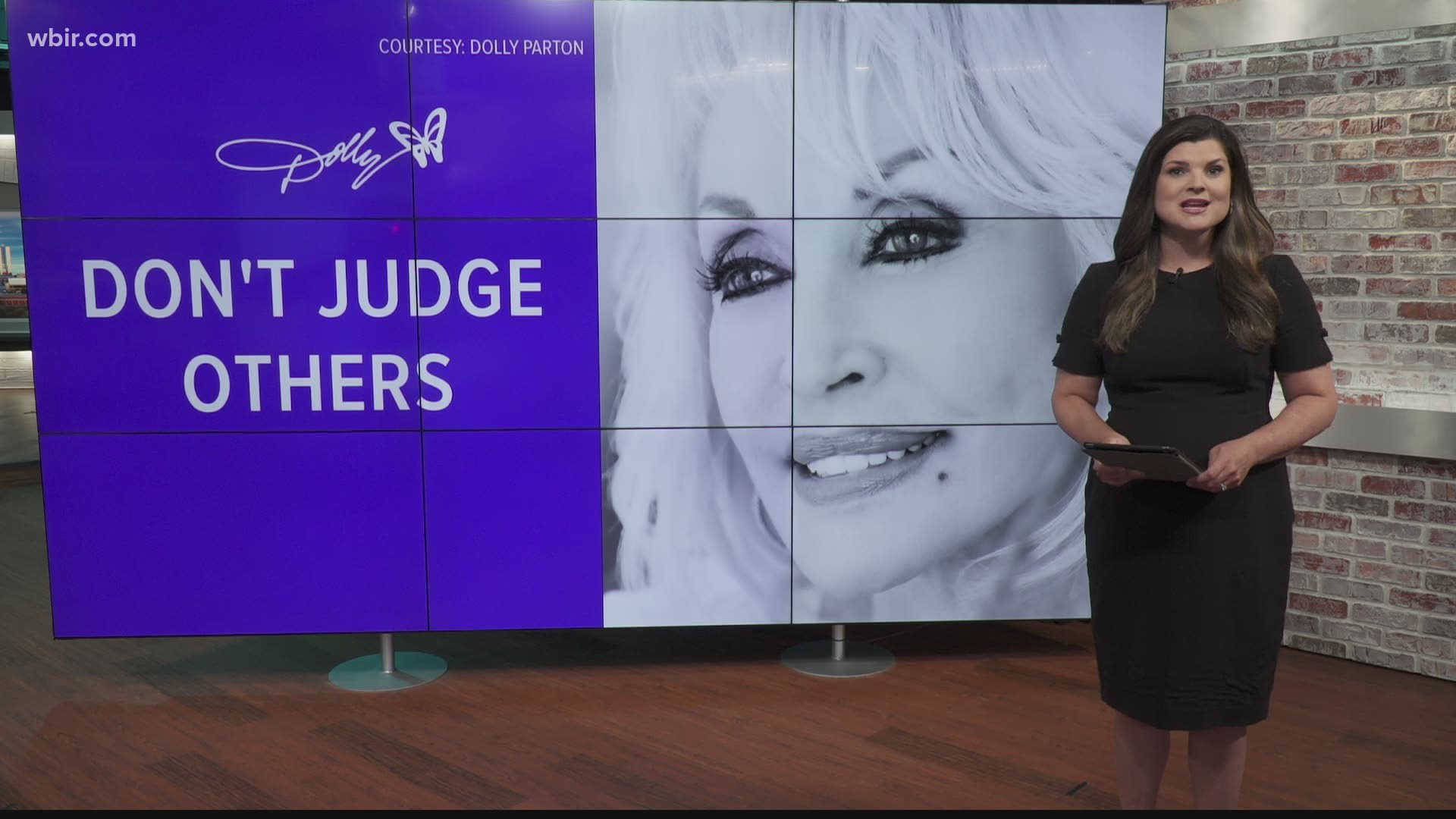 NASHVILLE, Tenn. — Tourists are flocking to Nashville to see a new mural of Dolly Parton that celebrates her position on Black Lives Matter.

Mural artist Kim Radford had already decided to paint the mural of the country music icon on the side of a local music club called The 5 Spot, which was made famous for being one of the many filming locations for the TV show “Nashville.”

But as she was finishing the mural, Radford saw an article from Billboard in which Parton said she supported the Black Lives Matter movement, saying “Of course Black lives matter. Do we think our little white (expletive) are the only ones that matter?”

So Radford quickly added the quote to the top of the mural, replacing part of the curse word with butterflies and soon enough, pictures started spreading on social media. The mural features cascading waves of Parton's signature high-volume blond hair surrounded by butterflies and wildflowers.

“I looked at her quote in particular and it was so sassy and a sensitive comment about something’s that got a lot of friction in the air right now,” said Radford. “And she just treated it just like Dolly does: lovingly. And it was just perfect.”

“I wanted it to be a real display of an icon, fun, bright, artistic way," said Radford. "It’s a representation of an icon that Americans and really people across the globe are really proud to know and love her music.”

Credit: AP
A mural of Dolly Parton is seen outside The 5 Spot, a music club in Nashville, Tenn., Friday, Aug. 21, 2020. Artist Kim Radford said Dolly fans from around the world have contacted her about the mural, which contains a quote from Parton about her support for the Black Lives Matter movement. (AP Photo/Mark Humphrey)

Now less than a week old, the mural has become a hot spot for tourists visiting Music City to get a selfie. Radford herself got stopped by Dolly fans in front of the mural to pose for pictures.