About 40% of the store's products are sourced from China. 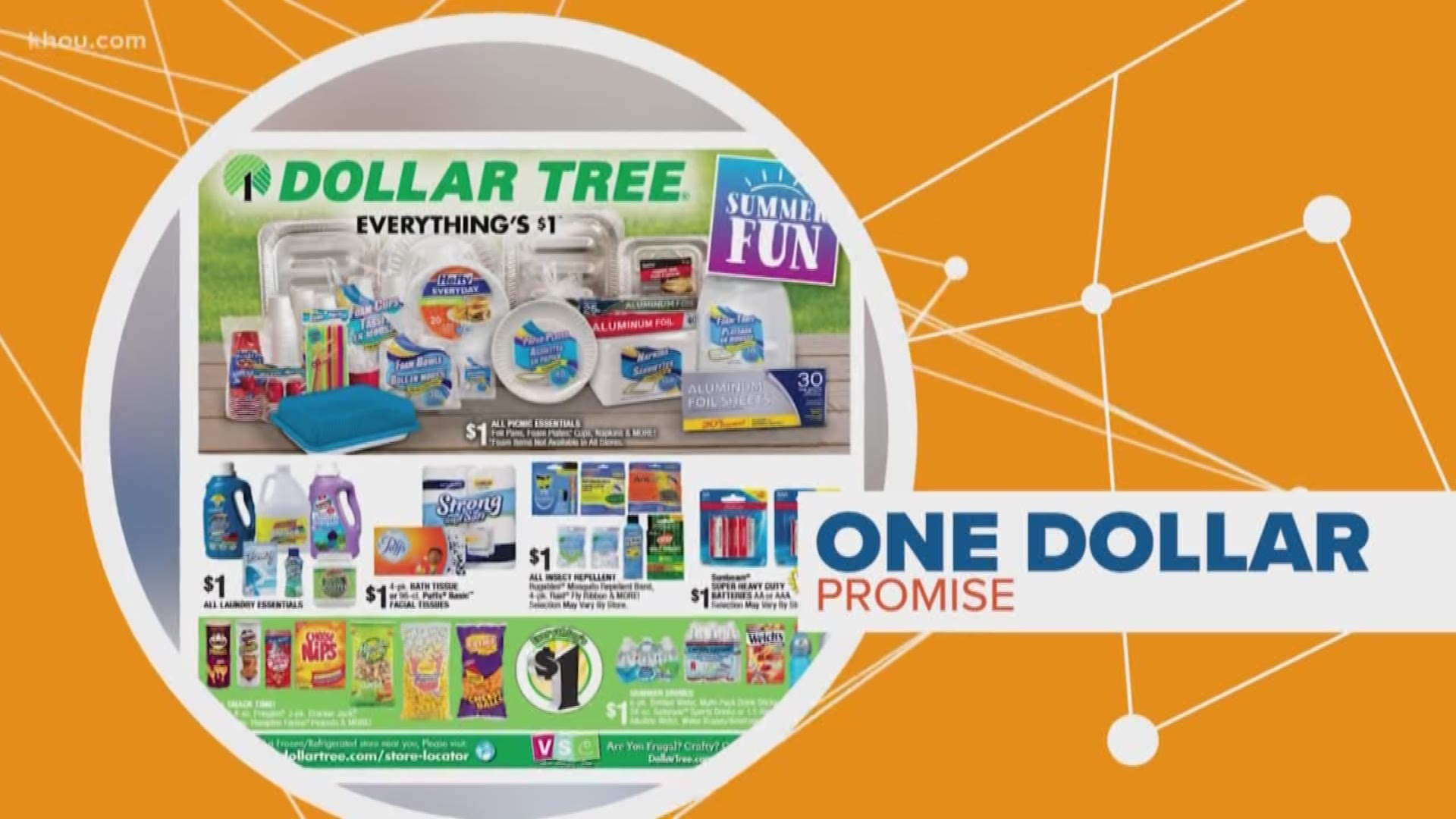 Pressure from the trade dispute between the U.S. and China continues to weigh on the retail sector.

Retailers have seen their shares seesaw this week as they express concern over tariffs squeezing their businesses. The latest is PVH Corp., owner of the Calvin Klein and Tommy Hilfiger brands, which said late Wednesday that it was cutting its full-year adjusted earnings forecast partly because of the U.S.-China trade dispute.

"The volatile and challenging macroeconomic backdrop has continued into the second quarter, with particular softness across the U.S. and China retail landscape," PVH Chairman and CEO Emanuel Chirico said in a statement.

Shares of PVH dropped 14% Thursday, after sliding 7.2% this week.

Both Dollar Tree and rival Dollar General reported on Thursday solid sales gains for the fiscal first quarter, but they warned that they would have to raise prices if the fourth round of tariffs on imports from China goes into effect.

According to Business Insider, Dollar Tree will be adding products that would be priced above the $1 fixed price point in which the store bases its business model.

Retail sales have been on a seesaw pattern in 2019. The Commerce Department reported earlier this month that after a big jump of 1.7% in March, U.S. retail sales declined 0.2% in April as Americans cut back their spending on clothes, appliances, and home and garden supplies.

Executives from a wide array of stores from Walmart to Kohl's said on conference calls with analysts the past few weeks that they remain optimistic about the financial health of the consumer, citing low unemployment and a strong economy. But shoppers could balk at paying higher prices on things they don't need, especially those in the lower income bracket who are sensitive to any cost increases.

RELATED: Trump hitting Mexico with 5% tariff in response to migrants

RELATED: 4 ways to save money even if prices increase due to tariffs

Last week Foot Locker Inc. and more than 170 shoe and retail companies, including Adidas and Nike, sent a letter to President Donald Trump urging him not to double down on new tariffs as the trade dispute with China drags on. Foot Locker's stock, down 6.5% in the week to date, fell about 1.4 percent in afternoon trading.

The world's two biggest economies have been locked in a standoff for months over allegations that China deploys predatory tactics — including stealing trade secrets and forcing foreign companies to hand over technology — in a drive to supplant U.S. technological dominance.

China's state media warned on Wednesday that Beijing could cut America off from exotic minerals that are widely used in electric cars and mobile phones as it faces new trade sanctions and a U.S. clampdown on its top telecommunications company, Huawei.

The U.S. has imposed 25% tariffs on $250 billion in Chinese imports and is planning to tax the $300 billion in imports that have so far been spared including toys, shirts, household goods and sneakers.

Dollar Tree and Dollar General both said Thursday that their fiscal 2019 forecast doesn't include the potential tariffs tied to the next list of targeted goods.

"If tariffs on (those products) are implemented, we expect that it will be impactful to both our business, and especially to consumers in general," Dollar Tree President and CEO Gary Philbin said in a statement.

RELATED: Walmart shoppers to expect price hikes due to tariffs

John W. Garratt, chief financial officer at Dollar General, told investors on a call that the chain was doing everything it could to minimize the impact of tariffs on its customers but he believes "our shoppers will be facing higher price as 2019 progresses."

"Both Dollar Tree and Family Dollar have a much heavier exposure to very low-income shoppers than Dollar General and these individuals are much more likely to be affected by inflation, leading to possible reductions in the amount they buy," wrote Neil Saunders, managing director of GlobalData Retail in a report Thursday. "This has the potential to clip sales volumes and growth. "