The 39-year-old was walking home, but never made it. 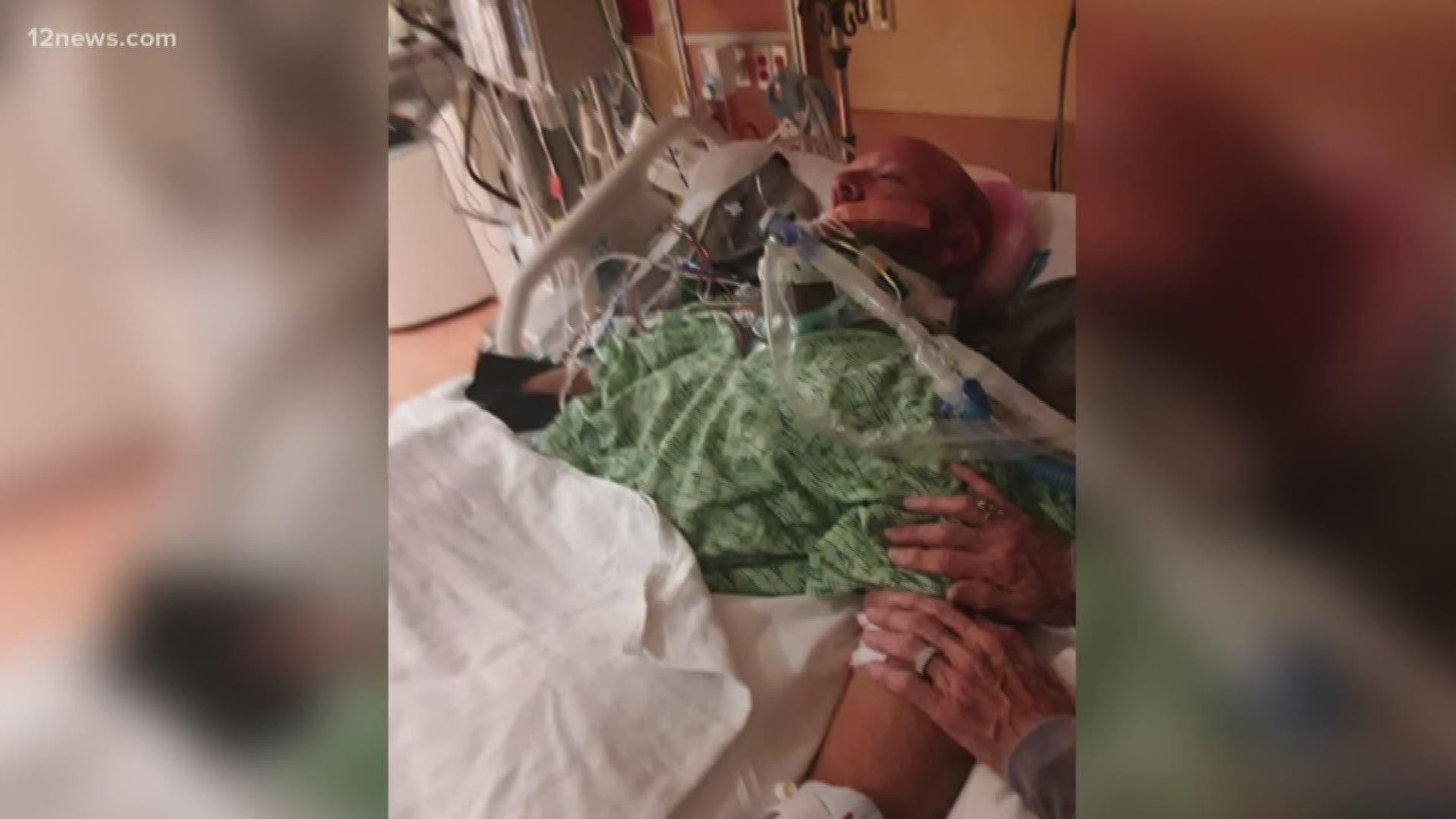 Police are looking for the hit-and-run driver that seriously injured 39-year-old Ben Nelson on Saturday, Nov. 9. Last week, he was happy and healthy. Now, he’s lying in a hospital bed at Scripps in La Jolla as he recovers from surgery.

Longtime friends Sarah and Shaun Peebles say Nelson had been hanging out at a bar in Del Mar late Friday with some friends. He left between 1 and 2 a.m. to walk just blocks to his house. That’s when a driver hit him. The car dragged him into an alley off 11th Street near Camino Del Mar, then took off.

“I don’t know how someone could do that to one person and just leave him there to die,” said Sarah.

Someone found Nelson on the ground unconscious and called 911.

“He was found between 3 and 4 in the morning,” said Shaun.

A friend tried to text Nelson Saturday morning and instead got a text message from a San Diego County sheriff’s deputy informing him of what happened.

"He’s probably the nicest person you’ll ever meet, the sweetest person [and] the most caring person,” said Sarah.

They say Nelson is a longtime Del Mar resident who loves to surf.

“He knows a lot of people that would say great things about him,” said Shaun. "He's quite a guy. I feel lucky to call him one of my best friends. “

Nelson’s parents traveled to San Diego from Phoenix and remain at his bedside. He spent several hours in surgery. On Monday, he opened his eyes for the first time. Several of his bones are broken, including his femur.

Meanwhile, there are several surveillance cameras at the crime scene.

“Someone had to see something,” said Sarah.

Nelson’s friends have a message for the hit-and-run driver that nearly killed him.

News 8 reached out the San Diego County Sheriff’s Department for more on the investigation. As of Monday evening, we haven’t heard back yet.  Anyone with information is asked to come forward.

Loved ones have set up a fundraiser.