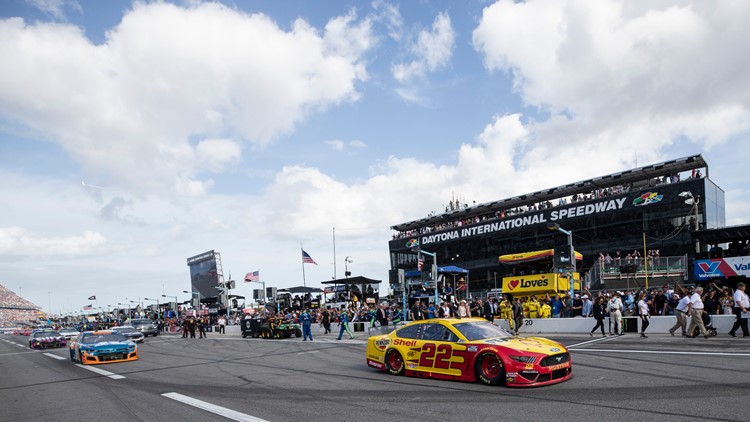 Daytona 500 pushed to Monday afternoon because of weather

The Daytona 500 has been rescheduled to Monday afternoon at 4 p.m. because of inclement weather. The Daytona International Speedway made the announcement Sunday night as the city of Daytona Beach, Florida experienced rains that delayed the start of the race by nearly an hour.
Monday's green flag time is set for 4:05 p.m. Sporting News reports.

As the Associated Press reported Sunday, President Trump made an historic visit to the race track in Daytona, becoming the second president ever to attend the Daytona 500. Trump was given the honor of commanding drivers to start their engines. Trump made a grand entrance before the start of the race.

Hundreds waited up to three hours to get through gates because of heightened security measures. Daytona 500 pole-sitter Ricky Stenhouse Jr. signed autographs and mingled with fans while they waited in long lines.

The Associated Press contributed to this report