Coffee, tea or beer, this new appliance brews it all

Its creators call it the world's first universal brewing machine. 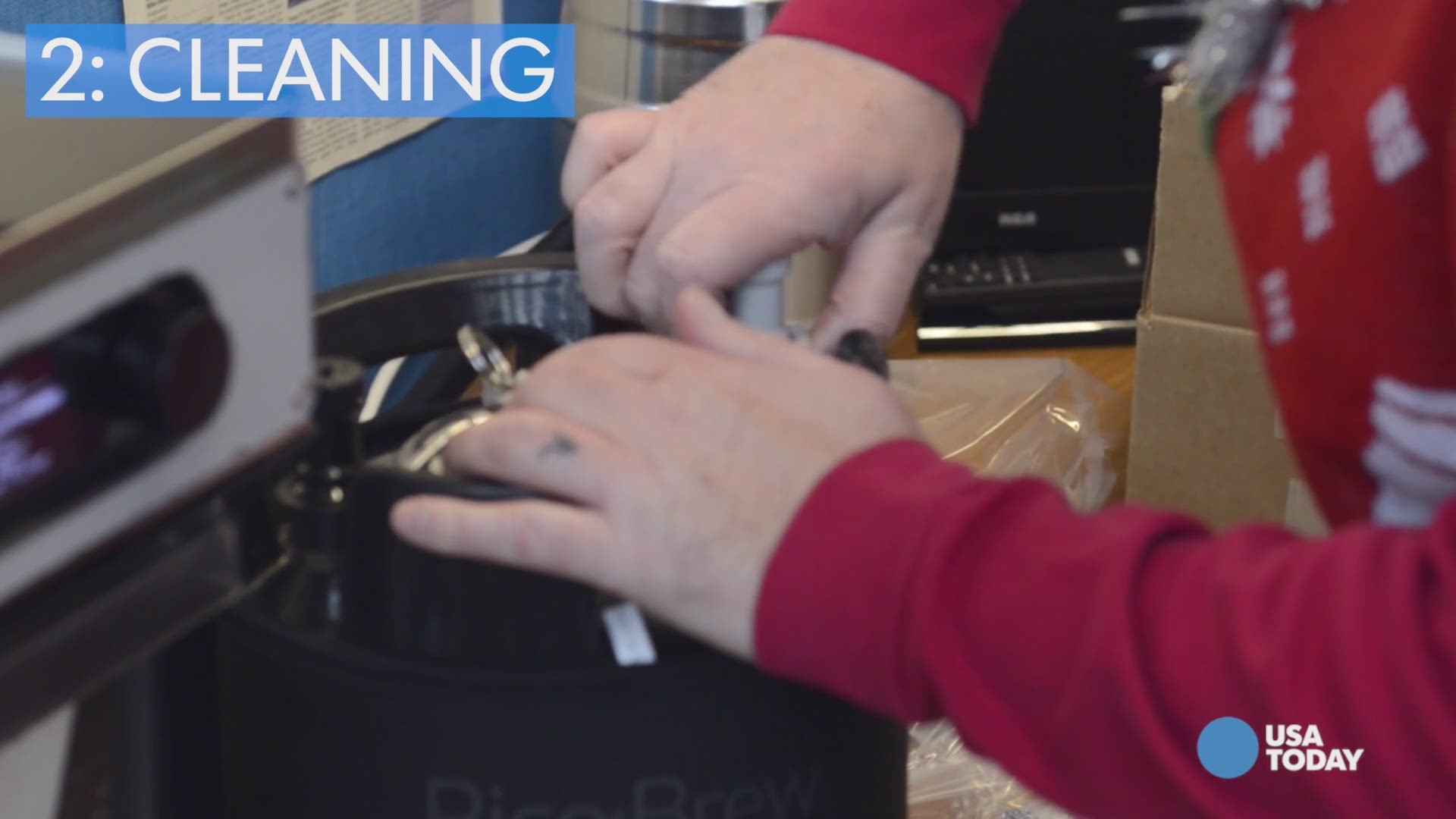 First, the folks at PicoBrew aimed to tap into the craft beer craze by helping you brew top-quality beer at home.

Now, the Seattle company has designs on delivering the Swiss Army Knife of beverage makers. Its newest brewing appliance, the Pico U, can not only be used to make beer, but also coffee, tea, kombucha, milk-based drinks, yerba mate, horchata and dry sodas.

The Pico U, for which a Kickstarter campaign begins today, is about half the size of other Pico brewing machines -- think of it as slimming down from the footprint of an espresso maker to that of a KitchenAid mixer.

The price is lower, too, with the Pico U Deluxe (beer and other beverages) going for $189 on Kickstarter; a $169 Basic model makes coffee, tea and other beverages, but not beer. The appliances will retail for $299 and $249, respectively, when they hit stores in 2019 after Kickstarter boosters get their machines. Today some PicoBrews are sold at Best Buy and Bed Bath & Beyond, and on Amazon.com.

The new models undercut other more recent Pico appliances, which now retail for $399 and $599. The first Pico brewing device, the Zymatic launched in 2013, now named the Pico Z, starts at $1,999. (Kickstarter boosters got early units for lower prices.)

For PicoBrew to get to "the grand goal of getting one of these on every counter, we knew we had to reduce the size and the price, too," said Bill Mitchell, a former Microsoft engineer and technical executive who left the company in 2010. He founded PicoBrew with his brother, Jim, a food chemist, food processing plant consultant and physicist who, like Bill, had been a home brewer. The other co-founder Avi Geiger, had been a hardware engineer at Microsoft.

"We think if you get there with the right price point, the right utility and the right physical size, we can realize the vision of getting the world brewing and they can brew a lot of different things," Bill Mitchell said.

The idea for an ultimate beverage machine came from Jim Mitchell's experimentation in the PicoBrew lab making coffee and other beverages for fun with the machines. They decided that an expanded array of beverages could also expand the consumer base.

Credit: PicoBrew
The upcoming Pico U brewing appliance brews craft beer, coffee, tea, kombucha and other beverages. A Kickstarter campaign begins Wednesday with prices starting at $169. The Pico U will retail starting for $249 next year. (Photo: PicoBrew)

A critical development: a system to route fluids of different temperatures through the device simultaneously or at different stages. You can use your own freshly-ground beans, or purchased brewing packs from PicoBrew, to make a single cup of pour-over coffee -- or a cup of hot tea, or brew a larger pot of six-to-eight cups of coffee. For milk-based drinks or horchata, different ingredients are infused with hot liquid for proper brewing.

For making beer, a filter that holds the PicoPaks — stuffed with malt and hops -- fits on top of the machine, as opposed to other PicoBrew appliances in which the PicoPak fits inside. When not in use, that filter is stored away, keeping the appliance's profile sleek. Beer — or kombucha or dry soda — goes into the 5-liter keg.

The machine self cleans itself between brewing cycles, so after you make coffee or tea, a cleaning cycle keeps those flavors from wrecking your beer -- and vice versa. Removable parts can be put in the dishwasher.

For beer lovers, PicoBrew already has about 120 different PicoPaks (most $24-$30) based on beers made by breweries and home brewers. You can use the Pico U app to customize your recipes with the WiFi-enabled Pico U appliance.

Kickstarter boosters will get the first Pico U appliances, expected by year's end, Mitchell says. "We can't all of a sudden produce 10,000 for that at first month," he said.

But long-term, Mitchell said, "we think this universal beverage machine just opens up this whole new realm of creativity that goes way beyond beer."

It's Launch Day for our newest member of the Pico family! 🎉