The cocaine was seized in two operations off the coast of Costa Rica, according to the Coast Guard. 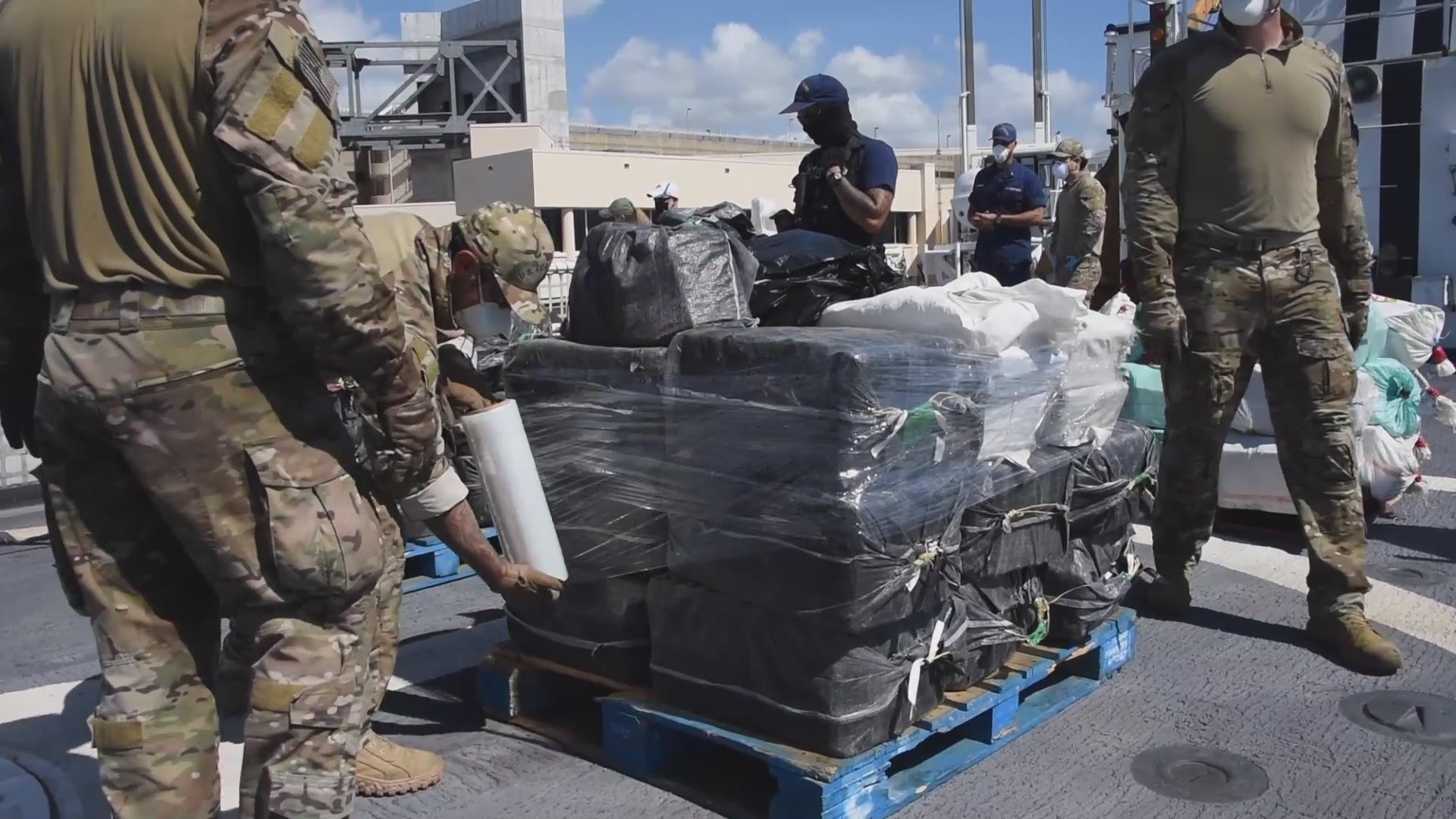 The haul unloaded at Port Everglades weighed about 6,800 pounds and is estimated to be worth about $118.3 million. The cocaine was seized in two operations off the coast of Costa Rica, according to the Coast Guard.

Other stories on WHAS11 News

FEMA reportedly warning states not to use $10.2M worth of COVID-19 testing kits made in 'unsanitary conditions'

1 / 12
AP
As Tamika Palmer, left, the mother of Breonna Taylor looks on, the artist Common addresses the crowd gathered on the steps of at the Kentucky State Capitol in Frankfort, Ky., Thursday, June 25, 2020. The rally was held to demand justice in the death of Taylor who was killed in her apartment by members of the Louisville Metro Police Department on March 13, 2020. (AP Photo/Timothy D. Easley)