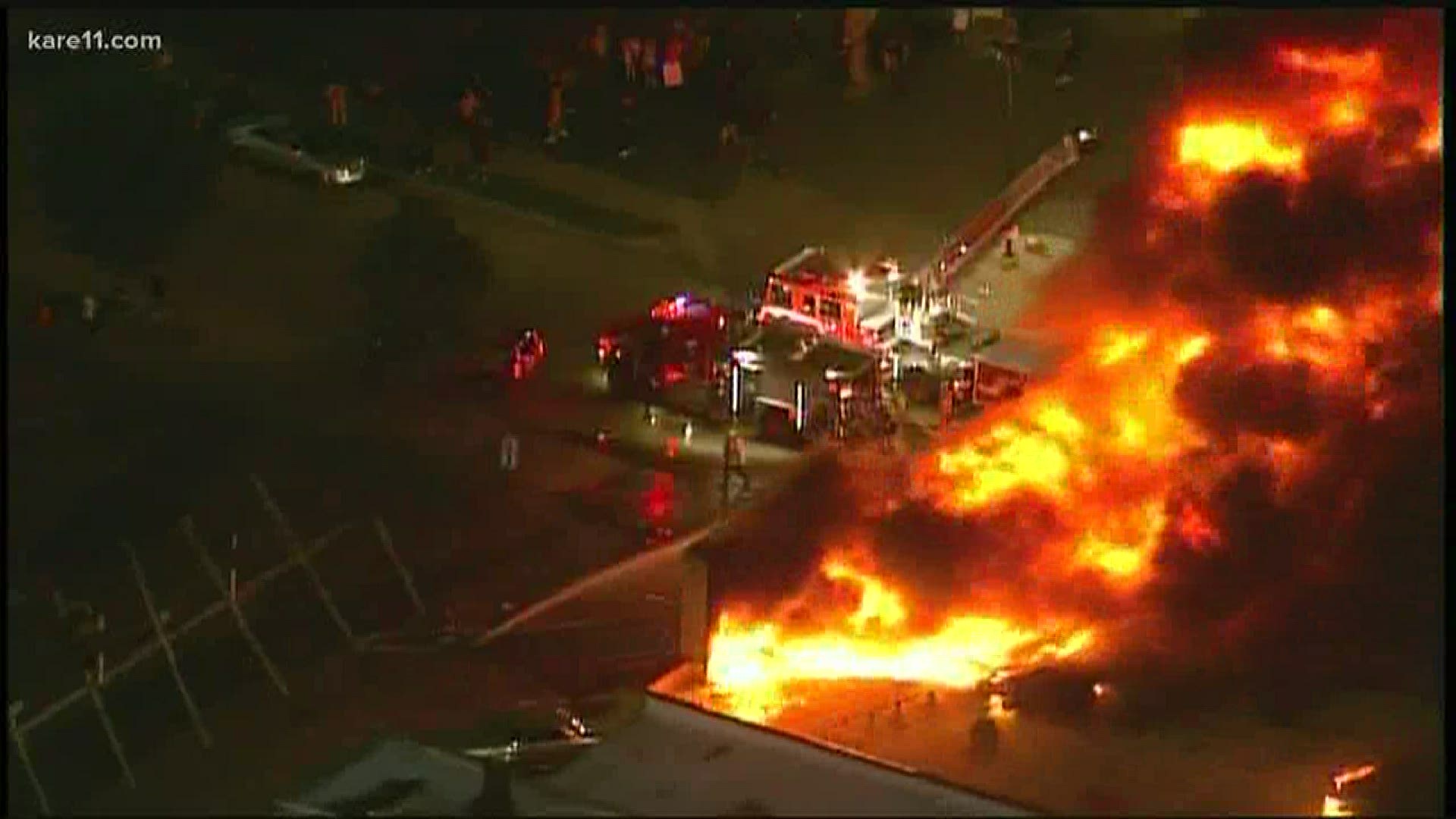 MINNEAPOLIS — A CNN news crew was arrested while live on television Friday morning as they reported on protests in Minneapolis related to the death of George Floyd.

The group, which included CNN reporter Omar Jimenez, was released later Friday morning, and went back on the air.

"A CNN reporter and crew was arrested by the State Patrol. A few minutes after hearing that, I was on a call with CNN president Jeff Zucker who demanded to know what happened. I take full responsibility," Walz said. "There is absolutely no reason something like this should happen. Calls were made immediately. This is a very public apology to that team."

During the live CNN report, several Minnesota State Patrol officers, some in riot gear, were seen on camera shoving at least one person before handcuffing Jimenez, along with a producer and photographer.

Just before being arrested, Jimenez said, "Wherever you want us we'll go... Just let us know and we got you."

He continued reporting while an officer held his arm. A second officer grabbed his other arm and said, "You're under arrest, sir."

"Can you tell me why I'm under arrest, sir," Jimenez said to the officer arresting him. "Why am I under arrest?"

The officer's response was inaudible.

CNN's public relations team tweeted the following statement: "A CNN reporter & his production team were arrested this morning in Minneapolis for doing their jobs, despite identifying themselves - a clear violation of their First Amendment rights. The authorities in Minnesota, incl. the Governor, must release the 3 CNN employees immediately."

The CNN camera, which was still recording, showed police walking off with the crew.

JUST IN: Minnesota police arrest CNN reporter and camera crew as they report from protests in Minneapolis. https://cnn.it/2Xcab9o

Minnesota State Patrol tweeted Friday morning, "In the course of clearing the streets and restoring order at Lake Street and Snelling Avenue, four people were arrested by State Patrol troopers, including three members of a CNN crew. The three were released once they were confirmed to be members of the media."

CNN's communications team replied to the state patrol by tweeting, "This is not accurate - our CNN crew identified themselves, on live television, immediately as journalists.  We thank Minnesota @GovTimWalz for his swift action this morning to aid in the release of our crew."

American Civil Liberties Union reacted to the incident on Twitter by saying, "Journalists should never be arrested in this country for doing their job. People are in the streets of Minneapolis demanding racial justice, and the public has a right to see it. Public transparency is absolutely necessary for police accountability."

For three days, there have been violent protests that spread from Minneapolis to nearby St. Paul while other angry demonstrations flared across the U.S over George Floyd's death.

He died after being pinned for minutes beneath Minneapolis Officer Derek Chauvin's knee on Monday.

In a widely circulated cellphone video of the subsequent arrest, Floyd, who was black, can be seen on the ground with his hands cuffed behind his back while Officer Chauvin presses him to the pavement with his knee on Floyd's neck. The video shows Chauvin, who is white, holding Floyd down for minutes as Floyd complains he can't breathe.

Bystanders can be heard begging the officer to take his knee off Floyd's neck. The video ends with paramedics lifting a limp Floyd onto a stretcher and placing him in an ambulance.

Jimenez tweeted hours before his arrest about what was unfolding in Minneapolis.