Some dinosaur migration was delayed by climate, study shows

Plant-eating dinosaurs arrived in the Northern Hemisphere millions of years later than their meat-eating cousins, according to a new study. 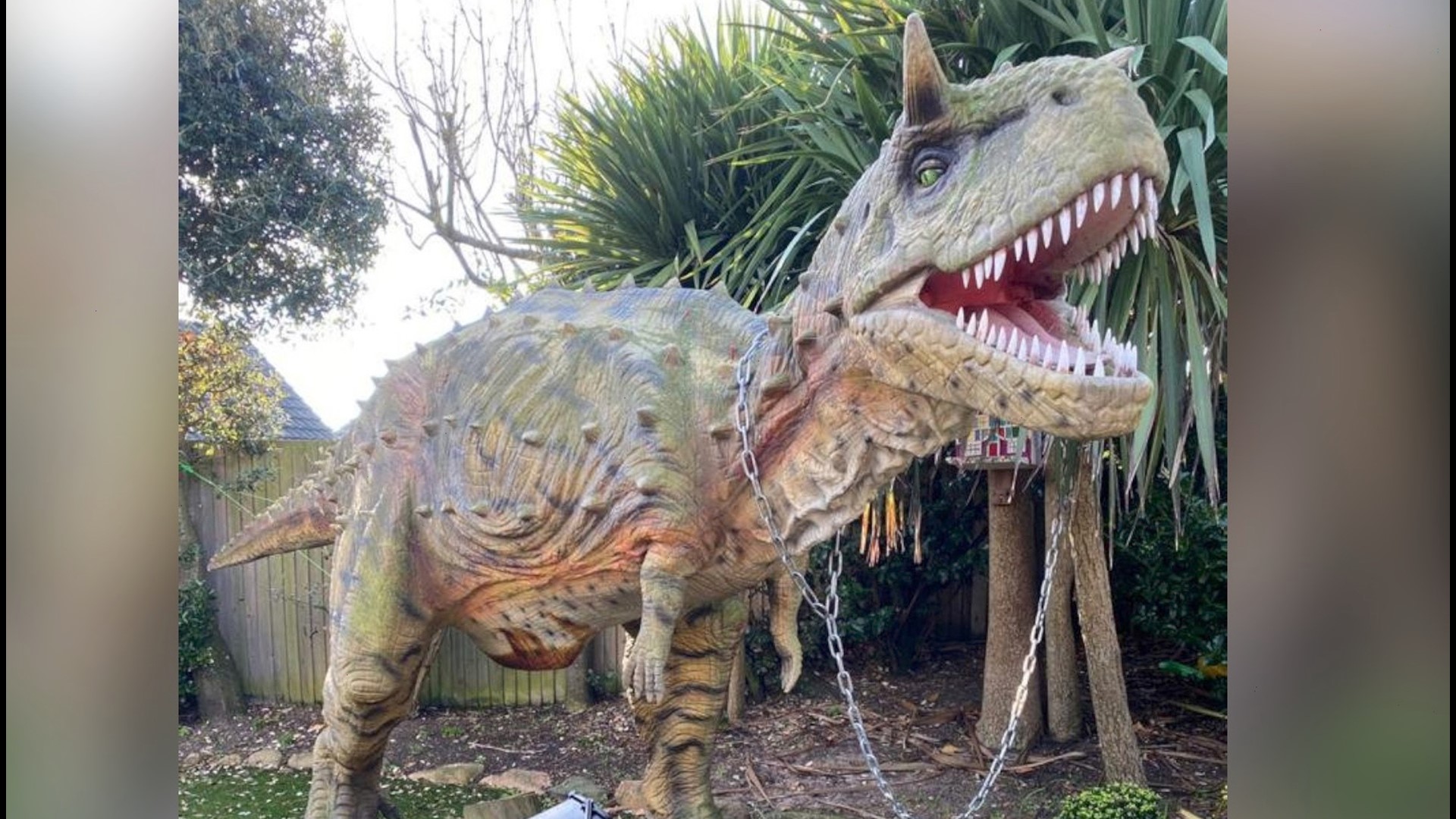 Plant-eating dinosaurs probably arrived in the Northern Hemisphere millions of years after their meat-eating cousins, a delay likely caused by climate change, a new study found.

A new way of calculating the dates of dinosaur fossils found in Greenland shows that the plant eaters, called sauropodomorphs, were about 215 million years old, according to a study in Monday’s Proceedings of the National Academy of Sciences. The fossils previously were thought to be as old as 228 million years.

That changes how scientists think about dinosaur migration.

The earliest dinosaurs all seemed to first develop in what’s now South America about 230 million years ago or longer. They then wandered north and all over the globe. The new study suggests not all dinosaurs could migrate at the same time.

So far, scientists haven’t found any example of the earliest plant-eating dinosaur family in the Northern Hemisphere that’s more than 215 million years old. One of the best examples of these is the Plateosaurus, a two-legged 23-foot (7-meter) vegetarian that weighed 8,800 pounds (4,000 kilograms).

Yet scientists find meat-eaters were pretty much worldwide by at least 220 million years ago, said Randy Irmis, a paleontologist at the University of Utah, who wasn’t part of the research.

The plant eaters “were late comers in the Northern Hemisphere,” said study lead author Dennis Kent, of Columbia University. “What took them so long?”

Kent figured out what probably happened by looking at the atmosphere and climate at the time. During the Triassic era, 230 million years ago, carbon dioxide levels were 10 times higher than now. It was a hotter world with no ice sheets at the poles and two bands of extreme deserts north and south of the equator, he said.

It was so dry in those regions that there were not enough plants for the sauropodomorphs to survive the journey, but there were enough insects that meat-eaters could, Kent said.

But then about about 215 million years ago, carbon dioxide levels briefly dropped in half and that allowed the deserts to have a bit more plant life and the sauropodomorphs were able to make the trip.

Kent and other scientists said Triassic changes in carbon dioxide levels were from volcanoes and other natural forces — unlike now, when the burning of coal, oil and natural gas are the main drivers.

Kent used changes in Earth's magnetism in the soil to pinpoint the more exact date of the Greenland fossils. That highlighted the migration time gap, said several outside experts both in dinosaurs and and ancient climate.

Kent’s theory about climatic change being the difference in dinosaur migration “is super cool because it brings it back to contemporary issues,” said Irmis.

It also fits with some animals around today that have migratory issues that keep them away from certain climates, said Hans-Otto Portner, a climate scientist and biologist at the Alfred Wegener Institute in Germany who wasn’t part of the study.

While the study makes sense, there is one potential flaw, said University of Chicago dinosaur expert Paul Sereno: Just because no fossils of plant-eaters older than 215 million years have been found in the Northern Hemisphere, that doesn’t mean there were no sauropodomorphs. The fossils just may not have survived, he said.

Credit: AP
This photo provided by Randall Irmis shows a Plateosaurus model at the State Museum of Natural History in Stuttgart, Germany.