Authorities are pouring through online posts, street surveillance and other intelligence as the FBI asked the public for information in their search for suspects. 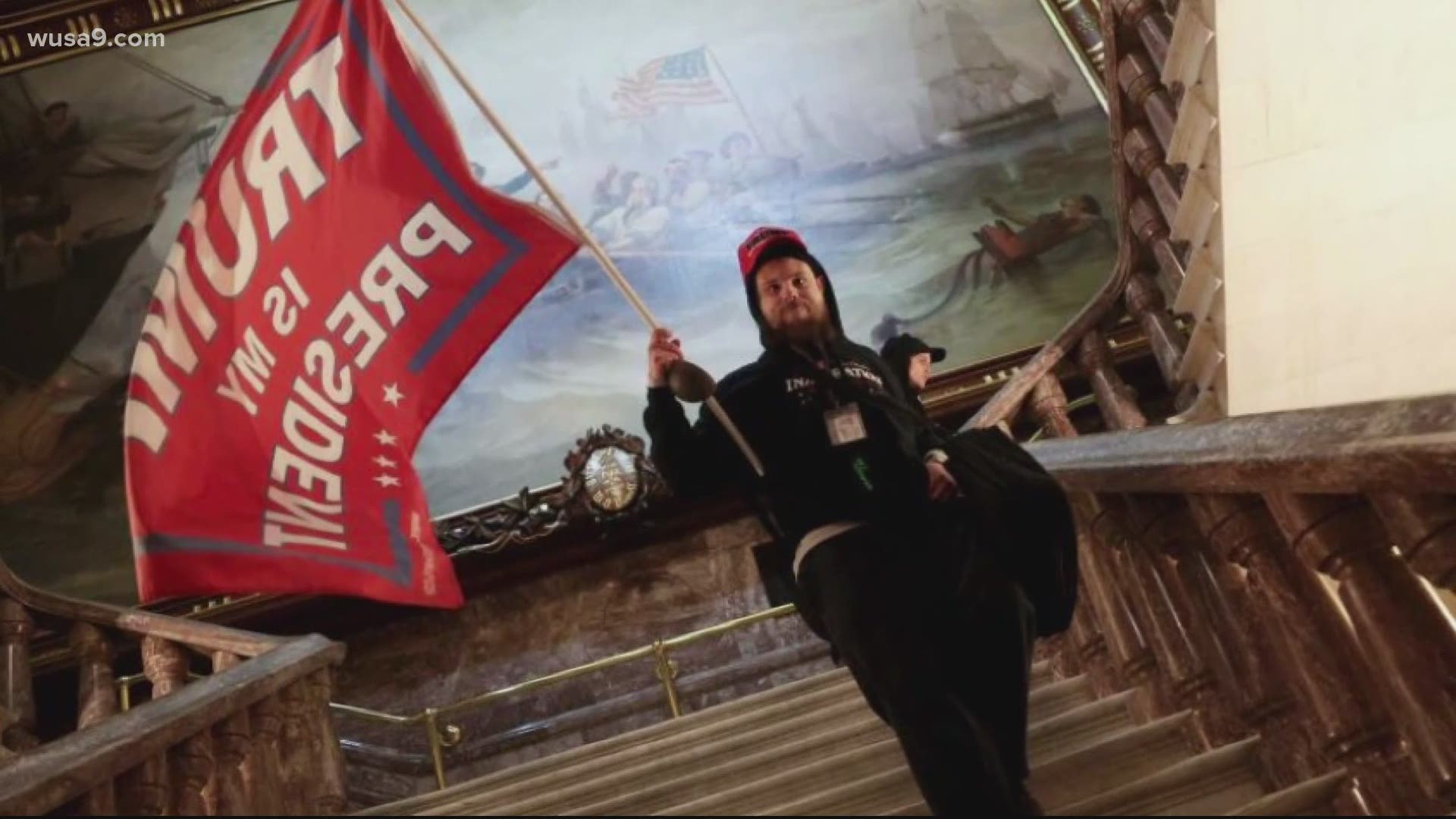 WASHINGTON — Potential threats and leads were still pouring in to law enforcement agencies nationwide days after the insurrection at the U.S. Capitol. The challenge now is figuring out what's real and what's just noise.

Investigators were combing through a mountain of online posts, street surveillance and other intelligence, including information that suggests mobs could try to storm the Capitol again. Threats to kill some members of Congress were reported.

Security has been tightened from coast to coast. Thousands of National Guard troops are guarding the Capitol ahead of President-elect Joe Biden’s inauguration. Governors and lawmakers are stepping up protections at statehouses after an FBI bulletin warned of threats to legislative sessions and other inaugural ceremonies.

And now, the FBI has made it clear they need the public's help in identifying individuals involved in the Capitol riot. In a Sunday tweet, the agency asked the public to help in their search to identify suspects said to have been involved in the assault on Metropolitan Police Department Officer Mike Fanone on January 6.

The #FBI is asking the public to help identify individuals involved in the assault of Metropolitan Police Department Officer Mike Fanone on January 6. Call 1-800-CALL-FBI (225-5324) or visit https://t.co/buMd8vYXzH if you have a tip. https://t.co/PDxH7EbNQx pic.twitter.com/OowWQineAU

And members of Congress, like Rep. Veronica Escobar are asking the people of their districts to be vigilant in helping the FBI identify riot suspects. Escobar asked the people of El Paso on Twitter Sunday to help identify anyone involved by submitting tips to the FBI via their website or by phone.

To ensure the safety of our community and our country, El Pasoans have the responsibility to assist the @FBI in identifying those who aided and abetted the January 6 attack.

A primary concern is the safety of members of Congress, particularly when they are traveling through airports, according to two U.S. officials briefed on the matter.

RELATED: '2021 version of a wanted poster' | People are using social media to identify those at Capitol riots

The FBI and other federal authorities use their substantial resources to prepare. But smaller local police departments lack the staff to hunt down every tip. They must rely heavily on state and federal assessments to inform their work, and that information sometimes slips through the cracks — which apparently happened last week.

A day before the deadly attack on the Capitol, the FBI sent an intelligence bulletin warning of potential violence to other agencies, including the Capitol Police. But officials either did not receive it or ignored it — and instead prepared for a free-speech protest, not a riot. It took nearly two hours for reinforcements to arrive to help disperse the mob. Five people died, including a Capitol officer.

“There are some grammar schools that are better protected than the Capitol,” said Brian Higgins, a professor at the John Jay College of Criminal Justice in New York and the former chief of a northern New Jersey police force.

Since last week, the FBI has opened 170 case files and received more than 100,000 pieces of digital media. The threats have ranged in specificity and complexity, according to officials briefed on them, making it difficult for authorities to determine which could be credible.

1 / 21
AP
Police with guns drawn watch as protesters try to break into the House Chamber at the U.S. Capitol on Wednesday, Jan. 6, 2021, in Washington. (AP Photo/J. Scott Applewhite)

Combing through intelligence isn't the same as shoe-leather detective work. Large departments like New York and Los Angeles have dedicated intelligence units — the NYPD even disseminated its own bulletin ahead of the riot. But smaller police forces rely on joint terrorism task forces and so-called fusion centers that were set up around the country after the 2001 attacks to improve communication between agencies.

Norton, Kansas, Police Chief Gerald Cullumber leads a seven-member department in the northwestern part of the state. He said he relies on larger agencies like the Kansas Highway Patrol because his agency is too small to do its own intelligence work. But Cullumber said he stays up to date on the latest information and briefs his officers.

Once they receive intelligence reports, it’s up to local agencies to plan and take action to keep their communities safe, said Rich Stanek, the former sheriff of Hennepin County in Minnesota who now works in consulting and started the Public Safety Strategies Group.

“If I was the sheriff today, I would be taking it very seriously,” he said. “If they told me Jan. 17 is the date, yeah, I think it’s reasonable to plan for one week ahead and one week behind.”

Mike Koval, who retired in 2019 as the police chief in Madison, Wisconsin, said his state's two fusion centers have technology and resources that go far beyond those of a single local police department.

Staying on top of all the potential intelligence on the internet is like “going to a water fountain to get a drink of water, and it’s coming out with the strength of a fire hydrant and it will take your jaw off,” Koval said.

Meanwhile, elected officials nationwide, including President Donald Trump, have started to urge calm amid the threats. Trump egged on the riots during a speech at the Washington Monument, beseeching his loyalists to go to the Capitol as Congress was certifying Biden’s victory. He took no responsibility for the riot.

“In light of reports of more demonstrations, I urge that there must be NO violence, NO lawbreaking and NO vandalism of any kind,” Trump said in a statement Wednesday. “That is not what I stand for, and it is not what America stands for. I call on ALL Americans to help ease tensions and calm tempers.”

Experts say explicit or implicit bias likely helped downplay last week's threat because the protesters were white, and that must change, said Eric K. Ward, a senior fellow with the Southern Poverty Law Center and an expert on authoritarian movements and hate groups.

That could be why Capitol police were so unprepared, compared with the much more aggressive law enforcement response to last summer's protests following the death of George Floyd and other Black men killed by law enforcement.