It's believed Clinton was dealing with a blood infection, or sepsis, and it was being treated with antibiotics, CNN reports. 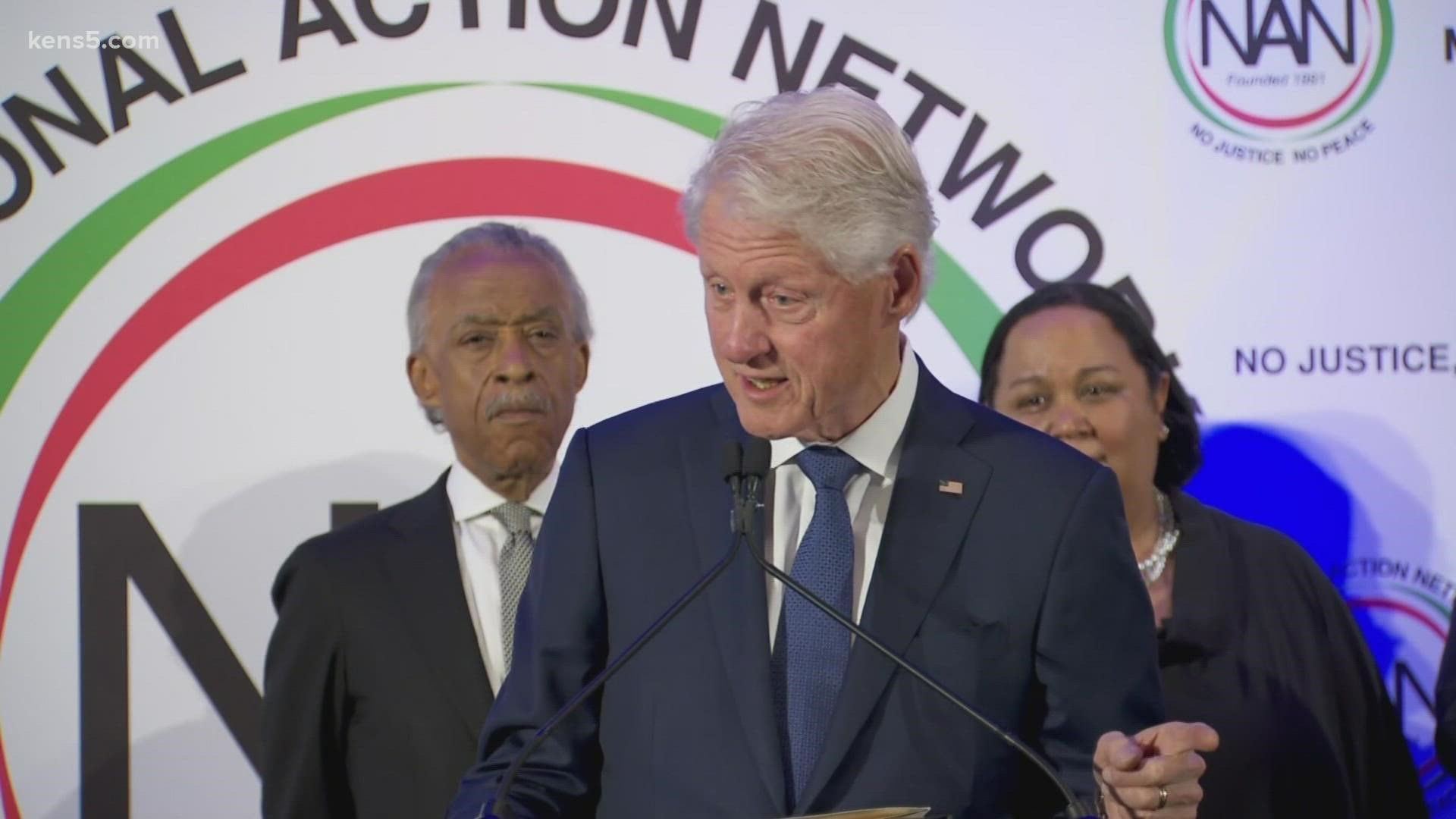 ORANGE, California — Bill Clinton will remain hospitalized overnight as he recovers from a urological infection. But a spokesman said Friday that he was doing better and was in good spirits.

“All health indicators are trending in the right direction, including his white blood count which has decreased significantly," spokesman Angel Ureña said in a statement.

Clinton, 75, will remain at the University of California Irvine Medical Center overnight so that he can receive further intravenous antibiotics, Ureña said.

“President Clinton continues to be in excellent spirits, and is deeply grateful for the outstanding care he is receiving and the well wishes that people have sent from across America and around the world," the statement said.

An aide to the former president said that Clinton was in an intensive care section of the hospital, though not receiving ICU care.

The aide, who spoke to reporters at the hospital on the condition his name wasn’t used, did not elaborate on the reason Clinton was in the ICU. He said Clinton had a urological infection that spread to his bloodstream, but he is on the mend and never went into septic shock, a potentially life-threatening condition.

Clinton was in good spirits and juggling books and watching TV coverage about his hospitalization, the aide said. Hillary Clinton was with him in the hospital, though not his daughter, Chelsea Clinton. There was no immediate word on any timeline for his release.

President Joe Biden said Friday during remarks at the University of Connecticut that he had spoken to Clinton and the former president “sends his best.”

"We’re all thinking about President Clinton today," he said. "He’s always been the comeback kid.”

Later, Biden told reporters that Clinton is “not in any serious condition" and is “getting out shortly.”

Clinton was hospitalized on Tuesday evening for what Ureña only described as a non-COVID-19-related infection.

In the years since Clinton left the White House in 2001, the former president has faced health scares. In 2004, he underwent quadruple bypass surgery after experiencing prolonged chest pains and shortness of breath. He returned to the hospital for surgery for a partially collapsed lung in 2005, and in 2010 he had a pair of stents implanted in a coronary artery.

He responded by embracing a largely vegan diet that saw him lose weight and report improved health.

He repeatedly returned to the stump, campaigning for Democratic candidates, mostly notably his wife, Hillary, during her failed 2008 bid for the presidential nomination. And in 2016, as Hillary Clinton sought the White House as the Democratic nominee, Bill Clinton — by then a grandfather and nearing 70 — returned to the campaign trail.

A spokesman for the Clinton Foundation said the former president was in the Los Angeles area for private events related to his charitable organization. The UCI Medical Center is in Orange County, about 40 miles (64 km) southeast of Los Angeles.