The White House says President Joe Biden has postponed plans to head to his Delaware home on Friday and instead will spend the night in Washington. 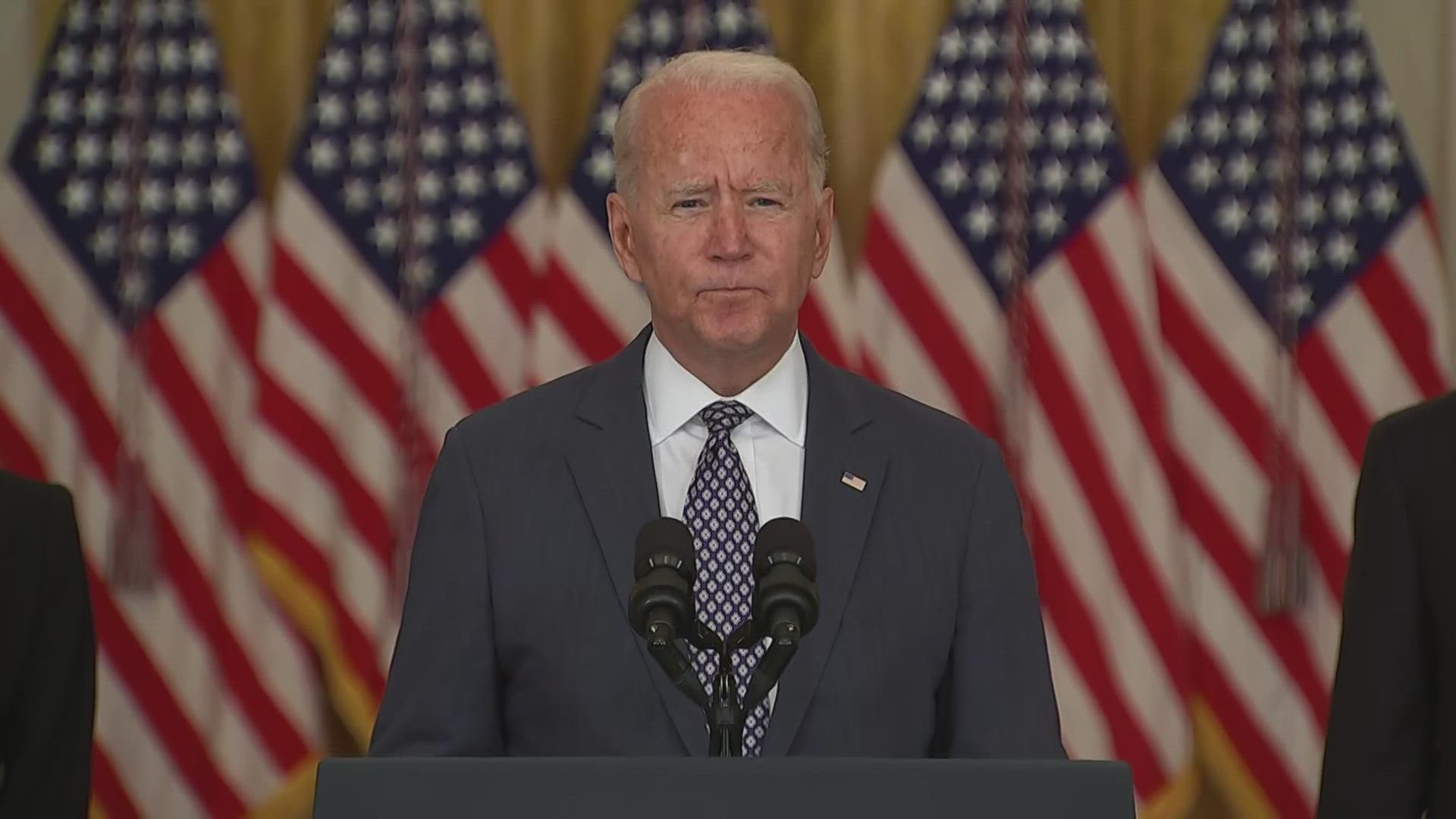 WASHINGTON — Amid the continuing crisis in Afghanistan, President Joe Biden postponed plans to head to his Delaware home on Friday and instead will spend the night in Washington.

The White House announced the latest schedule change hours before Biden spoke about the chaotic evacuation of American citizens and allies from Afghanistan. The president has been under mounting pressure over his decisions in Afghanistan, which ultimately led to last weekend's collapse of the U.S.-backed government and complete takeover of the country by Taliban militants.

The U.S.-led evacuation effort has been complicated by a range of obstacles, from armed Taliban manning checkpoints to airport pandemonium to cumbersome red tape.

Though the pace of evacuations has picked up, tens of thousands of people are still waiting to leave. Biden has set an Aug. 31 deadline to withdraw U.S. troops from Afghanistan.

The White House offered no explanation for the schedule change, which came near the end of a topsy-turvy two weeks that Biden had planned to spend in Delaware.

RELATED: President Biden pledges to Americans in Kabul: 'We will get you home'

He was now expected to head to Wilmington on Saturday and stay through the weekend.

The news of Friday's change was announced minutes before the small group of reporters, and some White House aides, who accompany the president were set to head to Delaware to be in position to watch the Marine One military helicopter arrive with the president.

Biden had planned to spend a couple of weeks away from the White House, starting earlier this month, as most presidents try to do in August, a traditional vacation month in Washington.

He left the nation's capital as the Senate debated a $1 trillion infrastructure bill and returned to the White House to take a victory lap after the measure passed on a big bipartisan vote.

As the Taliban continued its takeover of key Afghan cities, Biden went to the official Camp David presidential retreat in Maryland, which is where he was when the Afghan government collapsed last weekend.

Under pressure to comment, Biden returned to the White House on Monday and addressed the nation before he returned to Camp David.

He flew back to the White House on Tuesday night to be interviewed on Wednesday about the situation in Afghanistan by George Stephanopoulos of ABC News.

Biden remained at the White House with plans to leave Friday — before he changed the plan again.