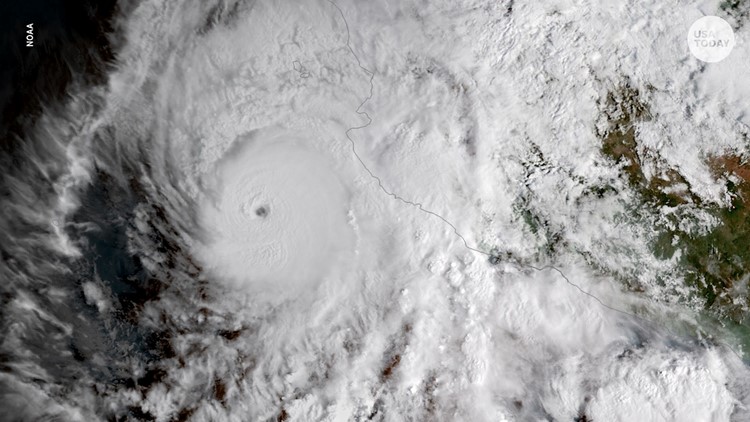 The oceans near North America have been angry this year.

When all the hurricanes and tropical storms that have formed in the Atlantic and eastern Pacific Oceans this year are added together, the 2018 hurricane season is the most active season ever recorded, Colorado State University meteorologist Phil Klotzbach announced Tuesday.

Florence and Michael were the most destructive storms in the Atlantic, while the eastern Pacific featured several powerhouse storms, including Lane, Rosa, Sergio and now, Willa.

To determine the strength of a given season, scientists use the "Accumulated Cyclone Energy" (ACE) index, which adds together the intensity and duration of all the tropical storms and hurricanes that formed.

So far in 2018, the ACE for the Atlantic and eastern Pacific seasons together is 432 units of energy, shattering the record of 371, which was set in 1992, Klotzbach said.

On average, the two ocean's combined ACE is 221 units.

A total of 22 named storms have formed in the eastern Pacific, still five short of the all-time record of 27 set in 1992.

The fierce season in the Pacific was due in part to abnormally warm sea-surface temperatures there, which in some places was as much as 2 to 4 degrees above average.

As the global climate heats up in the decades ahead, sea water will also warm, potentially fueling more storms. Scientists in a 2015 study in the Journal of Climate predicted an increase in tropical cyclone frequency in the eastern Pacific Ocean and near Hawaii.

Both the Atlantic and Pacific hurricane seasons will continue until Nov. 30, so the final chapter on this year's activity cannot be written quite yet.