Trump tariff plan could be boon and curse for this state 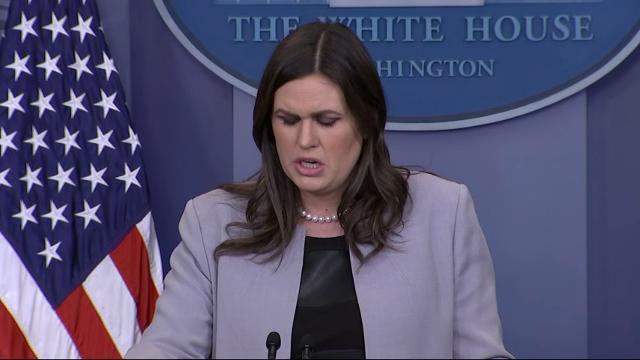 WASHINGTON — No state has more to gain than Indiana from President Trump’s steep new tariffs on steel and aluminum imports.

And no state has more to lose either.

Indiana is the top steel producing state in the country. It’s also the most manufacturing intensive state, a leading producer of automobile and truck parts that rely on cheap steel and aluminum.

Those two strengths make Indiana a case study in the contradictory consequences that could flow from Trump’s tariffs of 25% on steel and 10% on aluminum, which he formally announced Thursday.

"I’m delivering on a promise I made during the campaign," Trump said.

It's no wonder, then, that steel producers in the state are applauding Trump's plan, while manufacturers are anxious about it. And the state's Republican officials — including Vice President Mike Pence — are stuck in the middle.

“Indiana certainly has more to gain than any other state if this relief is put into effect,” said Scott Paul, president of the Alliance for American Manufacturing, which represents steel makers. If Trump doesn't try to stop China and other countries from dumping cheap steel into the U.S. marketplace, Indiana will lose businesses and hemorrhage jobs, Paul said.

Indiana's manufacturers have a different view. Many of those businesses use steel in their products, or sell their goods to other countries that might retaliate if the tariffs spark a broader trade war.

“Since these manufacturing companies are such a large share of income and jobs in Indiana, it is likely that the Indiana economy would suffer from the tariffs even though we do produce aluminum and steel,” said Wally Tyner, an agricultural economics professor at Purdue University.

That dichotomy helps explains why, in a state Trump won by 19 percentage points on an economic populist message, public officials are so divided over his policy.

Indiana’s Republicans, who have championed free trade policies for years, have mostly praised Trump’s effort to stand up for American steelworkers, while also pressing the president to take a more tailored approach.

Take Indiana Gov. Eric Holcomb. He said he supports changes that punish “those who do not play by the rules.” But he also said he wants “exemptions that protect Indiana’s trading partners.”

Rep. Jackie Walorski, R-Ind., warned Trump last week that a manufacturer has already cancelled plans for a plant in her north central Indiana district because of the planned tariffs. Nearly one-quarter of the jobs in Walorski’s district are in manufacturing, the second-highest percentage in the country.

The owner, whom Walorski did not identify in a letter to Trump, was expecting to use savings from the GOP tax cut to fund an expansion, she said. But after Trump announced his intent to impose tariffs, the owner decided “the risk is too high.”

On the other side of the political fence, one of Indiana’s House Democrats, Rep. Pete Visclosky, whose northwest Indiana district is home to North America’s largest steel mill, has offered a full-throated endorsement of Trump's plan. He said it will protect the nation’s steelmaking capabilities and the livelihoods of steelworkers.

Billy McCall, president of a local steelworkers union that represents some of the approximately 24,000 Hoosiers working in steel mills, said the tariffs will be very beneficial to steelworkers if Trump exempts Canada or Mexico.

After watching the number of steelworkers decline over his 24 years in the industry, McCall expects U.S. Steel’s Gary Works — the largest integrated steel mill in North America — to start hiring in part because of the tariffs. McCall, who is at least a fourth-generation steel worker, said the move will give the industry an even playing field.

“It definitely means more jobs,” McCall said. “For a person coming out of high school who possibly wasn’t going to get a college education, there’s not a better job to support a family than the one I’ve got.”

Looking forward to 3:30 P.M. meeting today at the White House. We have to protect & build our Steel and Aluminum Industries while at the same time showing great flexibility and cooperation toward those that are real friends and treat us fairly on both trade and the military.

Candidates running for Senate in Indiana this year all hedged when asked about the tariffs.

Even Vice President Mike Pence is in a tough spot on the issue. Politico reported Wednesday that the longtime free-trader is publicly praising his boss’ move — while working behind the scenes to scale it back. Pence grew up in Columbus, Ind., where more than half the economy is driven by exports.

Credit: AJ Mast, AP Images for Cummins
Cummins unveiled a concept all-electric truck Aug. 29 in Columbus. It can operate for up to 100 miles on a full charge.

"This is anathema to every position he’s taken in public life," said Arizona Sen. Jeff Flake, a friend of Pence's who has reached out to the White House through Pence to try to stop the tariffs. "I hope he's not happy with the direction."

Even if there’s not a broader trade war, the impacts of the tariffs — both positive and negative — will be greater in Indiana than they are nationally, said Keith Belton, director of the manufacturing policy initiative at the Indiana University School of Public and Environmental Affairs.

“The benefits of tariffs like this accrue to a narrow group of steel producers. The costs are spread out widely across a lot of users of steel,” Belton said. "Indiana has plenty of both.”